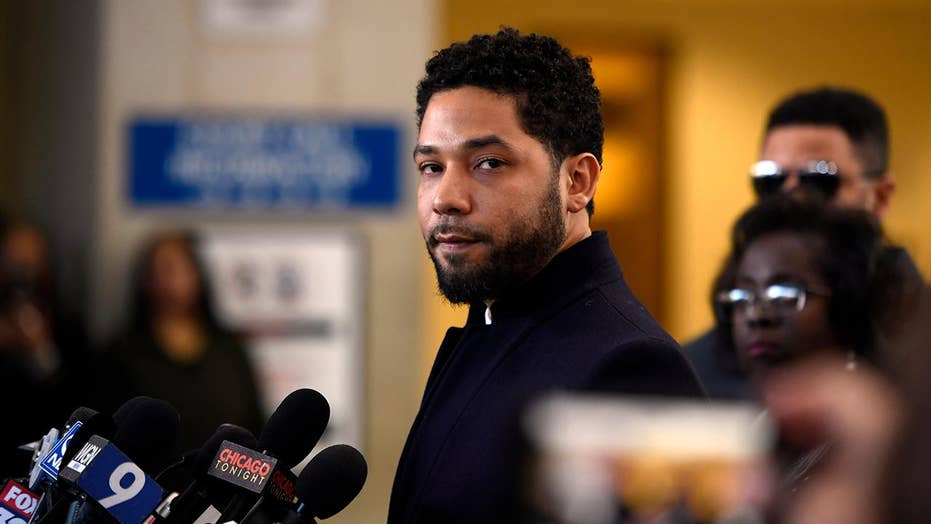 More than 2,000 documents from Jussie Smollett case made public

Jussie Smollett has returned to social media, sharing his first Instagram post since January when he alleged he'd been the victim of a hate crime — a claim Chicago cops later accused him of faking following an extensive investigation.

"… In 'Choir Boy,' set in the fictive Charles R. Drew Prep School for Boys, we chronicle the moment when a black queer kid, Pharus, tries to use their gift of song to uphold his great legacy of spirituals and the moment his community accepted his gift but diminished his light," McCraney said. "The bodies that uphold the great legacy of spirituals are often black and queer. When will we love all of them for who they are, not just for what they can do?"

Smollett captioned the clip: "So much #PRIDE."

One day later, Smollett filed a police report alleging that two masked men attacked him, put a rope around his neck and poured bleach on him. Smollett, who is black and openly gay, claimed the men made racist and homophobic comments and yelled "This is MAGA country," a pointed reference to President Trump’s "Make America Great Again" campaign slogan.

After an intense investigation, police said Smollett staged the entire episode to drum up publicity for his career.

He was arrested for allegedly filing a false police report and faced 16 counts of disorderly conduct stemming from the incident. However, during a short and stunning hearing in March, the office of Cook County State’s Attorney Kim Foxx dropped the charges against Smollett, though his bail was forfeited.

Smollett has maintained his innocence, strongly denying the accusations.

After the charges were dropped on March 26, the court approved a request by his lawyer to seal the case. Several news organizations, including The Associated Press and The New York Times, asked the judge to reverse the decision, arguing there was a need for more transparency as to why prosecutors suddenly decided to abandon charges. Smollett’s lawyers had argued that since the case was dropped, Smollett had "the right to be left alone."

But, Judge Watkins disagreed and on May 23 ordered Smollett's criminal case file unsealed.

Smollett "voluntarily appeared on national television for an interview speaking about the incident in detail," the judge wrote. "After the March 26 dismissal, he voluntarily stood in front of cameras from numerous news organizations in the courthouse lobby and spoke about the case. On several occasions, attorneys for defendant, presumably with his authorization, appeared on various media outlets speaking about the case."

Watkins added, "These are not the actions of a person seeking to maintain his privacy or simply to be let alone."

One week after Watkins' decision, the Chicago Police Department released the documents. They included more than 460 pages of case reports, arrest files and supplementary files, Chicago police spokesman Anthony Guglielmi said in a statement to Fox News on May 30.