A romantic rendezvous? Justin Bieber and Hailey Baldwin were spotted getting cozy during a Miami getaway.

The on-again, off-again pair kicked off their fun-filled trip on Friday, June 8. Baldwin, 21, and the “Friends” crooner, 24, had a “rare, low-key night” at the W South Beach with friends, according to an eyewitness. The next day, the duo was all smiles as they soaked up the sun. The model was seen helping a shirtless Bieber towel off as they relaxed on their hotel balcony. 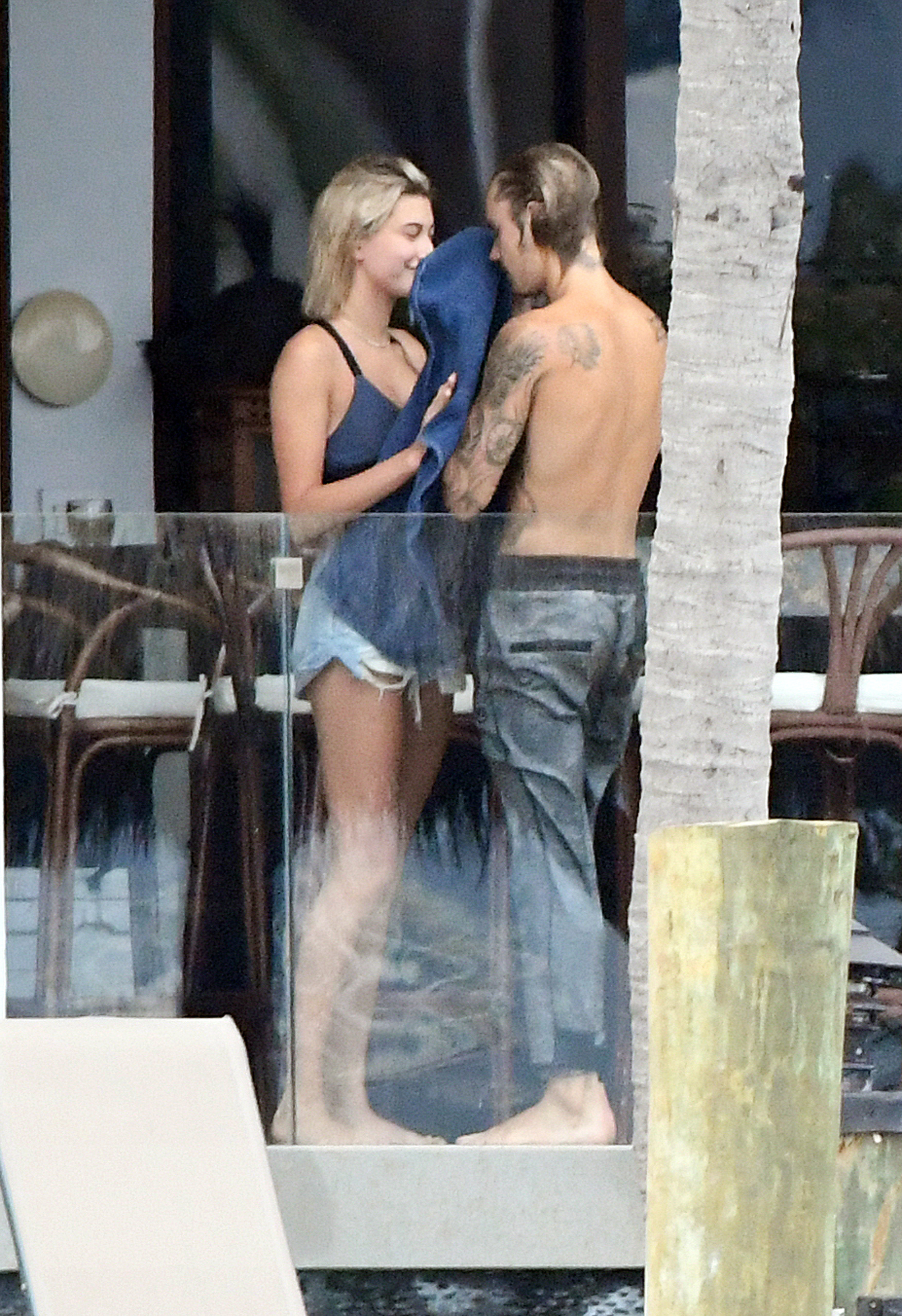 One day later, the blonde beauty and Bieber were spotted attending a VOUS church conference, followed by a romantic dinner at Casa Tua. The pair closed out the evening at LIV nightclub, where, an onlooker tells Us, the two were “being veery flirty and dancing on each other” while “holding hands.”

“Justin [put] his arm around Hailey throughout the night,” the onlooker adds of the pair, who left together holding hands around 3:20 a.m. “[They] didn’t shy away from the crowd or onlookers.”

Bieber and Baldwin’s PDA-packed outing comes nearly six months after he reached out to her while he was dating Selena Gomez.

“Justin reached out to Hailey. They didn’t talk on the phone and it wasn’t in person, just an exchange of texts,” the source exclusively told Us at the time. “There is nothing going on between her and Justin. She’s not interested in Justin in the slightest and he’s not interested in her.”

Although the private pair rarely spoke about their on-again, off-again relationship, which ran from 2015 to 2016, Baldwin told E! News in February 2016 that she and Bieber were “not an exclusive couple.” The duo went public with their love one month prior, when Beiber shared a steamy photo of them kissing.

Baldwin was recently linked to Shawn Mendes, and the two made headlines for attending the 2018 Met Gala together in May. Shortly after the star-studded occasion, Mendes shot down dating rumors and emphasized that he and Baldwin are just “really good friends.”

Meanwhile Bieber and Gomez, 25, pressed pause on their on-again, off-again romance in May. “Selena started seeing the picture when it came to their relationship, like what was more important: her general happiness and her family and friends’ approval, or being together with Justin, where no one really supported their relationship,” an insider exclusively told Us at the time. “She obviously chose happiness and her friends, and family and is so thrilled about the decision-making process. She feels more empowered than ever and is looking forward to this next chapter.”