Justin Bieber and Hailey Baldwin are heating up! The pair were spotted holding hands after going to a spa and having dinner at Cipriani in New York City on Thursday, June 21.

An eyewitness tells Us Weekly exclusively that Bieber, 24, and Baldwin, 21, “sat across from each other and kept up good conversation while making each other laugh and giggle the entire time” they were at the restaurant. 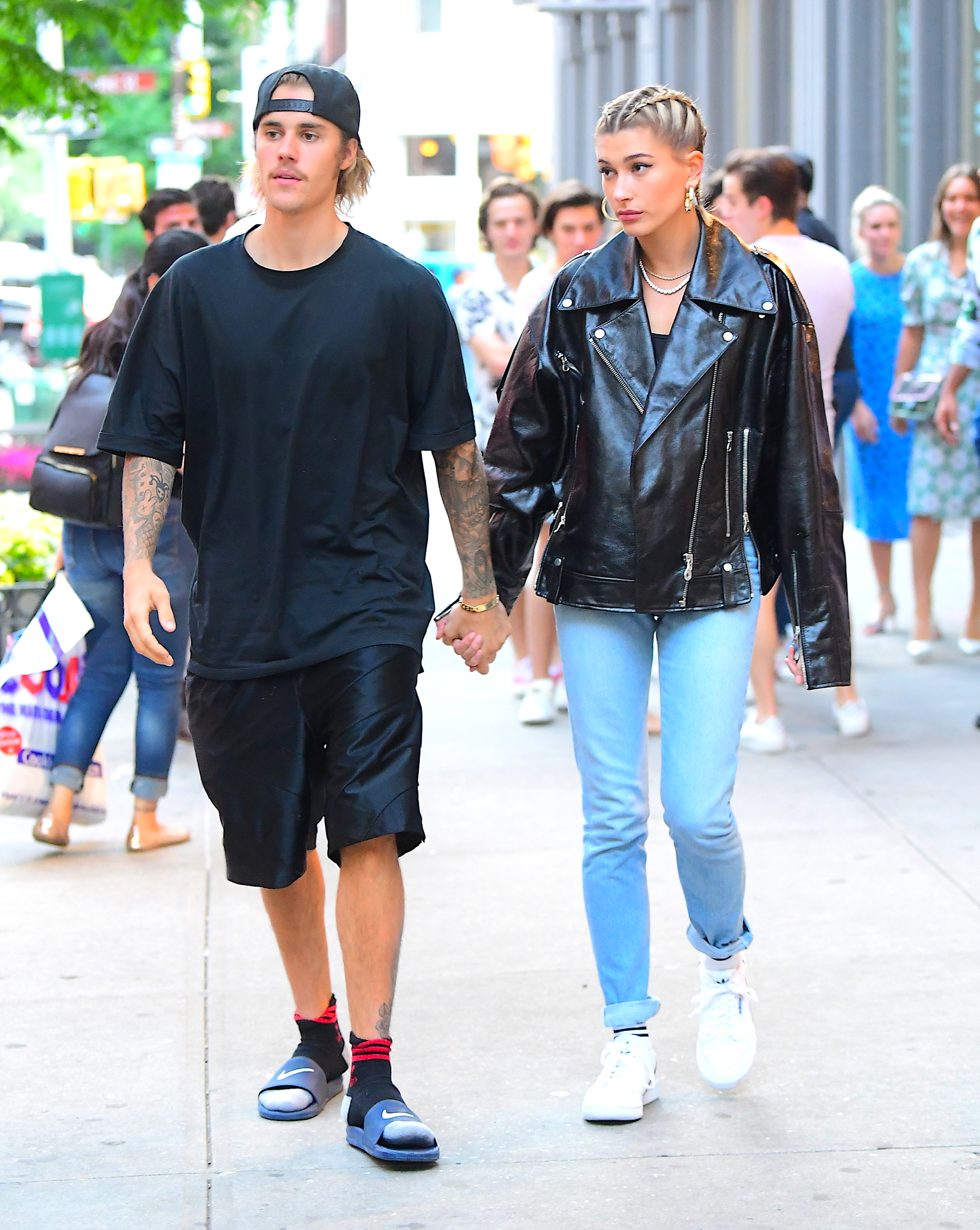 The duo started their meal with fruity cocktails. At one point, the “Friends” singer “fed Hailey some of his meal with his fork.” Later on, he “stuck his finger in the icing” of their dessert and “licked it off.” Throughout the night, “Hailey couldn’t stop smiling and neither could Justin,” the onlooker tells Us. “It’s obvious that they get along well and have a very fun and loving relationship from the way that they interacted with each other.”

Bieber and Baldwin even coordinated their outfits. He kept it casual in a black T-shirt, basketball shorts, a baseball cap and Nike sandals, while she rocked a black leather jacket, skinny jeans and white sneakers. The model pulled back her blonde locks in a tight braid.

Later in the evening, the pair visited Washington Square Park and enjoyed a drink at a bar inside The Bowery Hotel. When they left, they “were very touchy feely and were hugging,” a second eyewitness tells Us. The Grammy winner and the Drop the Mic cohost then “stopped on the corner to kiss,” the onlooker adds.

Bieber and Baldwin, who previously dated from 2015 to 2016, were first seen being flirty on June 8 during a trip to Miami. A source later confirmed to Us exclusively that the pair are “hooking up again.” They have since stepped out together on several occasions in the Big Apple, though neither have commented on the status of their relationship.

However, a source tells Us, “They’re on — full-on. Justin is in such a better place. They’ve been friends for years and it never worked out. They’re having fun, but he really likes Hailey. They’re good for one another.”

The “Baby” crooner previously dated Selena Gomez on and off from 2011 to 2014 and again from November until this March. Dating rumors swirled around Baldwin and Shawn Mendes for months, but a source recently told Us that the stars were “never a couple” and simply have “a flirty friendship.”