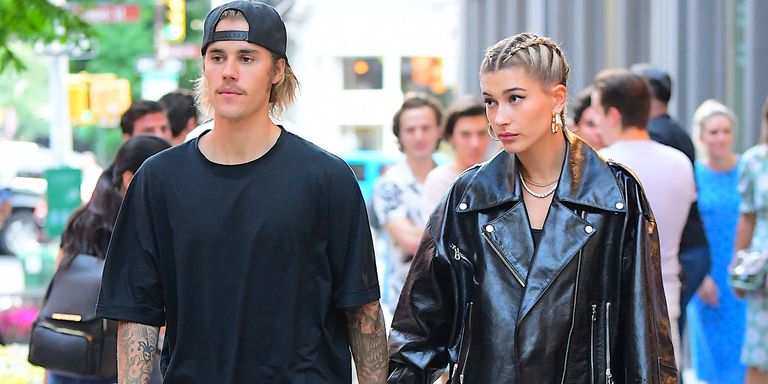 Justin Bieber and Hailey Baldwin have been spotted bouncing around from Miami to New York. This weekend, they took their love tour to Washington.

The on-again-off-again couple was spotted together hanging out at the pool and at church services. Twitter users posted a photo that shows the two hanging out in a Roslyn, Washington hotel in a hot tub with other guests.

One user on Instagram posted some sneaky pics of Bieber from the pool, writing, “He was right beside us in the hot tub and very sweet with the younger kids mesmerized by him.”

We were pleasantly surprised with a celebrity siting. ? We all now have Bieber fever! First pic is my cousin. Second pic is my daughter. Third pic is part of our group in the hot tub and Justin on the right. We didn't ask for a photo with him. He was right beside us in the hot tub and very sweet with the younger kids mesmerized by him. I wish we could have heard him sing. #bieberfever #girlsweekend #suncadia

They were later spotted attending a church service at Churchome in Kirkland, Washington. Hailey, 21, and Justin, 24, sat front row to listen to Pastor Judah Smith. “They both have two things in common; they love to party and they love their church organization,” an insider told E! News.

Bieber and Baldwin’s relationship has been on and off for years, after they first sparked dating rumors in 2014. The pair began a recent string of public sightings earlier in June when they were spotted spending the weekend together in Miami. The trip also included pool hangouts and joint sightings in church.

Days later, they packed on the PDA during a visit to New York. At one point, they were even spotted kissing in a Brooklyn Park, which sent fans into a frenzy.

Just last weekend, they casually went Instagram official in a short, but very telling, selfie video. Bieber panned the camera to Baldwin, who playfully stuck her tongue out.

Neither have confirmed the official status of their relationship, but from the looks of it they seem pretty serious. Bieber and ex-girlfriend Selena Gomez have are not in touch anymore, a sourced told People. “Justin has no contact with Selena now. He seems fine with it,” the insider said. Gomez is now rumored to be dating Italian producer Andrea Iervolino.

Baldwin was previously linked to Shawn Mendes. They attended the 2018 Met Gala together, but when asked if she and the singer were an item, Baldwin told The Times UK, “we hang out and he’s super-lovely and a very, very nice young gentleman, but I am single.”