The vague tweet and ill timing made some fans think that the 43-year-old is trying to shade Justin’s ex-girlfriend Selena Gomez in her recent tweet.

AceShowbiz –
Justin Bieber‘s mom Pattie Mallette has been tweeting cryptic posts on Twitter, prompting people to wonder what was the meaning of those ambigous messages. The 43-year-old, who previously wrote a tweet that seemed like a support for her son and Hailey Baldwin‘s alleged secret marriage, took to the micro-blogging site to write, “Leave it in the past. Buh bye.”

The vague tweet and ill timing made some fans think that Pattie was trying to shade Justin’s ex-girlfriend Selena Gomez. One angry fan replied to the tweet, “I mean I get that Justin was Selena first love but if we get this whole shading thing this year when he’s with hailey now my mood will be Justin’s : serious?” 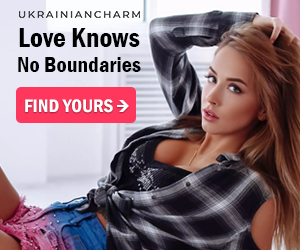 Another fan seemingly has had enough of Pattie’s cryptic tweets, saying, “Me looking at how everything she tweets is based on Justin’s relationships…” One other slammed the “Despacito” hitmaker’s mom for allegedly changing her side. “So now ur suddenly accepting hailey for J’s life? Are u f***ing dumb? Grow up pattie. Open your eyes. She isn’t good for him. Stop being a pushover, your literally going against God,” the fan tweeted.

However, not all the comments were bad as someone jump to her defense and said, “These comments are ridiculous. Pattie tweets all the time without it being directed to anyone.. So stop associating everything she tweets about with certain people or Justin…” Some others echoed Pattie’s tweet should it was about leaving Selena and her and Justin’s story in the past. “Just look at how Justin loves Hailey. Pattie is happy for them. Selena’s nowhere in the picture,” the fan said.

Justin, who was rumored to have applied for U.S. citizenship, was previously spotted at the Marriage Bureau at the City Clerk’s Office with Hailey, sparking rumors of them having legally married. The “Love Yourself” hitmaker was also overheard thanking a court official for keeping his visit low-key, and another eyewitness revealed the couple was making plans to jet out of the country, pointing to a possible last-minute honeymoon.