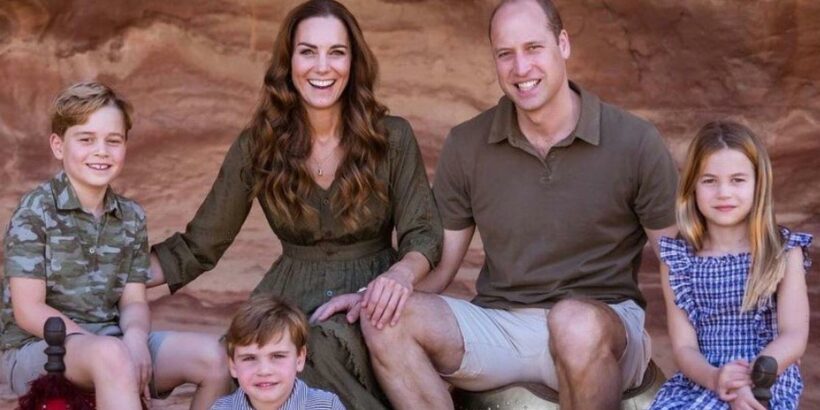 Prince William and Kate Middleton are set to move into the 'humble' four-bedroom Adelaide Cottage on the Windsor estate in the coming months, according to reports.

Kate, 40, William, 39, and their children, Prince George, eight, Princess Charlotte, seven, and their youngest son, Louis, four, will make the move to the Berkshire estate, which is just a few minutes' walk from St Georges Chapel at Windsor castle.

In their classic down-to-earth style, the couple are reportedly set to have no live-in staff, and after months of searching for the perfect property, have insisted that they didn't want anything "too showy" or "that needs renovating".

A source told the Sun: "Kate and William were very keen for a modest home to start their new lives in Windsor.

“They were adamant they didn’t want anything too showy or anything that needed renovating or extra security so as not to be a burden on the taxpayer.

“The added bonus is they can send George, Charlotte and Louis to school together locally. The three children will enjoy running around and playing in the gardens, which is the kind of life they enjoy so much when at Anmer Hall."

It's said that the couple are keen to be closer to the 96 year old monarch, who has suffered mobility issues in recent months, and only attended two engagements during her recent four-day Platinum Jubilee celebrations, appearing on the Buckingham Palace balcony during Trooping the Colour and following the Platinum Jubilee Pageant.

The couple's two eldest children are set to leave their prep school in Battersea and instead will attend a school close to their new home in Windsor, where Price Louis will join them.

Kate and William are keen to bring up their children in the country, although they are said to be keeping their other residence, Anmer Hall in Norfolk, which the couple are reported to be set to "continue to use regularly". Their Kensington Palace property will remain operational as an office for staff.

Adelaide Cottage is a Grade II-listed home, which sits on the 655-acre royal estate in Windsor, Berkshire. It underwent major renovations in 2015 and currently acts as a bolthole for for royal staff and family friends.

Queen Victoria is said to have favoured the property for a leisurely breakfast.

For all the latest on the royals, sign up to OK!'s brand new Royalsnewsletter.