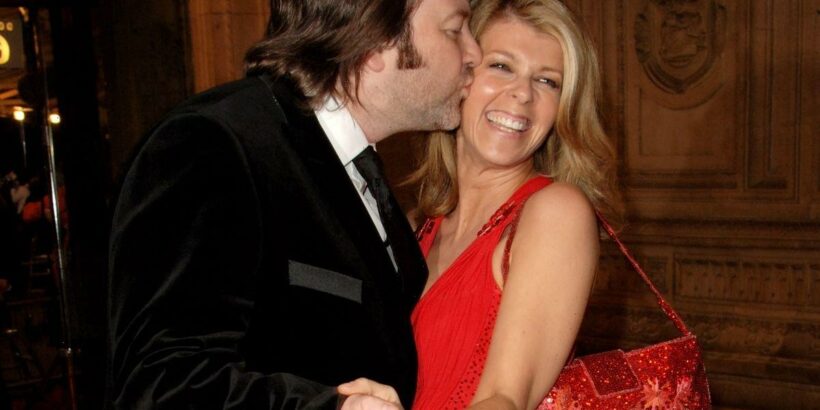 Kate Garraway has candidly opened up on her marriage to husband Derek Draper as he continues to battle the effects of Covid-19.

Good Morning Britain star Kate, 54, has said she loves her husband, also 54, in a "new way" after he contracted the coronavirus, which has since left him battling a number of ongoing health issues.

I'm A Celebrity… Get Me Out Of Here! star Kate and her political lobbyist husband Derek have been married since 2005. The pair also share 15 year old Darcey and son Billy, 12, together.

The family were thrown into turmoil when Derek was hospitalised after testing positive for coronavirus in March 2020. He was later put in an induced coma and later became one of the UK's longest-staying Covid inpatients.

Derek was later awoken from the induced coma and allowed to come home, where he is still recovering, after 13 months in hospital.

Now, Kate has reflected how her beloved husband's health battle has changed their relationship and allowed them to understand one another on a whole new level.

Kate, who recently took over Piers Morgan's Life Stories, told You Magazine: "I’m not sure that we’ve ever fallen out of love, but I think a new path is emerging, a new way to be in love.

"He puts huge trust in me. He just says, 'Whatever you think', which is wonderful, but I do get quite tearful about it. I think, 'God, I hope I’m worthy of that trust'.

"But I’ve got his back. That is a relationship in itself, isn’t it? How many times do couples have doubts about each other?"

Kate added that she has found a positive way of looking at their tricky scenario as the couple are now "very close" and have a "certainty of each other".

The GMB star has been incredibly open about her husband's health struggles and how it has impacted them as a family.

Kate has found a new wave of success since her husband's hospitalisation as she's written a book, starred in documentary Finding Derek, which won a National Television Award.

She was also awarded an MBE by The Queen as Kate was named in her New Year Honours list at the beginning of 2022.

But, a source recently told OK! the success has been "bittersweet" for the TV and radio star.

They explained: "Kate works so hard, has been through so much and is so loved.

"She is the sole breadwinner for the house now. She knows she should be so happy all of this is happening for her but she's just not."

The insider added: "She can't believe she's in the position she's in work wise but it's so sad Derek's not well enough to fully see it because he is her biggest supporter. It’s bittersweet."

For updates on all your favourite celebs and TV shows, sign up to our daily newsletter here .