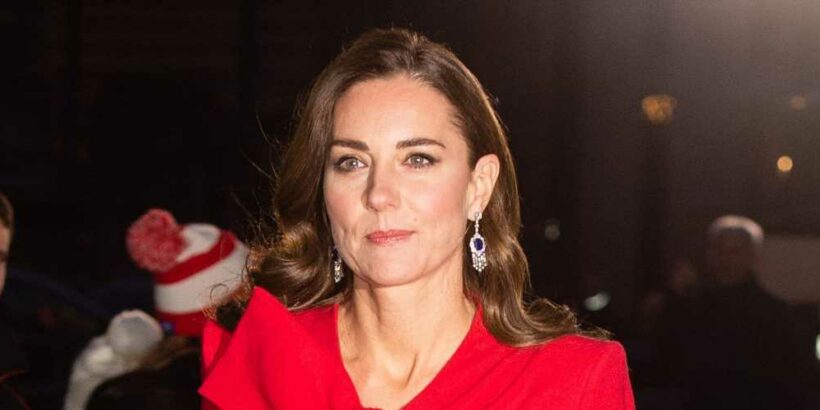 Kate Middleton is getting into the holiday spirit.

On Wednesday, the Duchess of Cambridge (and of Very Good Coats) stepped out at Westminster Abbey alongside Prince William for a Christmas carol concert. She wore a flowy red Catherine Walker midi dress that included a large bow detail fit for a Christmas gift. The duchess accessorized with matching red pumps and a red clutch, as well as a pair of the queen's earrings, according to People. People reports that this is Kate's first time hosting the royal Christmas concert, an event that pays tribute to the incredible work of individuals and organizations across the U.K. who have supported their communities through the COVID-19 pandemic. The special night will also be recorded and broadcast by ITV on Christmas Eve.

The concert was initially set to be broadcast by BBC, but switched to ITV after the royals condemned BBC's recent documentary The Princes and the Press, which focused on William and Harry's relationships with the media.

Ahead of it airing, the palace released a statement, writing, "A free, responsible and open press is of vital importance to a healthy democracy. However, too often it is overblown and unfounded claims from unnamed sources that are presented as facts and it is disappointing when anyone, including the BBC, gives them credibility."

In response, BBC defended the documentary, saying the program is "about how royal journalism is done and features a range of journalists from broadcast and the newspaper industry."