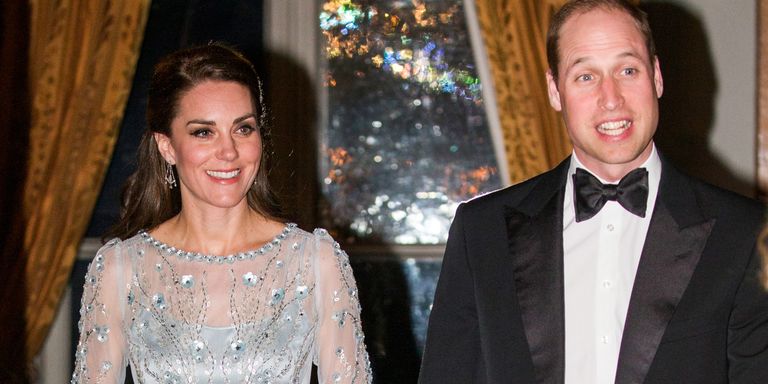 Royal dad joke enthusiast Prince William was in his element at the evening reception following Prince Harry and Meghan Markle’s royal wedding last Saturday. After stepping in as best man to his younger brother earlier that day, the Duke of Cambridge played funny guy at the after-party at Frogmore House.

“William was in a jokey, wonderful mood at the party,” a royal wedding guest told People. “He must have been relieved that it wasn’t all about him.”

Prince William, who celebrated his own royal wedding seven years ago with Kate Middleton, reportedly gave a “naughty speech” about his sibling during the fête. His and Harry’s childhood friends, Tom Inskip and Tom Van Straubenzee also joined in, Daily Mail reports.

To top it off, he, Harry and their father Prince Charles apparently had a dance-off, thanks to host and emcee James Corden.

Kate Middleton, on the other hand, was reveling over Princess Charlotte and Prince George’s performance as bridesmaid and page boy at the wedding ceremony. “She was [in] great form,” the wedding guest added to People. “She and William were saying how thrilled they were to have their children there taking part.”

Fear not, the Duchess got to bust a move, too. George Clooney reportedly got a chance to dance with both her and Markle at the evening ceremony. (When he wasn’t whisking away royals to the dance floor, the actor was also reportedly serving shots of his own Casamigos tequila.)

“Quite unexpected when it comes to a royal wedding,” royal expert Katie Nicholl told Entertainment Tonight, “But I think that was the happy marriage that we saw of royalty and Hollywood.”

If you had any doubts that the Duke and Duchess of Cambridge had a good time at the reception, just take a look at how they arrived back to Kensington Palace the next day:

They definitely had a fun night.