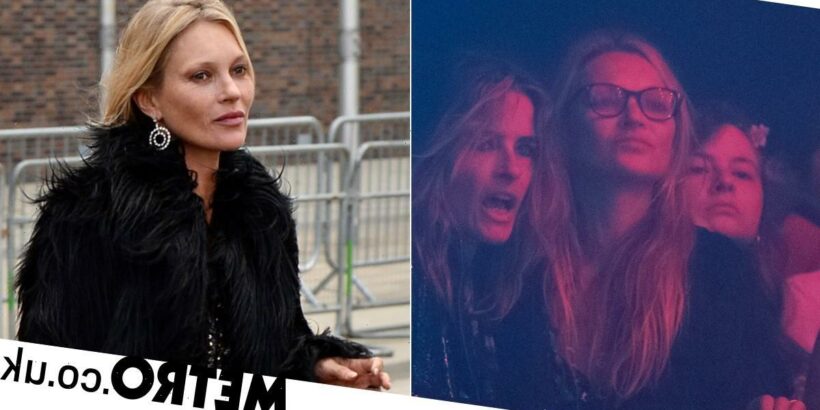 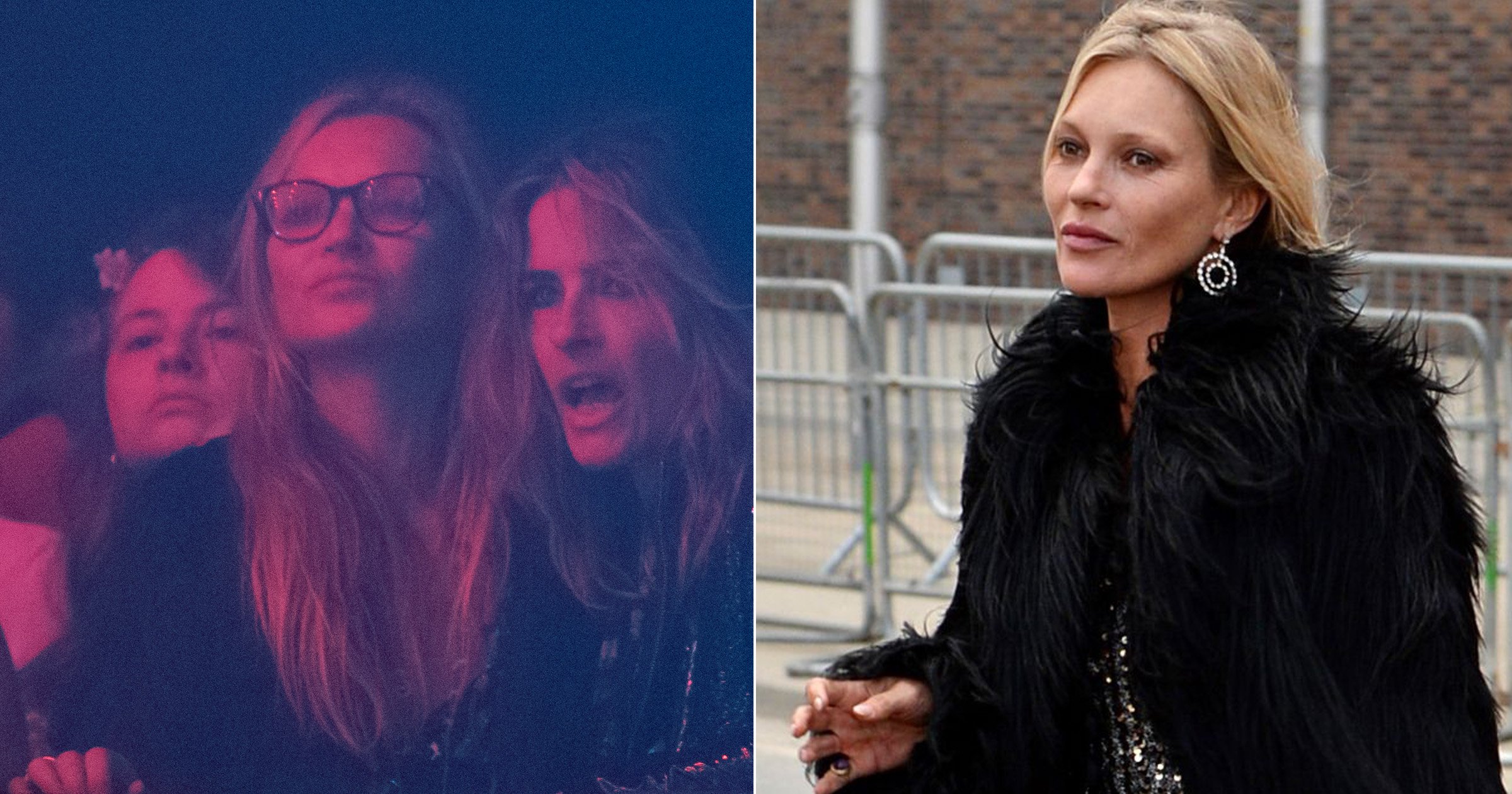 Kate Moss was spotted taking time out to enjoy herself at Glastonbury festival this weekend.

The model, 48, was seen at the iconic Worthy Farm celebration as things kicked off on Friday night, which saw Billie Eilish headline the Pyramid Stage.

As a keen live music fan, Kate was among the 200,000-strong crowd to descend on Somerset this week for the annual event.

On Friday evening, Kate used her celebrity perks to head to the side of the stage rather than the massive -and likely quite muddy – crowd watching from the fields.

She, along with some friends, were seen watching Scottish rock legends Primal Scream, who headlined the John Peel Stage late on Friday.

Photographs taken from the night sees Kate and several friends watching from the sidelines as the four-piece belted out classics such as Higher Than The Sun and Movin’ On Up.

At one point, the model could be seen grinning as she spoke to her friend about a track, and another photo saw some of the group of women holding up their phones to get a snap of the band.

The star has been to several high-profile gigs in recent weeks.

As well as watching Pirates of the Caribbean star Johnny rock out with pal Beck, in May she graced the red carpet at the grand opening of Abba Voyage in London, at which the real-life members of the iconic group were present.

She was also spotted in the crowd of the Platinum Jubilee concert celebrating Queen Elizabeth II’s 60th year on the throne.

The gigs come after Kate testified at the trial between Johnny and Amber, which ended with DC actress Amber being ordered to pay $10 million to her ex-husband, while also being granted $2 million in damages herself.

It has recently been reported that the actress is planning to write a tell-all book, though it’s not clear what exactly she will be writing about.

Actor and musician Johnny, meanwhile, is heading on tour with his band Hollywood Vampires after winning the defamation trial.