The Scorpion star, 34, tweeted an engagement ring emoji on Tuesday, July 3, alongside a clip of Grande, 25, whipping her signature ponytail while saying, “And what about it?” 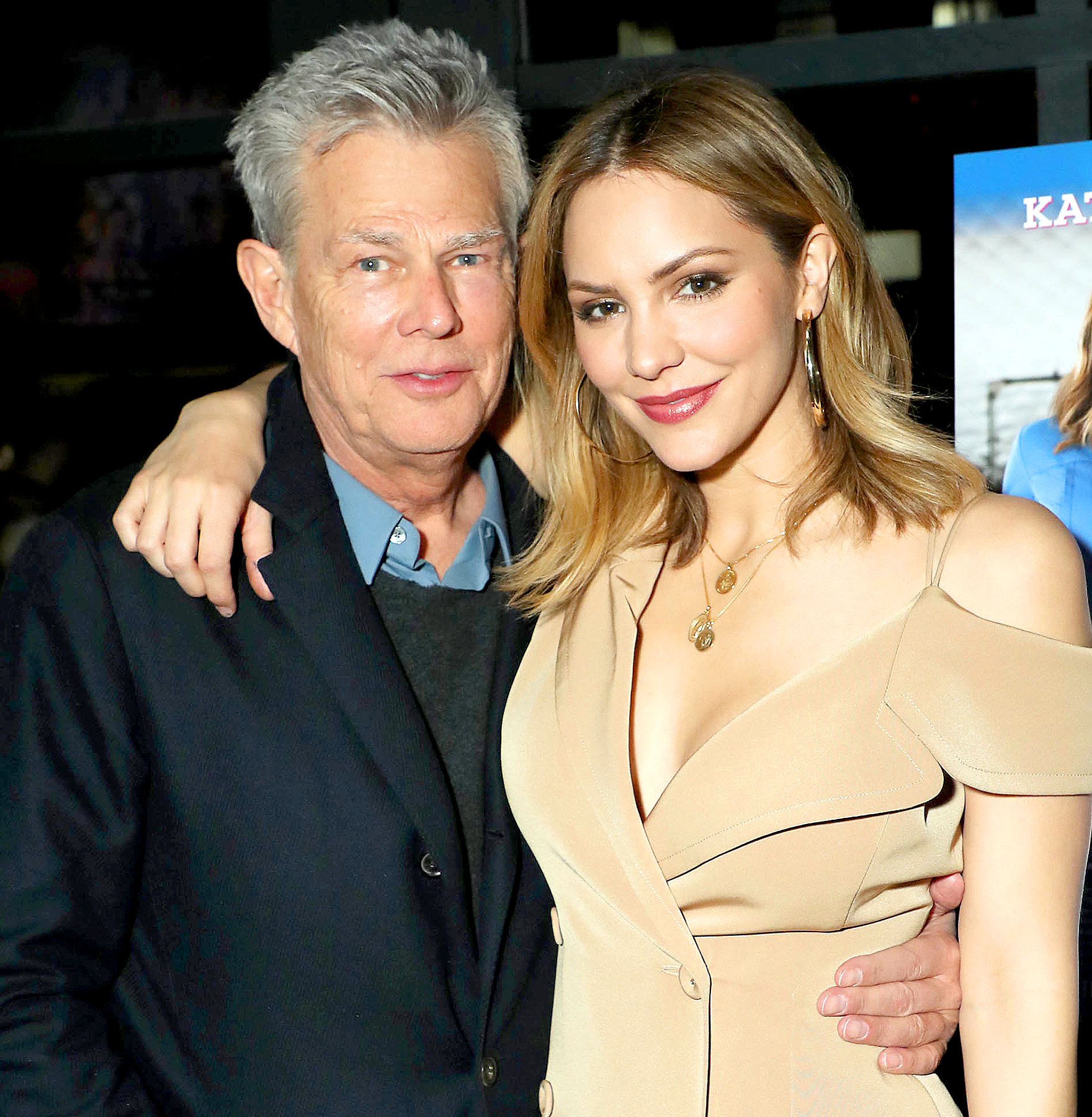 Earlier on Tuesday, McPhee’s rep confirmed to Us Weekly that the singer is engaged to Foster, 68. Her subtle nod to Grande comes less than one month after the “No Tears Left to Cry” songstress got engaged to Pete Davidson after weeks of dating.

As for McPhee and Foster? The pair are currently enjoying an Italian vacation and the American Idol alum has shared many photos of them lounging oceanside.

The “Terrified” singer and the Canadian music producer sparked romance rumors in May 2017 when they were spotted out on a cozy dinner date in Malibu. Since then, they’ve traveled all around the world together before making their red carpet debut as a couple in May at the 2018 Met Gala in New York City.

“When Kat talks about David, her face lights up. She’s really so happy,” a source exclusively told Us of the couple in November 2017. “They’re actually so sweet together. They aren’t hiding it anymore … David is really charming. The age different might seem substantial to some, but they are really cute together and it makes sense.”

The Grammy winning composer and the Smash alum have the support of his daughter Sara Foster.

“We approve of whoever is going to be good to my dad at the end of the day and we’re very honest about it,” she told Us in December. “If we ever thought that anyone was in something for the wrong reasons, we would be very vocal about it. We just want someone that’s going to treat him well and that cares about him, and I think he’s with someone right now that really does.”