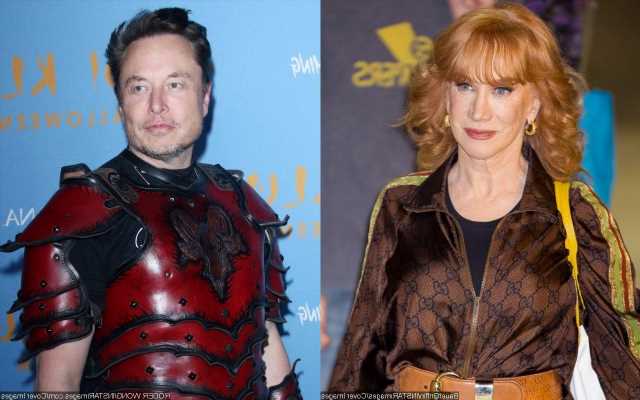 The former ‘My Life on the D-List’ star was banned from the blue bird app for ‘violating the terms of service of impersonating someone’ as she changed her profile name to ‘Elon Musk.’

AceShowbiz –Kathy Griffin can go back to tweeting again. The comedienne/actress’ Twitter account has officially been unsuspended after being banned for impersonating the social media app’s new CEO Elon Musk.

On Friday, November 18, Pop Crave reported via Twitter that the 62-year-old star’s page is back. The comedienne’s profile name is now only a single dot after she changed it to “Elon Musk.”

Kathy was banned from the blue bird app on November 6. According to reports, the “Kathy Griffin: My Life on the D-List” alum got suspended for violating the terms of service of impersonating someone.

Despite being unable to post tweets from her own account, Kathy found a way to return to the digital platform by using her deceased mother’s account. “#FreeKathy,” she first tweeted under Maggie Griffin’s page which hadn’t been active since 2019.

Kathy then clarified that she’s using her mom’s account as her mama “would not mind” after some users pointed out that she’s impersonating her mom by using the account. “Apologize in advance for all the comments you’re gonna have to read about how ugly I am and they’re probably gonna throw you in there too. Oh by the way this is KG. I’m tweeting from my dead mother’s account,” she insisted.

Elon later joked about Kathy’s suspension as tweeting, “Actually, she was suspended for impersonating a comedian,” to which Kathy wrote back, “I mean… you stole that joke, you a**hole. People have been posting that joke for hours, you hack. Look, please do a better job running this company. It used to mean something. This is KG btw.” Elon, who officially became the owner and CEO of Twitter, Inc. on October 27 after finalizing a deal worth $44 billion, then said that if Kathy wanted her account back she would have to pay $8.