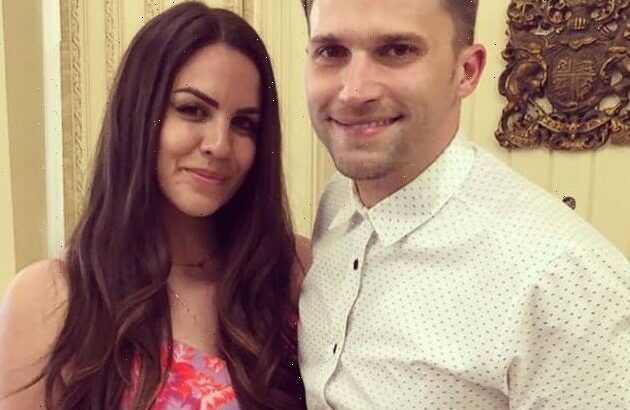 It’s all over for Katie Maloney and Tom Schwartz.

This is not news, of course.

Late last month, Maloney filed for divorce from her husband of six years, with whom she had been romantically involved for twice that long.

“This ending is not met with resentment or animosity, no sides to choose,” Maloney previously said. “We have deep admiration for one another that will always remain and we cherish our friendship.”

On her latest episode of the “We Met At Acme” podcast, meanwhile, Katie delved into the details behind this sad split.

“We met in May or June of 2010 and we didn’t get into a relationship right away. We kind of kept it [casual] for a few months,” the 35-year-old told listeners.

“And then, yeah, I asked him to be my boyfriend. … Because I knew, I think, we both caught feelings.

“We both didn’t want a relationship, but we caught feelings.”

“So I felt like we had to establish some boundaries so the other one didn’t get hurt. And then we eventually moved in together.

“And then I gave him an ultimatum — the famous ultimatum — because I felt like he was always very commitment-phobic in ways.

“And I was wanting to take natural progressions, [getting married] was always something I wanted. And he was being naughty. And so I was like, you know, it’s time for you to make the real commitment…

“And, of course, now I’m the one that’s asked for a divorce. So it’s funny how life works.”

Maloney and Schwartz got married on Vanderpump Rules Season 5.

They announced their split on March 15.

Katie has continually taken responsibility for the romance falling apart, stating about a month ago:

“I realized that I had to really start prioritizing myself and my happiness as well. It just needed to happen… For months, it was building up. I felt just disconnected. I felt like I was drifting further and further away.”

As the pair navigate their breakup, they are still living together.

“We own a home together. We’re going to sell our house, but we have some repairs that we’re doing. … We have to get it ready to sell,” Maloney explained on Sunday, noting that they are staying in separate rooms before they buy their own places.

“We’re not sleeping in bed together.

Maloney also emphasized that she felt sure about Tom when she walked down the aisle.

“I felt like I couldn’t condemn him for a lot of things because I was guilty, but maybe that was my own insecurity and me just not seeing things clearly.”

Maloney said that she started doubting their relationship toward “the end of last summer/fall,” admitting:

“It started to creep in — these thoughts, you know, but I think maybe, subconsciously, I’ve been feeling them longer, but I didn’t know what they meant or wasn’t feeling them correctly if that makes sense.

“They were there, but I was sort of just turning my cheek to it. I was not wanting to see it for what it was.”

And as for their respective partners down the line?

“[Tom is] not the type of guy to get, like, super, super jealous. I think that we really can remain friends. Like, our friendship is really the core of our relationship.

“That’s kind of what’s carried us through and this far and everything. We just really, genuinely have a great bond. I think it would really break both of our hearts for us to have spent 12 years together and have this rich history with one another and then to just not be friends.

“He’s not gonna stop being friends with some of my best friends and vice versa. So, like, a lot of our lives would have to change for us to just not be friends anymore.”