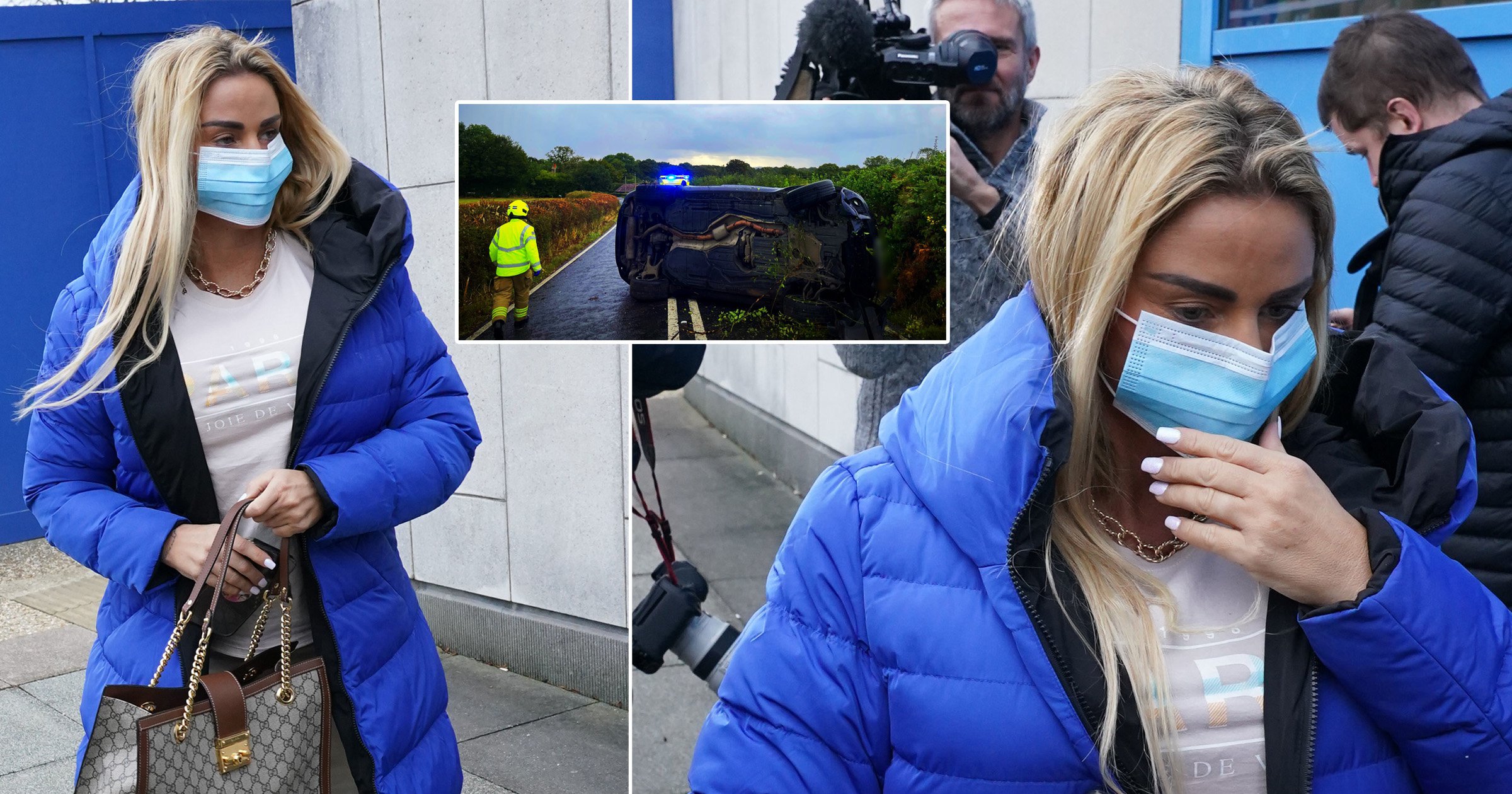 Katie Price has avoided further action over her drink-driving sentencing, which will not be appealed.

The My Crazy Life star pleaded guilty to drink-driving last year following a car crash in Sussex in September.

She received a 16-week suspended sentence for 12 months, while also handed 100 hours of unpaid work, 20 sessions of rehabilitation work with probation, and a two-year driving ban.

Many were furious that Price, 43, avoided jail and Sussex Police said it was ‘assessing options’ and had 28 days to decide whether to appeal the sentence.

However, it has now emerged that Price’s sentence will not be appealed.

A Sussex Police spokesperson said according to The Mirror: ‘Following a detailed review by Sussex Police, it was concluded that there are no legal grounds for Sussex Police to appeal the sentence imposed.

‘This is disappointing. We remain absolutely committed to pursuing and preventing irresponsible driving behaviour which puts the safety of everyone on our roads at risk.’

During her sentencing hearing, District Judge Amanda Kelly told Price that she was lucky to be free over Christmas.

She said: ‘When you chose to get behind the wheel of your car while intoxicated with drink and drugs, you showed no concern at all for the lives of others.

‘You could easily have killed someone, a child, a parent, a friend, and devastated their lives forever.

‘Not everyone has the luxury of being able to put themselves into The Priory whenever their lives get hard.’

Commenting that Price appeared ‘to think you are above the law’ as the TV star was disqualified from driving at the time, Judge Kelly said Price had ‘one of the worst driving records I have ever seen’ but that her ‘hands are tied’ due to magistrates at an earlier hearing agreeing to defer sentence for Price to attend the Priory.

Price later issued a statement apologising for her actions and said she would be focusing on her mental health going forward.

In her Instagram stories, the former glamour model wrote: ‘It’s been a really difficult time and I’m incredibly sorry for my actions – I’m sincerely grateful nobody was hurt – I realise the damage my actions could have caused not only to another family, but to my own as well.’

Price added: ‘I’m now spending time getting better – mental health is a [hidden] illness and can strike at any time.

‘The triggers that cause my anxiety and behaviour are something I’m trying to understand, come to terms with, and learn to control moving forward.

‘This will be a long process for myself and something I’ll continue to work on for the rest of my life.

‘It’s also something I can work on with my family so we can progress on a new chapter together.’