She captivated the world when she exchanged vows with Prince Harry in a stunning yet simple white wedding dress.

But, as it turns out, not everybody was in love with Meghan Markle’s Givenchy gown.

Pop star Katy Perry, 33, had a thing or two to say about the outfit, telling Entertainment Tonight she thinks Meghan, 36, needed ‘one more fitting.’ 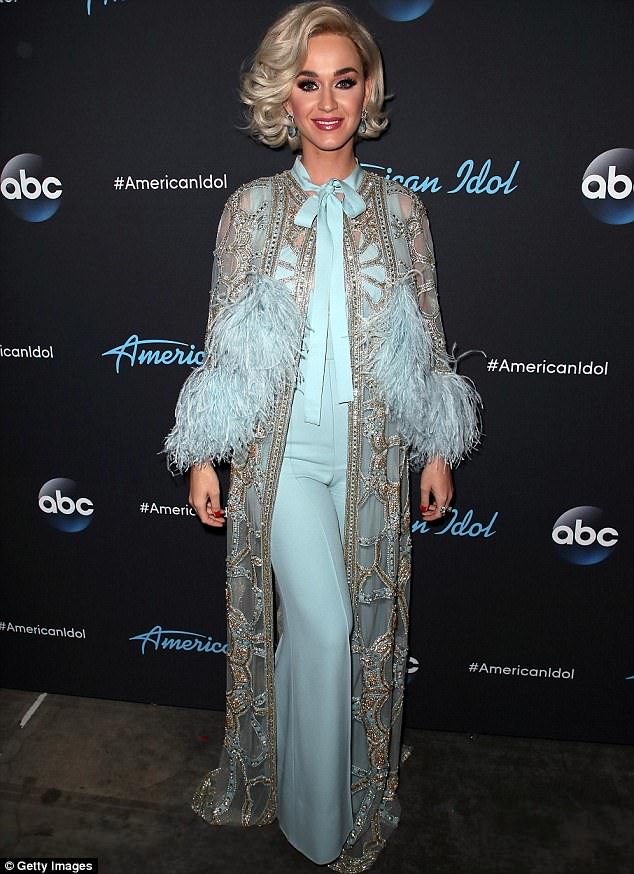 ‘I would have done one more fitting!’ Katy Perry had a thing or two to say about the gown, telling Entertainment Tonight she thinks Meghan needed ‘one more fitting’ (pictured Sunday) 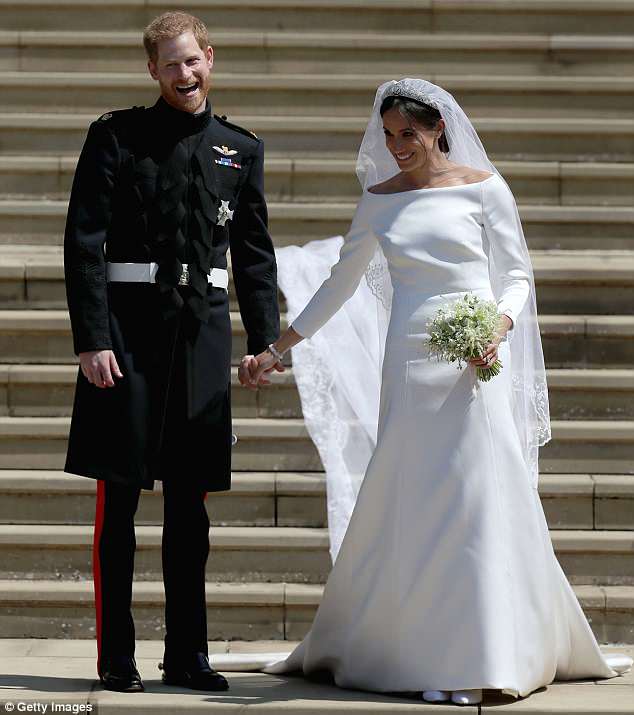 ‘I would have done one more fitting!’ Katy advised when asked about her opinion on the dress 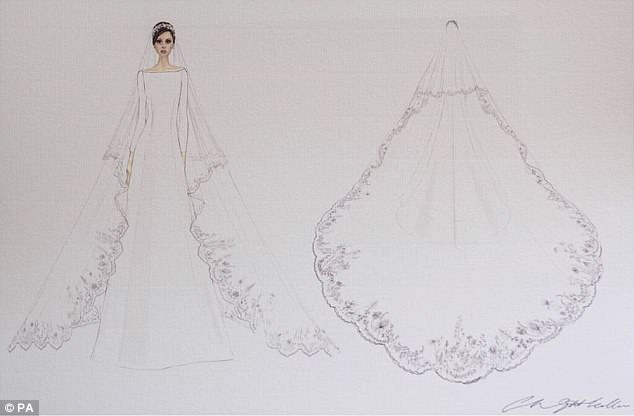 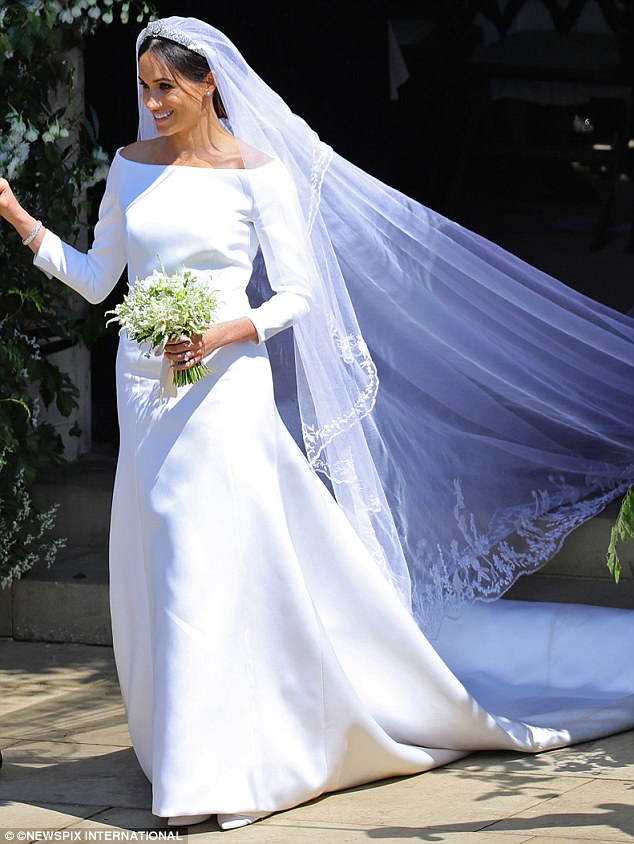 ‘I would have done one more fitting!’ Katy advised when asked about her opinion on the dress, giving the camera a mischievous wink.

Meghan tied the knot with Prince Harry at St. George’s Chapel in Windsor Castle on Saturday, just months after the couple announced their engagement.

While couture label Ralph & Russo was touted as the hot favorite, the bride nodded to her husband’s heritage and her self-proclaimed feminist ideals by choosing British designer Clare Waight Keller, who joined the house of Givenchy last year as its first female artistic director.

Featuring an open bateau neckline and a triple silk organza underskirt, Meghan paired the minimalistic design with the Queen Mary Diamond Bandeau tiara, which was made in 1932 and features a center detachable brooch made of ten diamonds dating back to 1893.

Her 16-foot Cathedral length veil was also a nod to British heritage and featured a trim of hand-embroidered flowers from each of the 53 counties in the Commonwealth.

Designer Clare Waight Keller told People that the idea came to her after several conversations with Meghan about what ‘story’ she wanted to tell through her wedding.

‘There was a conversation early on about the story that we were going to tell through this wedding,’ she said.

‘Part of what I wanted to do was talk to her about what type of stories they could be. The fact that her and Prince Harry will be working a lot in the Commonwealth was something that I thought was really intriguing and could be something built on to be part of the day.’ 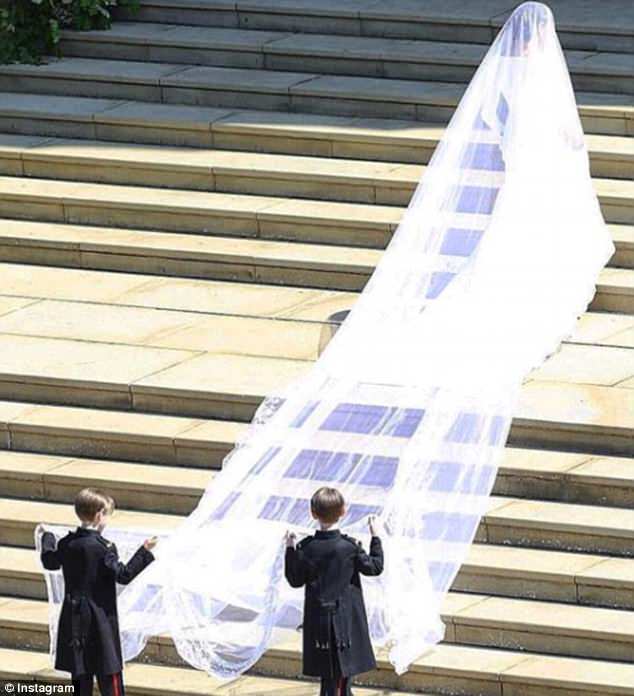 Subtle: Her 16-foot Cathedral length veil featured a trim of hand-embroidered flowers from each of the 53 counties in the Commonwealth 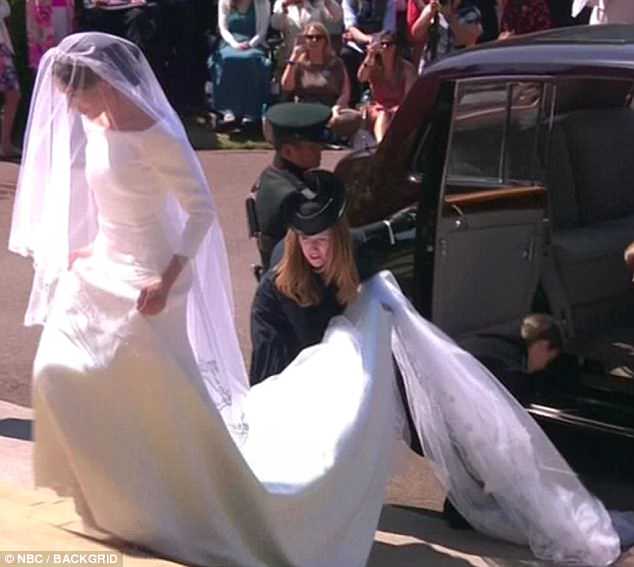 Story: Waight Keller (pictured above with Meghan) worked with the new royal on the dress and asked Meghan what story she wanted to tell through her gown 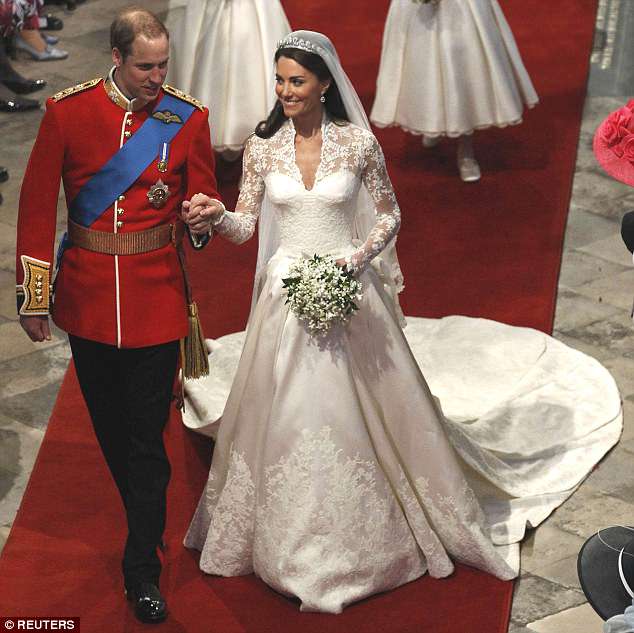 ‘Kate won!’ Katy also said she preferred the dress Kate Middleton wore during her wedding to Prince William in 2011 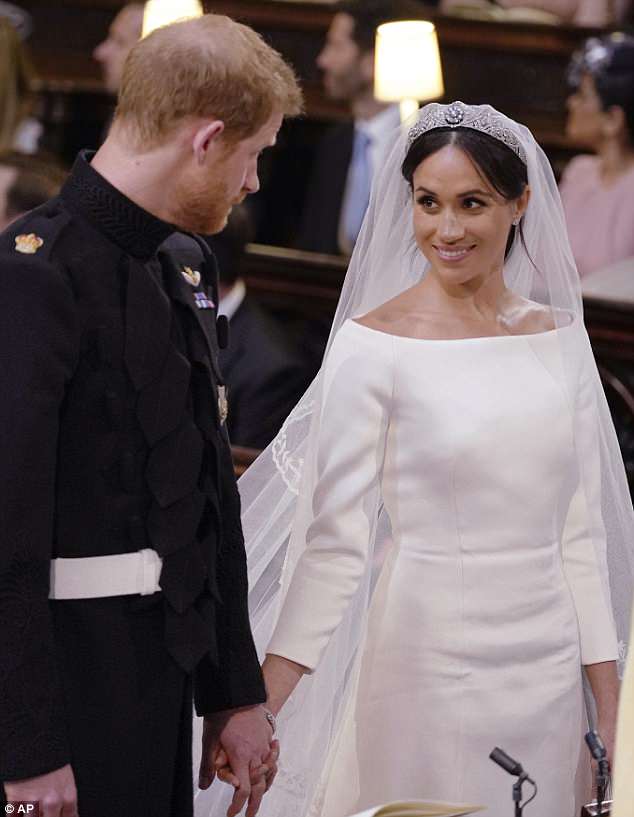 Ideals: While she wasn’t a fan of the dress, Katy did say Meghan sounds ‘amazing’ and she has a lot of respect for her humanitarian efforts and for her outward declaration of feminism

‘We had different conversations back and forth and I came up with the idea of maybe representing each of the countries, the 53 countries of the Commonwealth, through their flora and fauna,’ she adds. ‘We both loved the story of that. It also meant that single one of those countries also journeyed up the aisle with her. It was a really poetic moment.’

However, the symbolism seems to have been lost on Katy who also said she preferred the Sarah Burton designed Alexander McQueen dress Kate Middleton wore during her wedding to Prince William in 2011.

‘Kate won!’ she declared referring to the silk and lace gown that featured a nine-foot long train and concealed hip padding to give the slim brunette a more hourglass physique.

‘Kate won! I’m sorry! I’m never not going to tell the truth! One more fitting! But I love you!’

Still, the songstress had nothing but nice things to say about Meghan.

‘I don’t know much about her,’ she said while being interviewed alongside American Idol co-stars Luke Bryan and Lionel Richie, ‘but what I’ve seen or heard, whether it’s been true or false, everything to me, it sounds amazing, and I’m so happy for them.

‘It’s amazing what she’s doing… her humanitarian efforts, you know, the fact that she’s a proud feminist. I love all that. So I support her as another woman and love her and wish them both well.’

Katy is currently judging contestants on American Idol alongside Luke and Lionel.