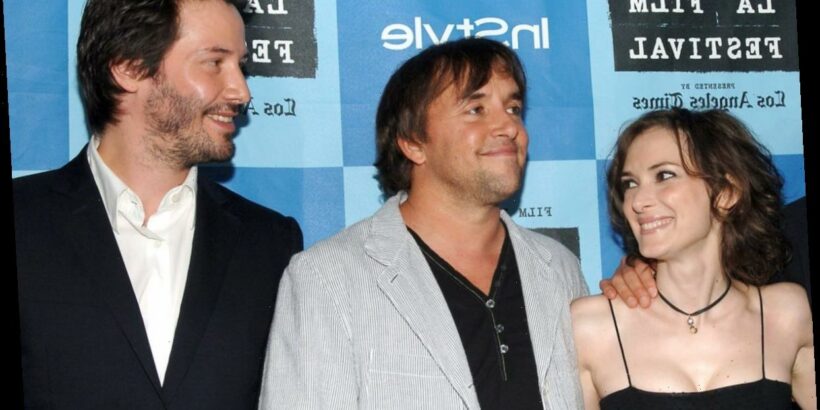 Keanu Reeves and Winona Ryder have been best friends since 1989. The two share an extraordinary bond, which often feels more romantic than platonic. And in a 2018 interview, Reeves even admits that he and Ryder “make a good couple.”

A look inside Keanu Reeves and Winona Ryder’s friendship:

Ryder and Reeves first met in 1989, after presenting at the American Spirit Awards together. And according to the Stranger Things actor, she developed a “big, healthy crush” on Reeves when she met him.

“I had a big, healthy crush on you,” she tells Reeves in an interview with Entertainment Tonight.

“I had a big, healthy crush on you, too,” Reeves gushes back.

Yet their relationship didn’t truly blossom until 1992 when the actors were cast in Bram Stoker’s Dracula. According to Francis Coppola, Johnny Depp was initially cast in Reeves’ role, yet the studio passed on Depp, because he wasn’t a big enough star at the time.

To find a replacement for the actor, Coppola asked Ryder who they should cast instead of Depp.

Without much hesitation, Ryder suggested Reeves. Was it perhaps because of her “big, healthy crush” on him?

Ryder and Reeves have an interesting relationship, considering they may or may not be legally married… Let us explain. In Bram Stoker’s Dracula, the two have a scene that involves a wedding ceremony with a real Romanian Preist. Because of this, Ryder is convinced that the actors are married in real life.

“Don’t you remember that?” says Ryder. “It was on Valentine’s Day.”

And because of their “marriage,” Reeves told PEOPLE that he thinks he and Ryder “make a good couple.”

“Winona is a lovely person and a talented actress,” Reeves said. “I think we make a good couple.”

In fact, the two make such a good duo that they’ve played romantic partners in multiple films. Their latest Rom-Com was Destination Wedding in 2018, where they play cynics who end up falling for each other.

When asked in a Vanity Fair interview whether the two would want to star in more films with each other, both gave an enthusiastic “yes.”

According to Ryder, she said, “My hope is to do many more movies with him.”

So far, they have been in multiple films together, including Bram Stoker’s Dracula, A Scanner Darkly, The Private Lives of Pippa Lee, and of course, Destination Wedding.