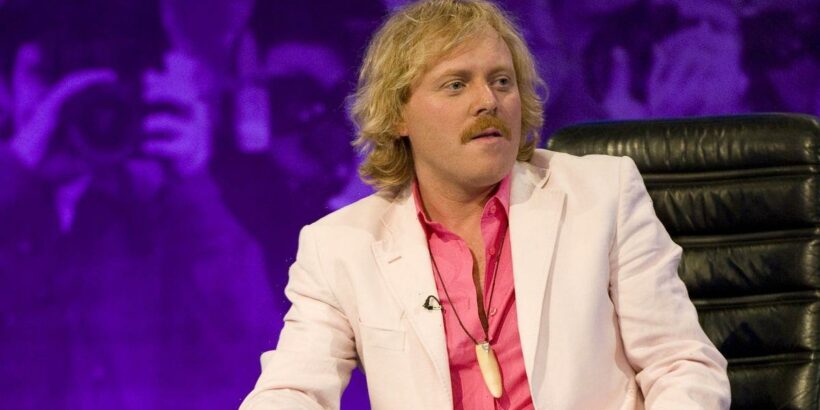 Celebrity Juice host Keith Lemon has potentially reignited a decades-long feud with singer Craig David, after telling him to “move on” from the infamous Bo’ Selecta! impersonation.

The comedian, whose real name is Leigh Francis, previously apologised for the comedy skit after he was branded a “racist” and a “bully”.

More recently though, Keith has asked the artist to “stop talking about it” in order for the pair to move on.

Airing almost 20 years ago, Bo’ Selecta! drew heavy inspiration from Craig, with the show’s title based on a track the singer released with Artful Dodger.

The similarities didn’t end there, though.

The character of Avid Merrion, a celebrity stalker and impersonator, sported Craig’s then signature goatee whilst making many references to the musician.

Even the oversized headphones from Craig’s iconic debut album cover were featured on the show. They made up an essential part of Avid’s costume, which also consisted of a large rubber mask which had a strong resemblance to the star.

Whilst viewers at home seemingly loved the surreal impersonations of the singer on screen, Craig was deeply hurt by his inclusion in the sketch show and remains so to this day.

This is despite the pair reconciling in 2014.

According to Keith, the men reportedly did this at the wedding of mutual friend and TV presenter, Fearne Cotton. The comedian even disclosed that the pair had “hugged it out” and that he thought “everything was nice”.

Craig would later brand the apology “insincere”, stating that Keith had normalised "bullying" and "ruined his life".

Keith would later address the criticism, telling The Sun: "Most people are happy with their portrayal on Bo’ Selecta!. Apart from someone we know who wasn’t.”

"The only way it’s ever going to go away from him, if he feels people are going on about it, is to stop talking about it.”

The comedian initially apologised to Craig in 2020, as well as other black celebrities including Mel B and Trisha Goddard.

In a tearful statement, Keith said: "I want to say sorry for any upset I caused whether I was Michael Jackson, Craig David or Trisha Goddard… all people who I am a big fan of.

"I guess we're all on a learning journey."

He later asked that Channel 4 no longer keep the series on their streaming platform.

Channel 4 agreed to the request and a spokesperson told The Mirror: "We support Leigh in his decision to reflect on Bo' Selecta! in light of recent events and we've agreed with him to remove the show from the All 4 archive."