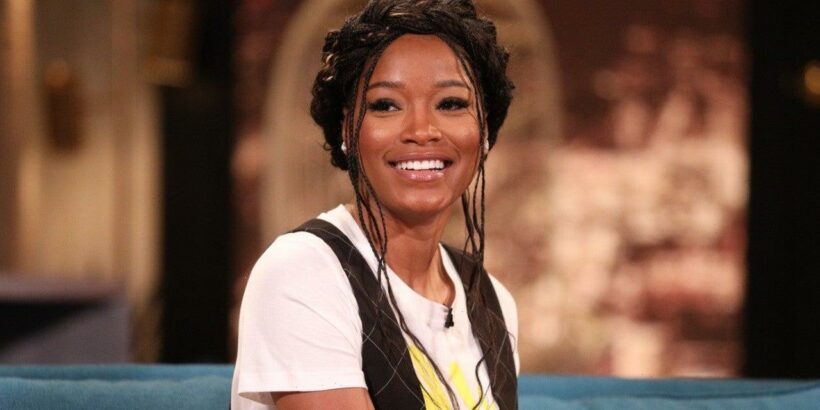 Keke Palmer is showing her support for the “real life” Akeelah.

The 27-year-old actress shared a screenshot of a headline announcing that 14-year-old Zaila Avant-garde became the first African American contestant to win the Scripps National Spelling Bee. Palmer starred in the 2006 movie Akeelah and the Bee, in which she played the bright 11-year-old girl who participates in and wins the same spelling bee.

“THE REAL LIFE AKEELAH YOU GUYS!! The real life one. I’m so happy in my heart,” Palmer began. “A couple of weeks ago I sent in a video encouraging all the contestants and for this to happen just feels so spiritual!”

“I am so happy. Major love to Doug Atchison that allowed me to act a dream and thank God for letting me live to see it come to fruition,” Palmer wrote, before ending her post with a Marianne Williamson quote she famously recited in her film, “‘Our deepest fear is not that we are inadequate..’ y’all know the rest 😢😭🙌🏾♥️🙏🏾.”

The 14-year-old Louisiana native took home the trophy and won the spelling bee with the word Murraya this week.

“It felt really good to win because I have been working on it for like two years. So to actually win the whole thing was like a dream come true,” Avant-garde told CNN’s New Day on Friday. “I felt like in the moment I snapped out of a surreal dream.”

According to CNN, the only Black winner before the teen was Jody-Anne Maxwell, who represented Jamaica in 1998.

Watch the moment Zaila Avant-garde, a 14-year-old from Louisiana, won the Scripps National Spelling Bee, becoming the first Black American to take the top spot in almost a century of contests. 🐝https://t.co/AZLqyIsnbupic.twitter.com/jTHuGf17rv

Palmer, herself, has been working hard in the entertainment industry since she was a child. ET spoke with the actress and activist earlier this year, where she expressed how in awe she was of the younger generation and how outspoken they are.

“I feel like we’ve done so much in terms of breaking down the barriers that our ancestors, and specifically some of our parents, were held up against,” she expressed. “The young millennials are really breaking the gap when it came to really being able to communicate with their parents…It’s really inspiring to me…So it’s just a beautiful thing. I’ve been very grateful to see a lot of stuff like that, so real life inspires me. Real people and real things happening, that’s very inspirational to me.”

For more on Palmer, see below.