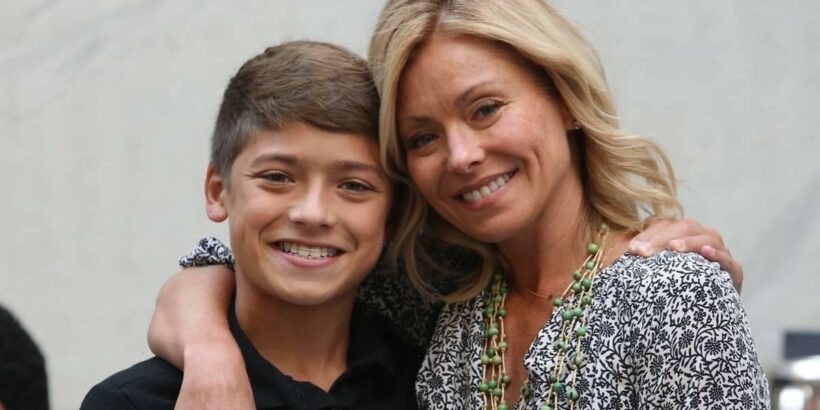 Kelly Ripa is a doting mom to three children and recently became an empty nester when her youngest son Joaquin, 18, went off to college.

While it’s always a difficult time for parents when their children fly the nest, Joaquin has been keeping his social media followers – including his parents – updated with his progress so far, and it looks like he’s doing incredibly well!

The teenager took to Instagram over the weekend to share a photo of him showcasing his wrestling skills with his team mate. “Just hanging out with my roommate… Team 100. Go Blue,” the aspiring wrestler captioned the photo.

Kelly and husband Mark Consuelos were some of the first to like their son’s picture, showing their support, while others voiced how impressed they were with Joaquin’s wrestling talents.

Others urged the teenager to be careful, with one writing: “Be careful!” while another wrote: “Go careful.” A third added: “Careful!”

Joaquin is doing incredibly well at college and is the first member of his family to attend university outside of New York, which is where his older siblings Michael and Lola chose to continue their further education.

His university admission is even more special to his proud parents, as Kelly explained back in February during an episode of Live with Kelly and Ryan.

Joaquin with his dad Mark Consuelos

The actress opened up about Joaquin’s learning disorders, including dyslexia and dysgraphia. At the time, the teenager was deciding on a college, and Kelly told co-host Ryan Seacrest that it had been an emotional time for her and Mark as parents.

“Mark and I were Facetiming the other night, and you’ll be surprised to know – because you’re nothing like this at all – Mark got very emotional and choked up and said, ‘I never thought he would be able to go to college,’ because he was profoundly dyslexic and dysgraphic.”

Kelly and Mark with their three children

Despite being away from home, Joaquin is still staying involved in his family’s activities and was tagged over the weekend in Kelly’s post, showing a carved out pumpkin in their front garden, suggesting that he had gone home for a few days ahead of Halloween.