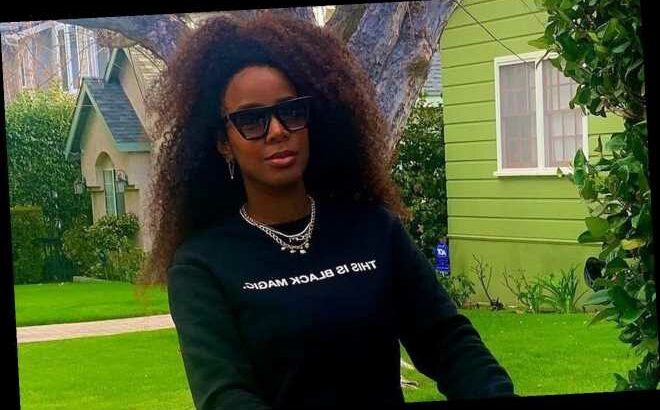 The Destiny’s Child star livestreamed the arrival of her second child from the delivery room as her loved ones were unable to join her at the hospital due to pandemic.

AceShowbiz -Singer Kelly Rowland livestreamed the birth of her second child in January (21) so her loved ones could join her in the delivery room.

The Destiny’s Child star had her husband Tim Weatherspoon by her side as they welcomed son Noah, a little brother for their six-year-old son Titan, but due to COVID-19 concerns, Kelly was unable to have anyone else join her at the hospital for support.

So they decided to use video conferencing app Zoom to let their closest relatives witness their baby boy’s arrival, too.

Speaking on America’s “The Ellen DeGeneres Show“, the new mum revealed, “When I had Titan my family was there, and this time they weren’t and, you know, everybody was feeling a way about that because we like to be at each other’s births.”

“So, we got a Zoom, and everyone was there. I mean…, the proper angle only!”

Kelly is coping well with life as a mother-of-two, even though she barely has time to take care of her ever-growing pile of laundry.

The When Love Takes Over hitmaker said, “It’s very interesting… I think the whole left side of my shirt right now, actually if I’m being honest, smells like spit up. And my son is absolutely in love with his baby brother and we’re just really happy. It’s really sweet. The house is very sweet and I love it.”

Kelly also revealed her old bandmates, Beyonce and Michelle Williams, have met Noah, and it was extra special introducing the newest member of her family to her best friends.

“It was really amazing,” she shared. “I have pictures, of course, of them holding him and like, just loving on him and hugging him and everything.”

“I always say with Destiny’s Child, the singing together and winning awards and everything like that is great, but the friendship that we share still to this day… I can’t even tell you.”