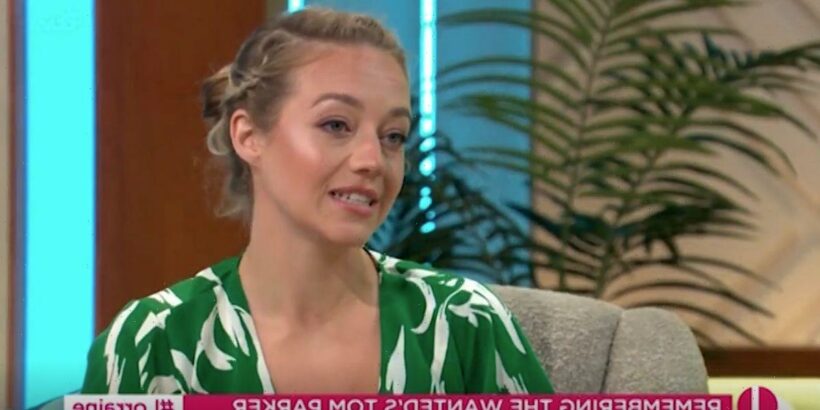 Kelsey Parker has revealed her daughter Aurelia "doesn't understand" that her dad Tom won't be coming back after his death.

Tom was just 33 when he tragically passed away in March, following an 18-month battle with brain cancer. He left behind his heartbroken wife Kelsey, and their two children, daughter Aurelia, two, and son Bodhi, one.

Since his death, Kelsey has been vocal about her grief and has now appeared on ITV's Lorraine show to speak about how her kids are handling his loss.

"There was gorgeous footage of your little girl when she saw his book in the shops. So cute, look she's kissing her dad," Lorraine said, referring to Tom's best seller.

Kelsey then explained: "Whenever she sees her dad, she's like, 'It's my dad!' She'll be three at the end of this month."

Lorraine replied: "I guess it's really difficult for a three year old to understand the concept of the fact that her dad's not here anymore…"

"Yeah," Kelsey replied, adding: "I've been really honest, but still every day she does talk about him every day. And she doesn't quite understand that he's not coming back."

"She doesn't really understand that. Obviously, the books out she seems them in stores, she's a bit like, 'Well, he's been on tour, is he going to come back from this?'

"So she's just really confused by it. But then, we do talk about him every day. She does ask me every day about him. And obviously we have little things around the house of Tom's so she'll see his wallet and be like, 'Oh that's daddy's wallet' and I'll say yeah…"

She went on to share that she's "lonely" following Tom's untimely death, but her kids keep her going each day.

"They wake up happy and then I can't be sad," she shared.

Kelsey added: "He wouldn't want us to be sad and mourning. Don't get me wrong, I get my bad days, of course I do. At night, you know, it is lonely. I am lonely, but this is my life and I have to get on with it."

For all your updates on Kelsey Parker, sign up to our daily OK! newsletter.