Kevin Clifton felt compelled to speak out after tuning into last night’s Strictly Come Dancing 2020. The dancer branded the judging panel “mad harsh” for their treatment of Clara Amfo and Aljaz Skorjanec.

Just a couple mistakes. Like some other couples who didn’t get slaughtered for it

The couple took on a Samba to That’s The Way (I Like It) by KC And The Sunshine Band.

However, they found themselves critisiced for their mistakes, which the former pro claimed had plaughed other stars too.

This placed them firmly at the bottom of the leaderboard, six points behind Caroline Quentin and Johannes Radebe. 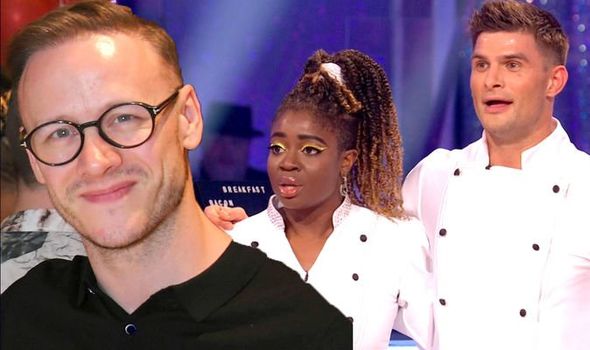 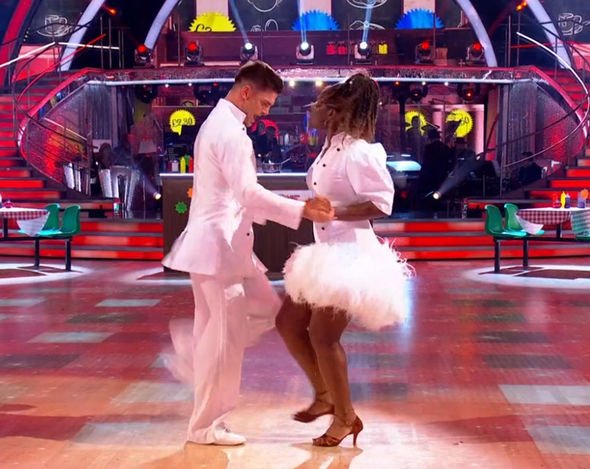 Shirley, 60, told the DJ, 36, that her feet “missed the mark… There was too much fumbling – it was by far your weakest performance so far”.

But, Kevin was having none of it, posting in view of his 250,000 Twitter followers that he “loved it”.

“Yes a couple of mistakes but there were also mistakes for the couples before them too @bbcstrictly.” 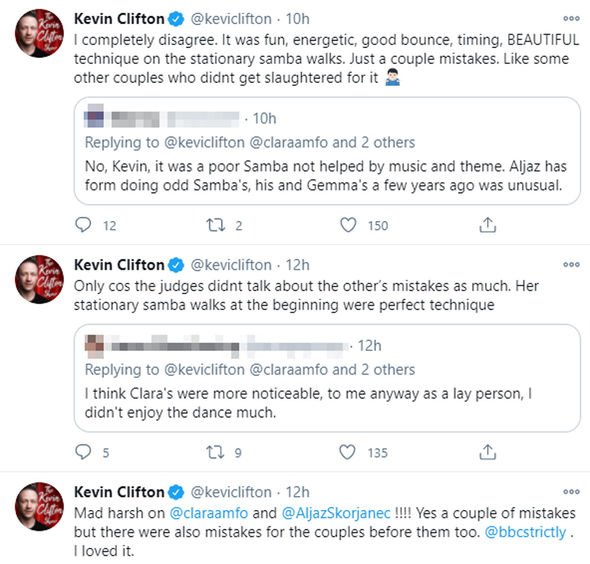 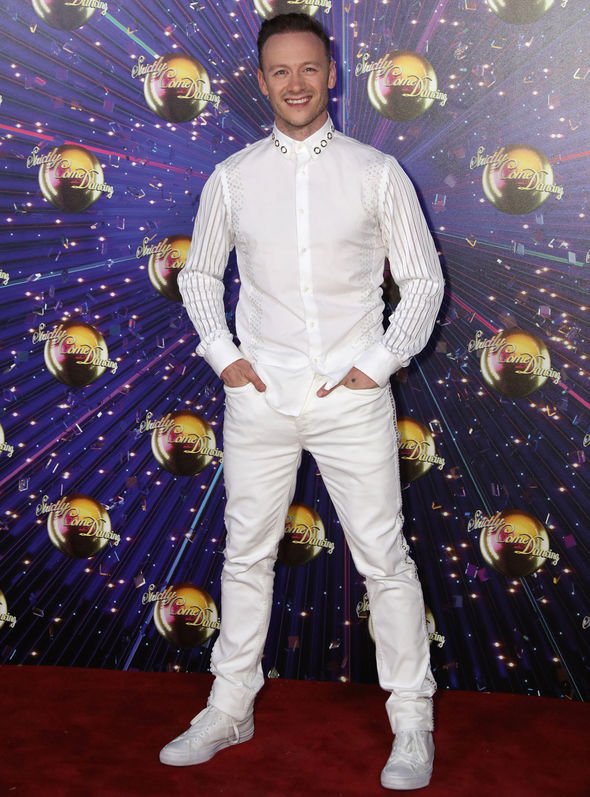 The star previously lifted the Glitterball in 2018 with now-girlfriend Stacey Dooley.

He quit the programme earlier this year to concentrate on other committments.

One viewer responded to Kevin: “I think Clara’s were more noticeable, to me anyway as a lay person, I didn’t enjoy the dance much.”

He responded: “Only cos the judges didnt talk about the other’s mistakes as much.

“Her stationary samba walks at the beginning were perfect technique.”

Kevin did not name names but also replied to a second fan, who placed some of the blame on Aljaz, 30.

They claimed: “No, Kevin, it was a poor samba not helped by music and theme.

“Aljaz has form doing odd samba’s, his and Gemma’s a few years ago was unusual.”

The person in question was referencing Gemma Atkinson, who he reached the final with in 2017.

“Just a couple mistakes. Like some other couples who didnt get slaughtered for it.”

Strictly Come Dancing: The Results continues tonight at 7.25pm on BBC One.