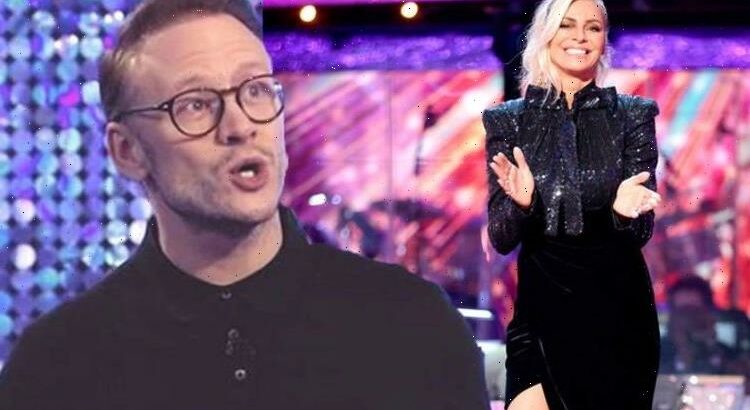 Kevin Clifton on Strictly pros 'some better than others'

Kevin Clifton was a favourite face on Strictly Come Dancing between 2013 and 2019. Despite leaving, the dancer is still an avid watcher and clearly feels very strongly about the glitzy competition.

This was one of the best eps Strictly has ever done

The 38-year-old has now taken to Twitter in defence of the 2021 season, after spotting a comment by a fan.

The person in questioned claimed Strictly was now “too PC” and they were no longer watching.

Kevin wasted no time in hitting back saying their standpoint was a “shame”.

He went on to gush about the second live instalment of the series, remarking that some had said it was one of the best episodes of the programme “ever”.

The performer had initially told his 249,000 followers he was unable to watch it as it went out.

Kevin tweeted: “Got a show tonight so il hve to watch @bbcstrictly on catchup. Lookin forward to everyones reaction.”(sic)

He is currently performing in musical Rock Of Ages, after quitting Strictly last year.

It was then one fan wrote back, saying it was this was the first run they hadn’t watched.

@FionaLauren88 claimed: “All to PC now turned it off and won’t watch it for the first time since it started.”(sic)

Kevin replied: “Shame cos from what im hearing from pretty much everyone (even people who sometimes criticise) this was one of the best eps @bbcstrictly has ever done.”

Many agreed with him. @22Yorkshire said of same-sex duo John Whaite and Johannes Radebe: “I’m loving the pairing of the guys – I’m finding it fascinating how they both sync their moves and last week taking turns in the lead – so complex but so very interesting and a joy to watch.”

@MoyD59 tweeted: “Really good tonight. Speaks volumes about the people of the UK when you hear things like that… It’s an entertainment show for God’s sake!”

A third, @HayleyDunbar5, added: “What exactly is too PC? I don’t think I’ve ever been emotional watching week 2, but there were some huge performances and lovely moments throughout the show!

“I think someone is confusing PC with inclusivity and celebratory!”

This evening the first celebrity will get the boot, based on the judges scores and public vote.

Kevin certainly enjoyed catching up on the sparkly goings on, and later gushed about one pairing in particular.

“I can’t sleep cos I can’t stop watching @1Judilove and @GrazianoDiPrima samba!

“@bbcstrictly is so joyful and that dance was AWESOME! Gona watch it again!”

Strictly Come Dancing: The Results airs tonight at 7.05pm on BBC One.