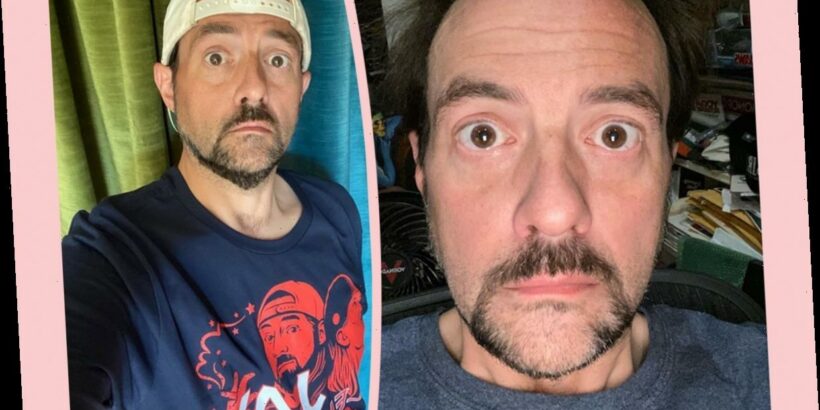 Whoa! We knew Kevin Smith was into intermittent fasting, but there’s nothing inter or mittent about this! He went almost a week straight without eating at all!

OK, right now we’re going to do what Kev does in his Instagram post and put up a TRIGGER WARNING for all the talk about not eating — as he’s found in the past talking about his process upsets a lot of folks who have dealt with eating disorders. (Though he swears that’s not what’s happening with him!)

During an episode of his Fatman Beyond podcast on Saturday, he first revealed that he was on a multiple day fast after some holiday “comfort eating” and that he wasn’t even hungry. Little did we know he would continue to not eat for TWO MORE DAYS!

On Monday, he finally posted about breaking the fast, his longest ever, after an absolutely jaw-dropping 152 hours — that’s 6 days plus another 8 hours — writing:

“I ended my longest fast this morning: 152 hours over the course of 7 days. I feel good and experienced no hunger and no lethargy. Helped that I was buried in writing the new version of #clerks3 for multiple hours a day, which was a welcome distraction from all the entertainment eating I was doing during the holiday, eating (and then overeating) because it’s pleasurable. Before I knew it, 152 hours rolled by because I was lost in Leonardo, NJ, at @quickstopgroceries (in the script, not IRL). I broke my fast with my favorite hummus from @cruzerveganpizza. And while I loved eating it while binging @cobrakaiseries 3, I wasn’t so much hungry as I just felt like it was time to eat.”

We love that Kevin is getting so much work done on the long-awaited Clerks 3 — but six whole days without eating? Really??

That certainly sounds on the verge of something dangerous. And we aren’t the only ones who’ve raised an eyebrow hearing about this particular method as Kevin writes:

“Last time I wrote about my fasting, some folks equated it with an eating disorder – so I apologize if anyone is triggered by this post. You are beautiful the way you are and you don’t need to change at all. But for me, fasting is about self discipline. I showed zero control over my eating during Christmas and at one point, I gorged on 6 bagels in an hour while watching #thesopranos.”

For most people, intermittent fasting means only allowing yourself to eat food during certain hours of the day. It’s a method of discipline for folks who have a hard time controlling themselves and can help curb all the unhealthy snacking. It doesn’t mean starving your body for days on end.

What the Yoga Hosers helmer is describing is kind of like binging and then punishing yourself with starvation — which sounds very much like eating disorder behavior to us. But Smith says it’s anything but unhealthy for him:

“When I fast, it allows me to divorce myself from an unhealthy habit of comfort eating for a brief time, so that I can put the food I eat into perspective instead of just stuffing it all into my fat cells (as I did for 47 years until my heart attack prompted me to change my ways).”

We love love LOVE how Kevin has gotten healthy after his major 2018 health scare — the thought of losing a celeb who’s been in our lives, always being open and honest and super TMI, for so long, it honestly felt like losing a friend.

So hearing about him pushing towards vegetables, going vegan with daughter Harley Quinn Smith, and practicing real food discipline has been as reassuring as it is inspiring.

But no food for six days straight?? Kevin concludes his post by saying:

“Again, I am not trying to promote fasting or suggesting you try it out either; I’m just sharing my journey and what I enjoy about the process; a process I’ve found to be beneficial for me, my mind and my body.”

What do YOU think, Perezcious weight watchers? Is Kevin just describing his own particular best practice for keeping healthy? Or is he hurting himself and not even realizing it? Weigh in with a comment (below)!