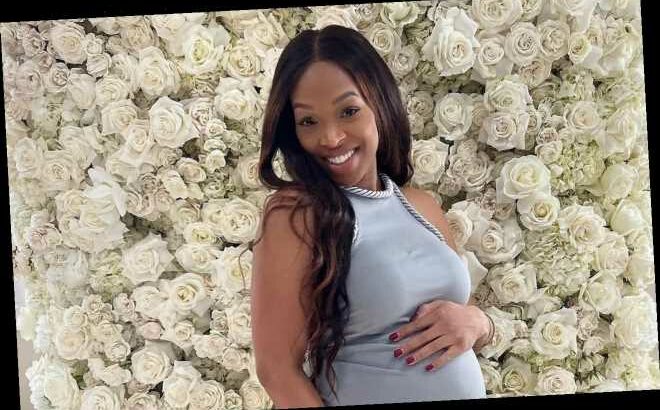 The close friend of the Kardashian clan is over the moon to announce that she has given birth to a new addition to her growing family with husband Bobby McCray.

AceShowbiz -Actress Khadijah Haqq McCray‘s family just grew a little bigger after she welcomed another daughter into the world.

Sharing a snap of her and husband Bobby McCray‘s hands alongside their other children’s and the newborn’s, Khadijah – one of the Kardashian clan’s closest friends – wrote on Instagram, “We love you baby girl, you complete our family! When 5 becomes 6.”

She didn’t reveal when the baby was born or a name although she’d previously revealed that she and Bobby were planning on calling their little girl Kapri.

Following Khadijah’s post, she was inundated with messages of congratulations from her famous friends, including Ashlee Simpson, who wrote, “Congrats to your beautiful family,” and Tamar Braxton, who commented, “praise God I’m so grateful.”

The “Sky High” actress already shares son Christian, 10, and six-year-old daughter Celina with Bobby, who is also dad to a 16-year-old son also called Bobby from a previous relationship.

Khadijah was hospitalized last year during her pregnancy. “I had a pre-term labor scare a few weeks ago,” she revealed back in November, adding that it’s not easy for her to open up about her struggles as “pregnancy for me has always come with a multitude of challenging symptoms and scares.”

A month later, she gave an update, “While I’ve been enjoying baby kicks and in-bed dining lol, I’m still experiencing the bad symptoms… back, hip & leg aches, heartburn, constipation, stress from self-blame and much more. It hasn’t been easy and I’ve had so many concerns along the way.”