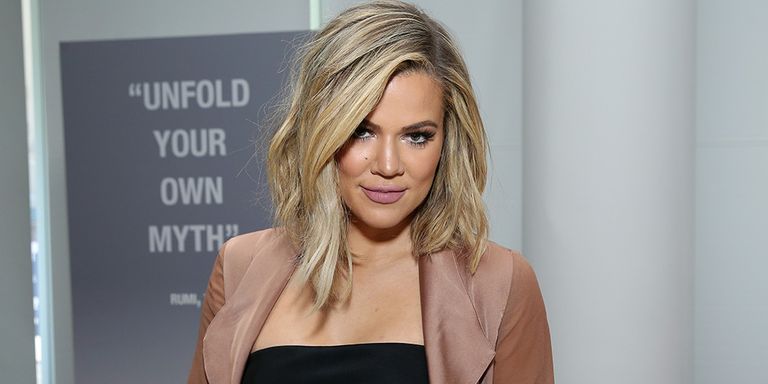 Baby True Thompson is almost one month old, and proud mom Khloé Kardashian just posted a bittersweet update about her daughter’s milestone. The new parent might’ve alluded to the fact that the happy occasion also serves as a painful reminder of the recent cheating scandal surrounding her baby daddy, Tristan Thompson.

On Wednesday, the reality star took to Twitter to make a rare mention of her daughter. “I can’t believe my baby will be a month old tomorrow?,” Khloé wrote in honor of her daughter’s big day. She continued: “Why does this make me happy and sad all at the same time. Thank you Jesus for my sweet peanut?.”

The sentiment of sadness is likely a jab at the reality star’s boyfriend, NBA star Tristan Thompson, who’s been swarmed by infidelity allegations in the past few weeks. The accusations began in mid-April, days before Khloé went into labor.

Sensitive to Khloé’s melancholy tone, fans showed an outpouring of support for the new mom, tweeting their well-wishes to both Khloé and baby True (note: not Tristan Thompson). In a follow-up post the same day, the reality star tweeted: “I love you?thank you for the sweet love to baby True. Night night babes.”

Though Khloé has yet to publicly respond to Thompson’s cheating scandal, both Kim Kardashian and Kris Jenner have added their two cents in recent interviews on The Ellen Show. However, they didn’t express harsh criticism on the basketball star. (Though Kim admitted “it’s so f*cked up”.) Instead, they voiced unwavering love and support for Khloé and her sweet baby.

And though we have no pictures of the newest addition to the Kardashian clan, both parents have provided happy-baby updates about little True.

“Baby True is going to be a month old on Thursday!” the new mom wrote on her blog. “So far, she’s so incredibly sweet and patient—really not fussy at all. I can tell she’s going to be super athletic and incredibly strong! She’s very calm, peaceful and loves to cuddle with her parents.”

Thompson also spoke about his daughter during a Road Trippin podcast, which aired on Tuesday. The Cleveland Cavaliers player told host Allie Clifton that baby True is “doing good.” “She has a full head of hair. She has green eyes,” he added. “This is the first girl Thompson, female Thompson, so it’s huge.”

While it’s yet to be officially confirmed if the new parents will stay together, it sounds like their daughter is, so far, a happy girl.