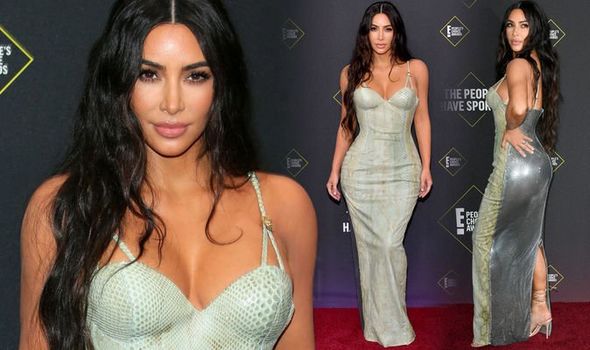 Kim Kardashian, 39, showed off her famous curves at the People’s Choice Awards in California last night.

The Keeping Up With The Kardashian’s reality star looked incredible when she arrived on the red carpet at the annual event and posed for pictures.

Mum-of-four Kim, who is married to American rapper and fashion designer Kanye West, 42, turned heads in a skintight Versace dress which perfectly showcased her killer curves.

The mint-coloured snakeskin outfit featured a low cut neckline and a metallic silver panel at the back which shimmered as she walked and highlighted her famous derrière.

Wearing her long raven tresses in loose waves cascading down her back, the popular television personality enhanced her good looks with fluttery eyelashes and pink lips.

She teamed her dress with a stylish pair of lace-up Manolo Blahnik heels.

Turning the night into a family affair, Kim attended the Santa Monica event with sisters Kourtney, 40, and Khloe, 35, as well as mum Kris Jenner, 64.

The foursome wowed on the red carpet before entering the awards ceremony together. 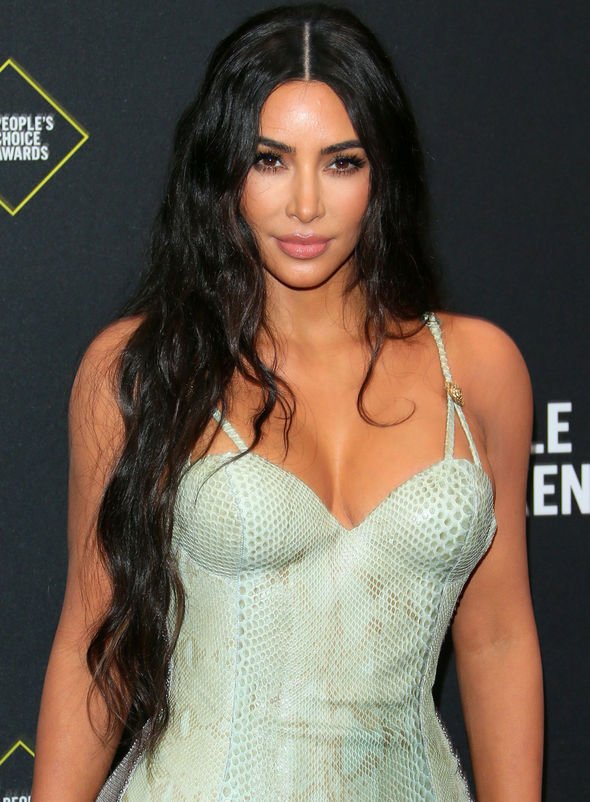 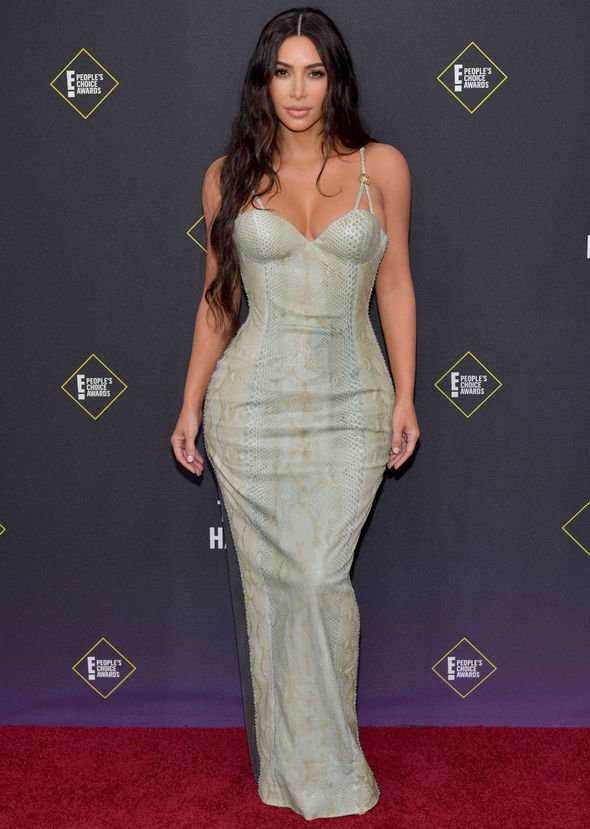 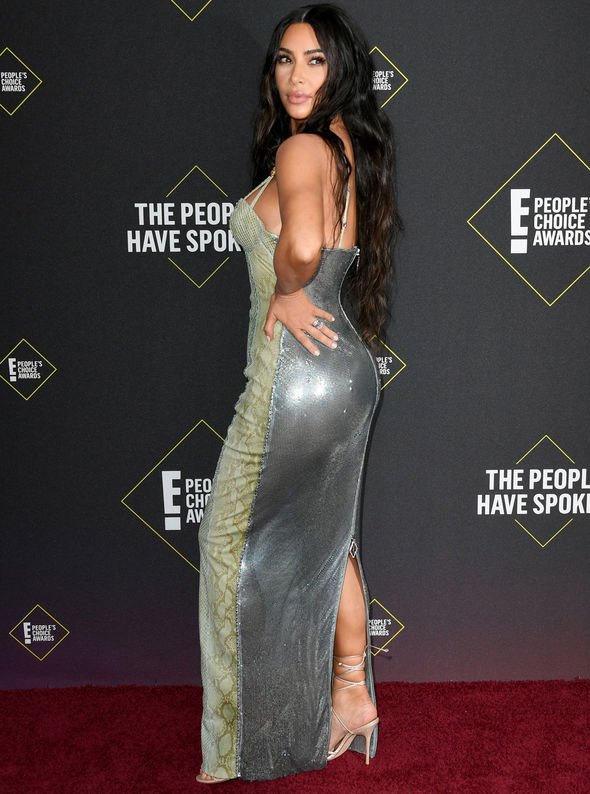 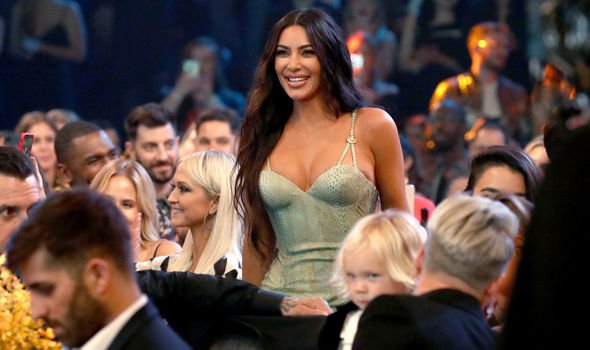 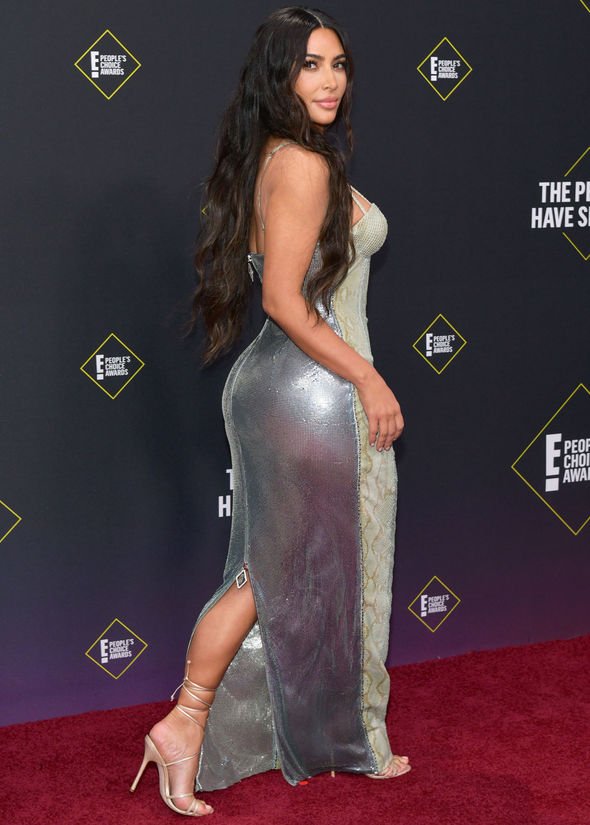 Kim’s older sister Kourtney put on a very busty display in a skimpy black bra worn underneath a sparkly silver striped suit as she stood alongside her siblings to pose for the cameras.

Khloe, who scooped the Reality Star of the Year award on the night, made sure all eyes were on her in a gold bra under a shimmery black and gold dress with ruched skirt, which featured a daring thigh-high split.

During the award ceremony, the foursome took to the stage to accept the Reality Show of 2019 gong for their programme Keeping Up with the Kardashians.

They all held hands as they made their way to the stage together before speaking to the star-studded audience and thanking their fans. 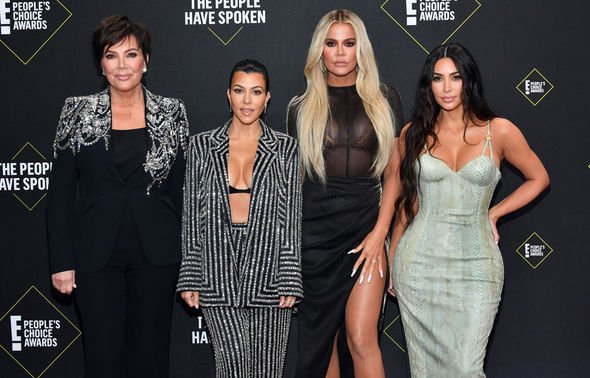 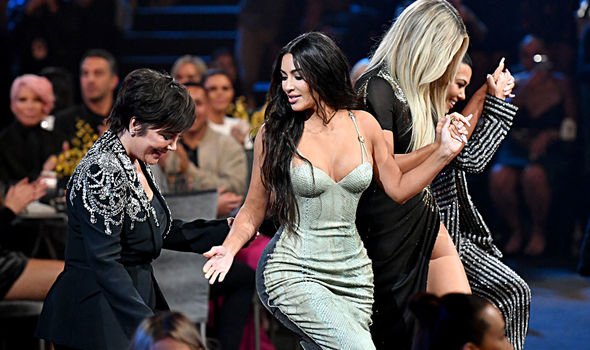 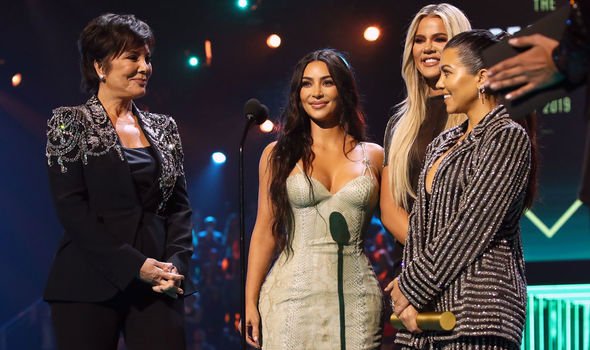 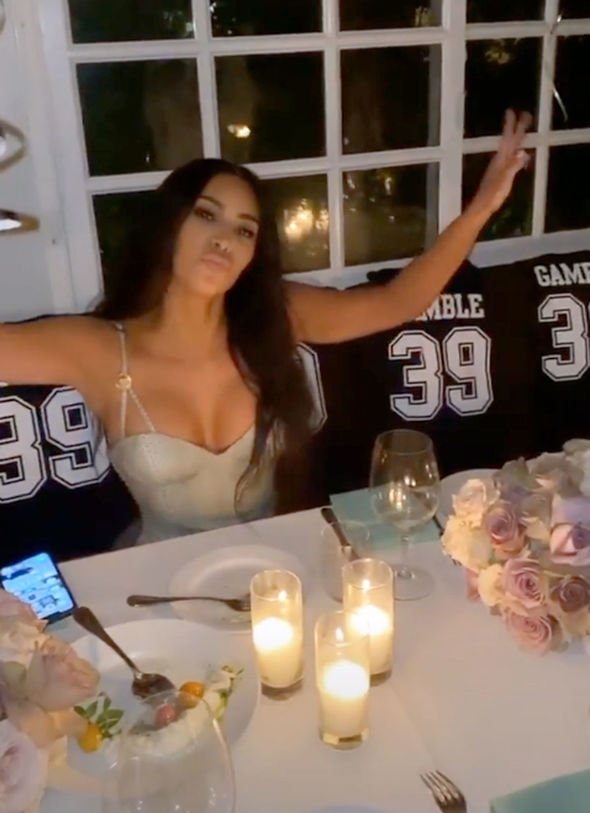 Following the People’s Choice Awards they all headed to a family party to celebrate Corey Gamble’s 39th birthday.

Kim shared several videos from inside the bash with her 151 million followers on her Instagram Stories.

Kris and Corey were seen dancing the night away in the balloon-filled restaurant.