Amicable exes! Kim Kardashian and Kanye West put on a united front when they attended a dinner together in Malibu with some friends on Sept. 30.

Kim Kardashian filed from divorce from Kanye West in February, but the two once again sparked speculation that they might not go through with the split on Sept. 30. The former lovebirds were photographed leaving a dinner together at Nobu Malibu, where they were joined by a group of friends for the night out. Kim rocked a skintight, light purple catsuit, which she paired with high purple heels, a brown leather coat and her hair in a long braid. Meanwhile, Kanye kept it a bit more casual in an all-black ensemble. 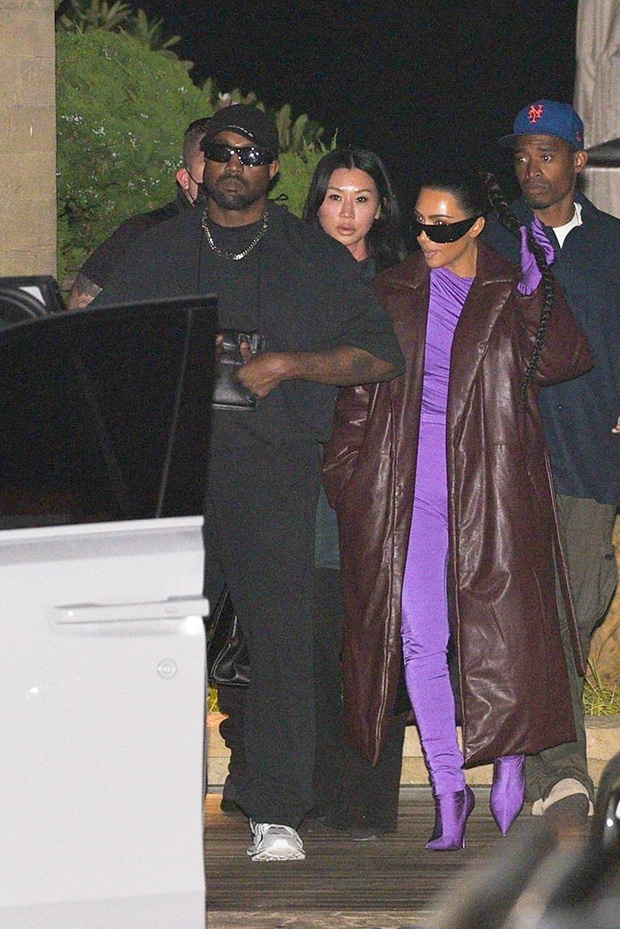 This evening out comes amidst recent buzz that Kim and Kanye might be trying to work things out. Over the summer, Kim was extremely supportive of Kanye when he released his most recent album, Donda. She attended various release events for the album, and even showed up to one wearing a wedding dress.

“Kim wants to make things work, especially for the kids, and she still has love for Kanye,” a source told HollywoodLife EXCLUSIVELY in August. “They are putting on a united front and are re-committed to trying to stay together. They are taking it day by day.” Our insider added that it was still unclear at the time whether or not Kim would withdraw the divorce papers, though. 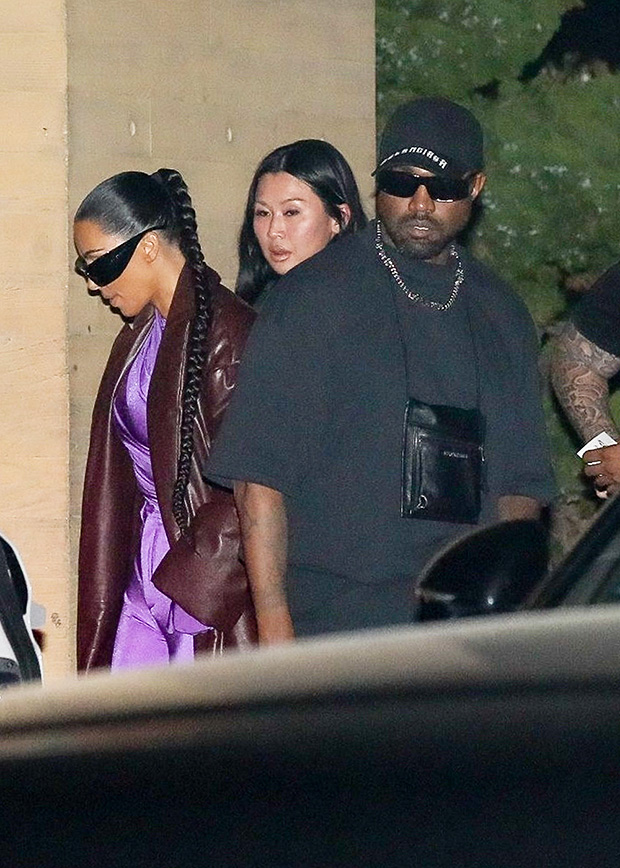 After filing for divorce, Kim opened up about her decision on Keeping Up With the Kardashians. She explained that she and Kanye simply had different lifestyles — she needed to be based in California with her family, while he wanted the freedom to move around and live in other places, like Wyoming. “I never thought I was lonely,” Kim admitted. “I always thought it was totally fine — I can just have my kids, and my husband moves from state to state, and I’m on this ride with him. I [was] okay with that. But after turning 40 this year, I realized…no. I don’t want a husband that lives in a completely different state.”

Kim and Kanye have four kids together — North West, 8, Saint West, 5, Chicago West, 3, and Psalm West, 2 — and they’ve prioritized co-parenting since their breakup. “We have an amazing co-parenting relationship and I respect him so much,” Kim said on the KUWTK reunion in June. “That was my friend, first and foremost, for a long time. I can’t see that going away. I will forever be Kanye’s biggest fan. He’s the father of my kids. He’ll always be family.”