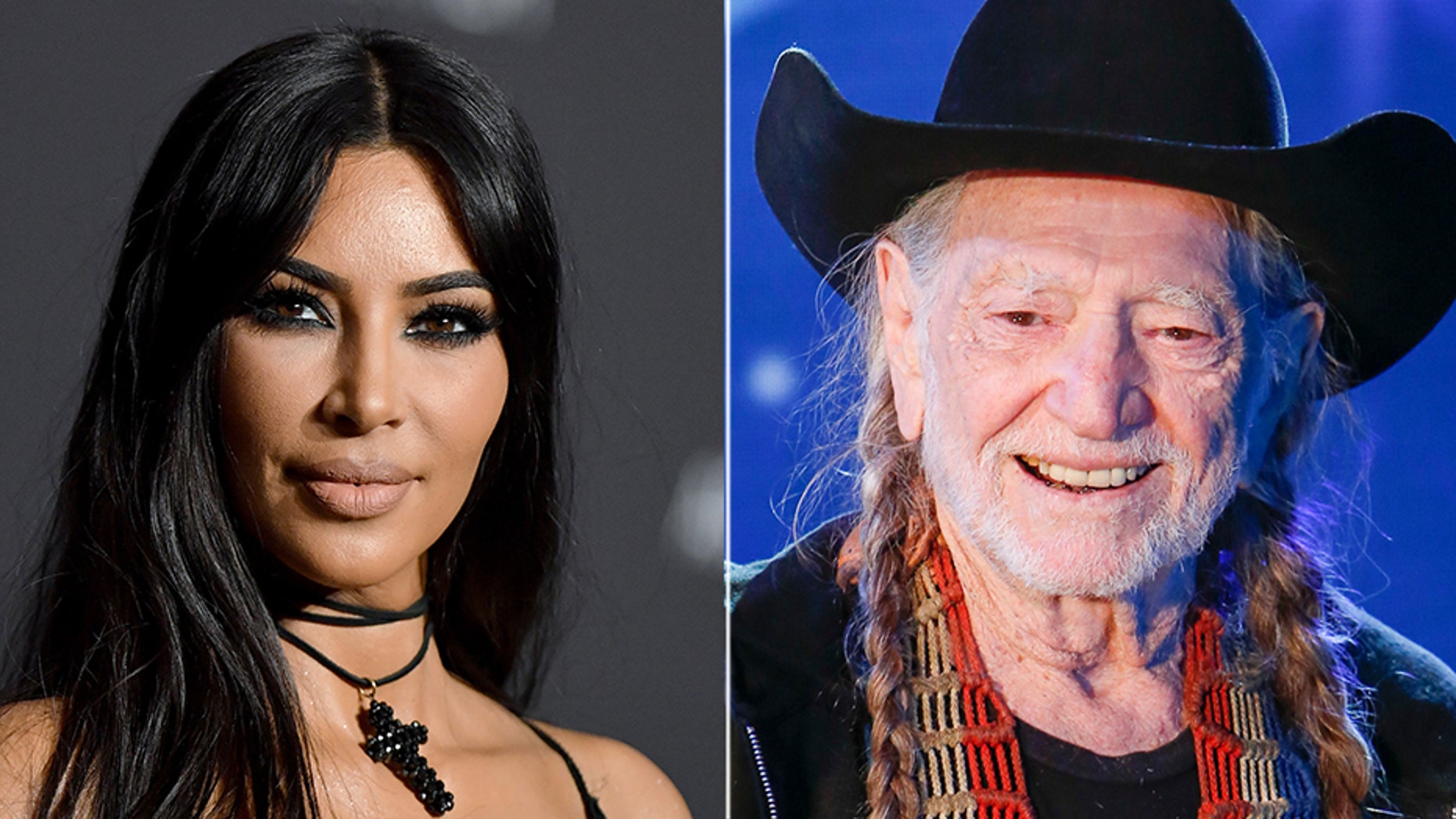 Kim Kardashian and Willie Nelson headed to the polls on Tuesday to cast their votes for the midterm elections.
(Getty Images)

It's Election Day, and the stars are not only encouraging fans to vote in the midterms, but are heading to the polls themselves to cast their votes.

Here's a look at all of the celebrities who've received their "I Voted" stickers:

The country singer-songwriter posted a selfie with his sticker, and the caption "JUST VOTE." 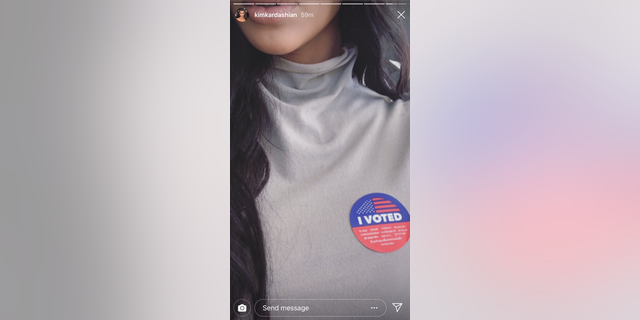 The "Keeping Up with the Kardashians" star took to her Instagram story on Tuesday to share a photo of her "I Voted" sticker.

The "This Is Us" shared a message along with her "I Voted" sticker.

Perry shared a photo of herself and her pup wearing star-spangled outfits on Tuesday, a stark contrast from her 2016 look, where Perry stripped down for a Funny or Die video as a way to get fans to the polls.

The "Santa Clarita Diet" star posted a photo of herself with her "I Voted" sticker covering her mouth.

The "Sober" singer broke her silence taking to social media on Tuesday to show the world that she exercised her right to vote and encouraged others to do the same.

Lovato's post is the first time she has spoken publicly since she released a heartfelt message in August when she was hospitalized for 10 days following a drug overdose in her Hollywood Hills home.

Witherspoon shared a selfie of herself in a white top paired with two accessories: a gold necklace and her "I Voted" sticker.

"I Voted! 🇺🇸 ✅ How about you?!" the "Big Little Lies" star captioned the picture.

The "Fuller House" star brought his son Billy to the polls.

"We did, did you?" #vote," Stamos captioned a photo of him holding his 7-month-old baby boy, who has an "I Voted" sticker on his back.

The actress proudly held up her "I Voted" sticker on Tuesday.

"Today's the day," Biel captioned the picture. "Make your voice heard and VOTE." 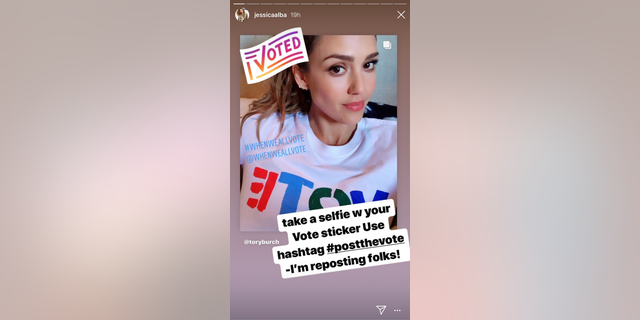 Along with posting a photo of herself in a Tory Burch "VOTE" tee, Alba encouraged her fans to share their "I Voted" snaps with the star, who promised to repost their Instagram photos.