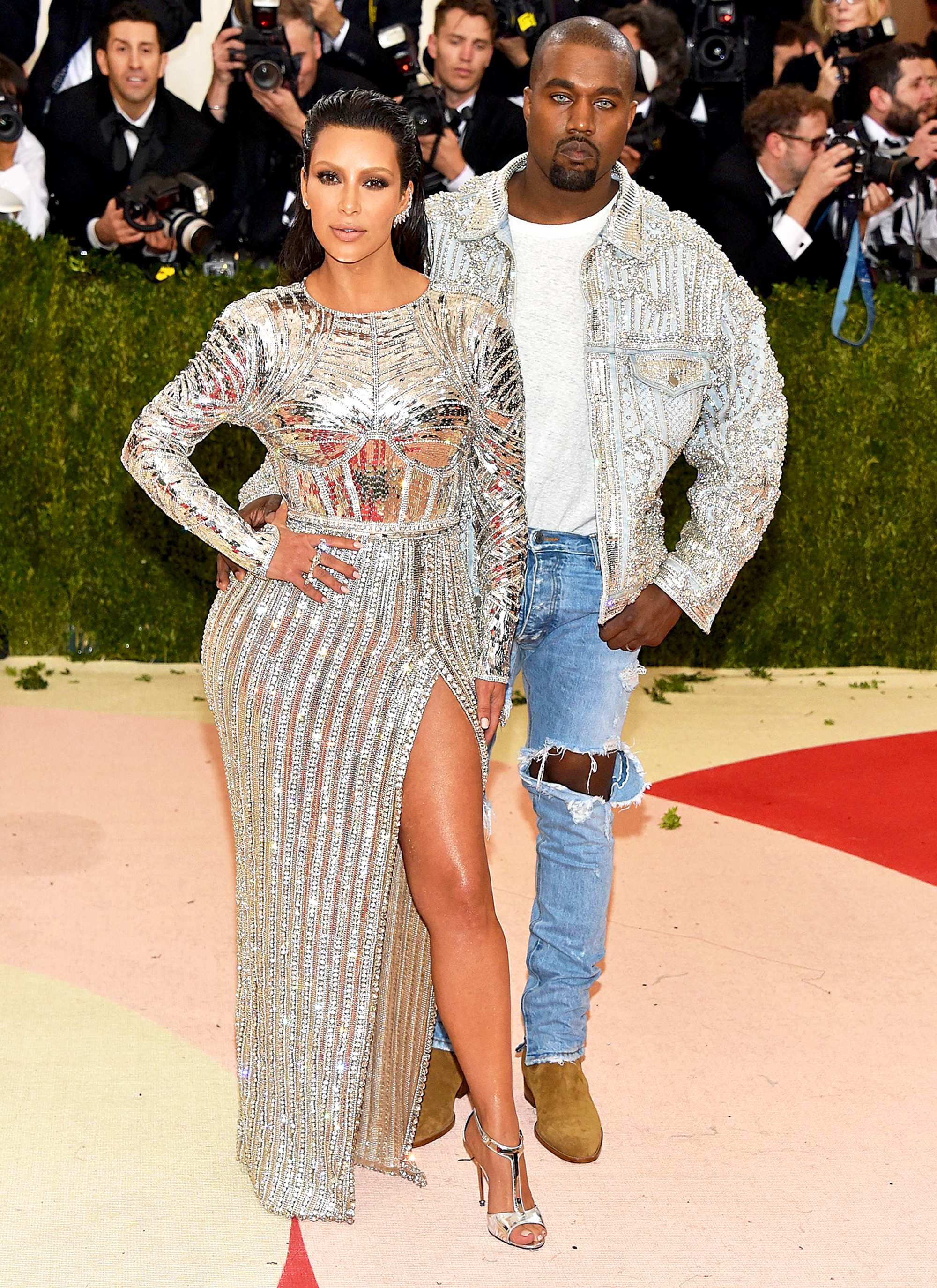 Kim Kardashian did not have Kanye West by her side at the 2018 Met Gala on Monday, May 7, but the rapper still made sure to show some love to his wife of nearly four years.

West, 40, tweeted a photo of Kardashian, 37, posing in the gold chainmail Versace gown she wore to the annual fashion event. He captioned the snap with a whopping 25 fire emojis, a sweet move that the Keeping Up With the Kardashians star was quick to notice.

“Love you babe,” she responded in a tweet of her own. “wish you were here with meeeeee but you’re only finishing up 5 albums.”

Us Weekly exclusively confirmed last week that the 21-time Grammy winner would not attend the Met Gala for the second year in a row. Instead, he has been holed up in Wyoming, where he is putting the finishing touches on his new albums, two of which are due out in June. (Kardashian wasn’t alone, though. Her mother, Kris Jenner, and sisters Kendall and Kylie Jenner also walked the red carpet on Monday night.)

A source previously told Us that West had been “all over the place about going” to the bash, noting, “One minute he says that he will go. Another, he insists that the album needs more work. Kim just wants to go to the gala and have a great time.”

The “Father Stretch My Hands” MC recently returned to the spotlight after reactivating his Twitter account. Since then, he has faced controversy for voicing his support for President Donald Trump and suggesting in a TMZ Live interview that slavery was a “choice.” Kardashian later revealed on The Ellen DeGeneres Show that she “didn’t even know he got his Twitter again until I started seeing tweets come in from other people.”