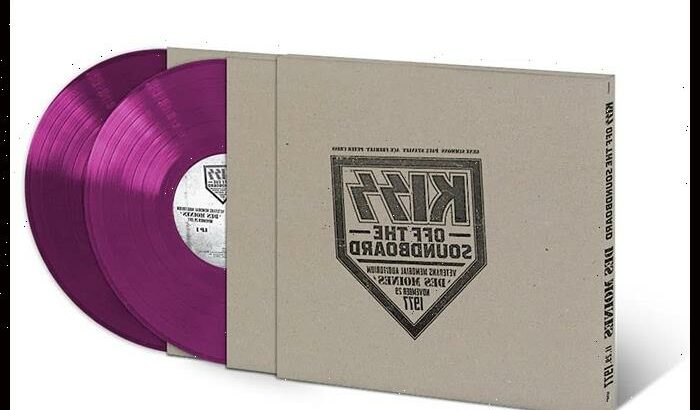 KISS recently shared a live version of “Let Me Go, Rock ‘N Roll,” the first track from KISS – Off The Soundboard: Live In Des Moines 1977, the upcoming installment of their popular Off The Soundboard official live bootleg series.

KISS – Off The Soundboard: Live In Des Moines 1977, recorded during the “Alive II” tour at Veteran’s Memorial Auditorium in Des Moines, Iowa, on November 29, 1977, is scheduled to arrive on September 9th via UMe.

The record will be available to stream and download, with a 17-song two-LP standard black vinyl set, single CD, and a limited-edition two-LP set pressed on 180-gram purple vinyl.