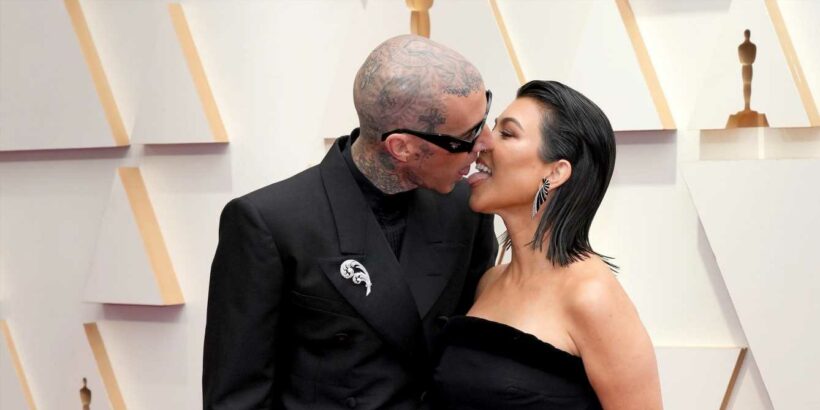 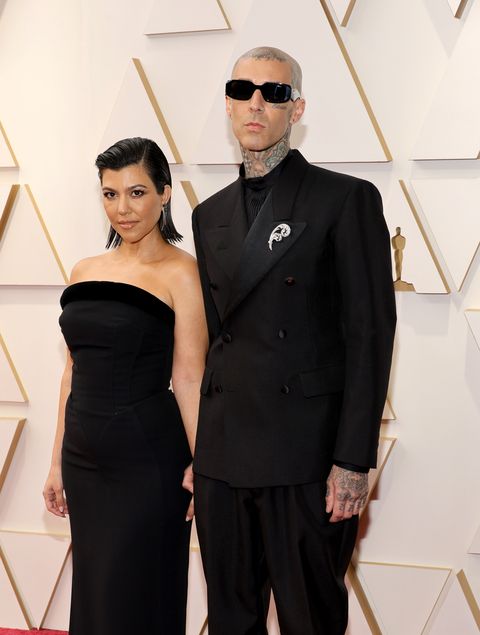 And yes, they semi touched tongues: 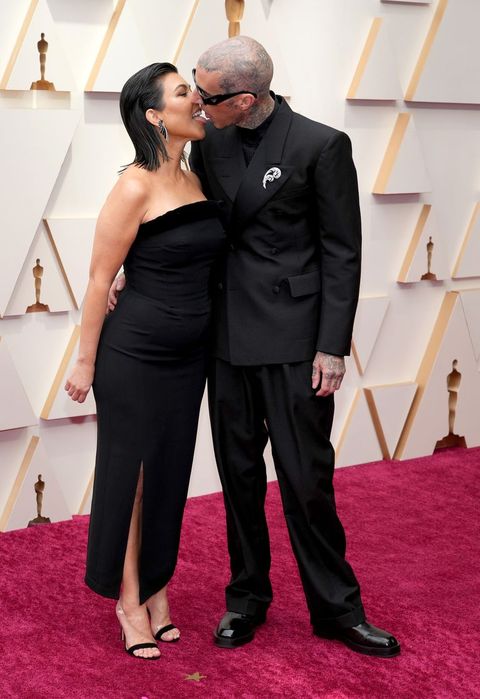 This is Kourtney and Travis’s first Oscars as a couple, and if you’re wondering why they were invited, that’s because apparently Travis will be performing in this year’s All-Star Band alongside Robert Glasper, Sheila E., and music director Adam Blackstone. 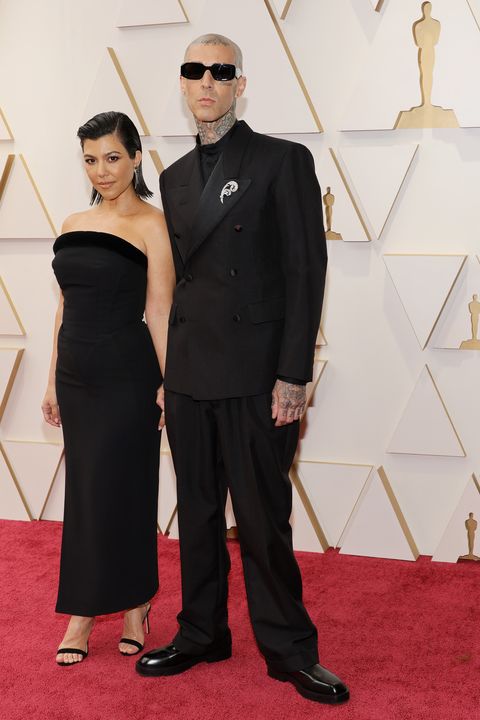 This extremely fancy Oscars appearance comes amid Kravis being busy wedding planning, not to mention their plans to to expand their blended family. Kourtney dropped the news in a recent trailer for Hulu’s upcoming reality show The Kardashians (which is totally different from Keeping Up With the Kardashians, how dare you), saying, “Travis and I want to have a baby.” We also saw some footage of them at a doctor’s office, so it’s clear that the process has already started.

It’s unclear if Kourtney and Travis will let cameras be around for their wedding, but a source recently told Entertainment Tonight that the event is going to be “really exclusive,” “intimate and special,” and will likely go down in 2022. “Kourtney and Travis want to get married sooner than later,” the insider said. “Wedding planning has already begun and things are in motion. They want their wedding to be really exclusive. They both have a lot of friends but want it to be intimate and special. Kourtney is super excited to get married to Travis. Both Kourtney and Travis are so looking forward to spending the rest of their lives together as soul mates.”