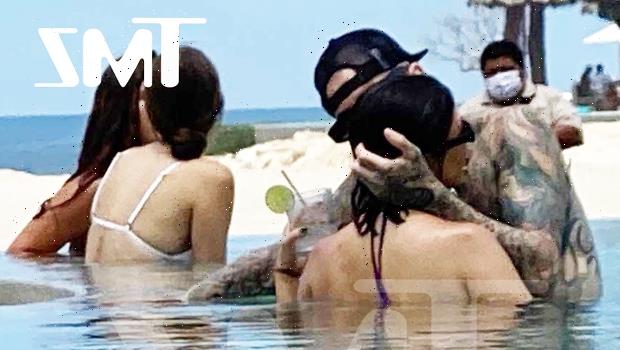 Travis Barker passionately made out with GF Kourtney Kardashian in Cabo after boarding his first plane in 13 years. The drummer was involved in a traumatic plane crash in 2008.

After hopping on his first flight in 13 years, Travis Barker engaged in some PDA with Kourtney Kardashian in Cabo San Lucas, Mexico this week. The Blink-182 drummer, 45, enjoyed a dip in a pool at the Las Ventanas al Paraiso resort with his media personality girlfriend, 42, in new snapshots from TMZ shared on Tuesday, Aug. 17. With drinks in their hands, the duo kissed in the water. 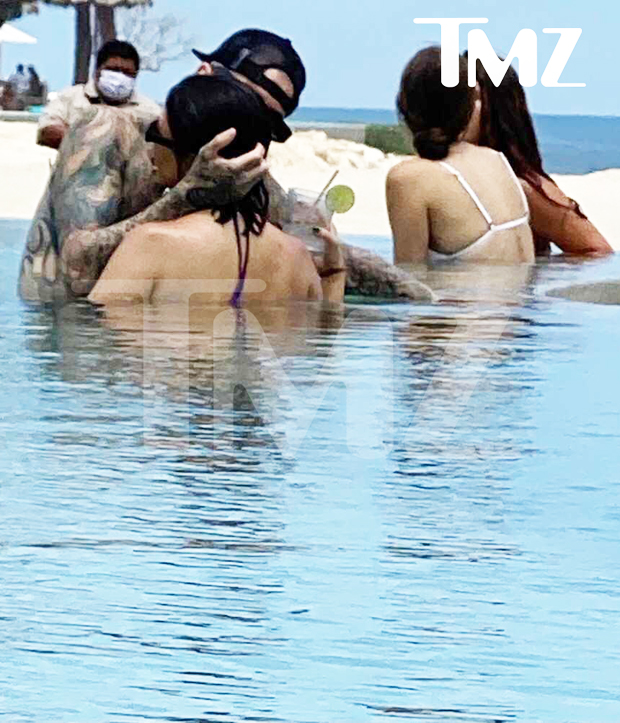 The couple departed Los Angeles on Sunday for the vacation. The two are also joined by Kourtney’s mom Kris Jenner and her boyfriend Corey Gamble for the Mexican getaway. The ride there marked a major milestone for Travis, who up until then had not been on an airplane following the 2008 plane crash that left him with critical injuries and severe burns.

In the September accident, four of the six people on board had been killed following the fiery crash in South Carolina. Travis and fellow musician Adam “DJ AM” Goldstein were the sole survivors; Adam died a year after the accident from a drug overdose. Following the traumatic incident, Travis developed a fear of flying. 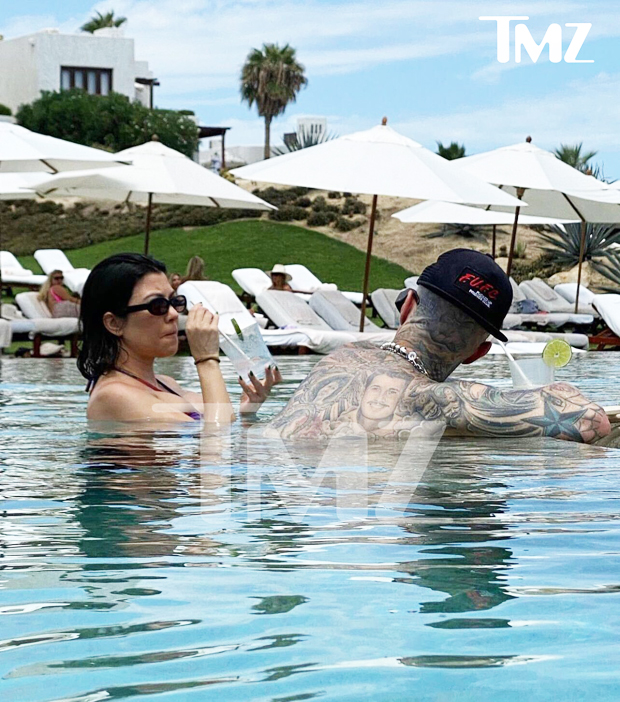 In an interview with Men’s Health in May, the drummer called the crash a “wake-up call” that helped combat his drug use. “People are always like, ‘Did you go to rehab?’ And I [say], ‘No, I was in a plane crash,’” he said, detailing his use of an “excessive amount of weed” and prescription painkillers. “That was my rehab. Lose three of your friends and almost die? That was my wake-up call. If I wasn’t in a crash, I would have probably never quit.”

He added that he began therapy to deal with the PTSD and survivor’s guilt. “I was dark. I couldn’t walk down the street,” Travis said. “If I saw a plane [in the sky], I was determined it was going to crash, and I just didn’t want to see it.” While the accident “haunted” him for a long time, he added that it has gotten better. “Now it’s been so many years, it’s getting easier for me,” he continued. “There are days where I’ll wake up and never think about it.”

On Tuesday, Travis shared a Casablanca-esque Instagram photo of himself confronting his fear with Kourtney. The two kiss and embrace in front of the plane. “With you anything is possible,” he captioned the post.