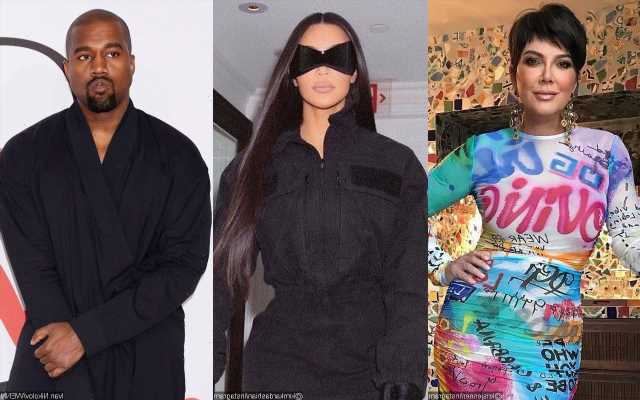 In a new interview, the momager calls the bullying ‘shocking’ to her as she can’t understand why bullies trash people they don’t really know behind a gadget screen.

AceShowbiz –Kris Jenner has weighed in on countless criticism her family has dealt with. In a new interview, the momager called the backlash her daughter Kim Kardashian receives amid her ongoing divorce from Kanye West “disappointing.”

In a new interview with The Herald Sun, the 66-year-old reality star said of the backlash, “It’s disappointing, I’m not going to lie.” She added, “You do the best you can, you go through life, you work hard, play hard; I raised my family, my kids have their own families now. We’re just trying to be good people.”

Kris later shared that though Kim, who recently made headlines for her alleged unreleased sex tape, faces heavy criticism over her divorce, all she could do is support her daughter. “When any one of us is going through something big in our lives, it’s really important for us to understand they’re not always going to have a lot of other people who are going to understand the situation,” she told the outlet. “So we try to be there for her and pay attention to what’s going on.”

“We all spend a lot of our time together. I know she feels, and she knows, that she has the support of her entire family, right?” the “Keeping Up with the Kardashians” alum added. “I think she’s just doing the best she can to make sure the co-parenting stuff goes well. She’s an amazing mom.”

Elsewhere during the conversation, Kris called the online bullying “shocking” to her, noting she couldn’t understand why people would even want to trash people they don’t even know from behind a computer screen. “These are people who are obviously very unhappy in their own lives when they’re going online, saying ugly things,” she continued. “My grandmother used to always say, ‘If you don’t have anything nice to say, don’t say anything at all.’ “

Kim filed for divorce from Ye last year after seven years of marriage. Since then, their controversial split has often made headlines. In March, a Los Angeles judge ruled “The Kardashians” star, who shares four children with the “Donda” artist, legally single.