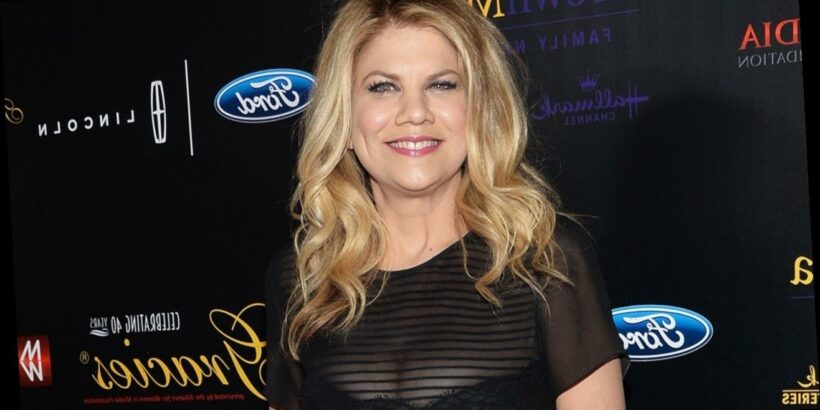 Kristen Johnston is getting candid about her past struggles with substance abuse. The Mom star recently opened up about her battle with drugs following her rise to fame on the beloved sitcom 3rd Rock From the Sun.

“It was like an on-off relationship for four years,” Johnston said during a recent appearance on Elizabeth Vargas’ podcast, Heart of the Matter. “It only became really bad after 3rd Rock.”

“I was able to keep a lid on it for a couple of years,” she recalled, “and then we became married, me and my opiates, a couple of years after 3rd Rock. And it was a very, very abusive relationship.”

The actress — who starred on the hit sitcom throughout its six seasons from 1996 to 2001  — reflected on how the fame and attention that came with being on a major TV series really affected her when she was younger.

“The work was fun, but everything that came with it was so terrifying to me,” she recalled, adding that she “lived in a state of absolute panic for 10 years,” and that took her toll on her mental health and sobriety. She became paranoid that the media would learn about her addiction problems, and that made the panic even worse.

Johnston, who said she’s been clean and sober now for 14 years, explained how she finally had a moment of clarity when she was hospitalized after the opening night of a play she was starring in over in London. The hospital stay, which was the result of an ulcer, kept her through New Year’s Eve.

“I saw all these fireworks, and everyone was outside at the Eye, and I could see the London Eye from my hospital bed, and it just occurred to me that there are people standing there watching that outside,” she recalled. “They’re with their friends and their family, and they are not worried about where their next pills are. I haven’t done that for 15 years.”

Johnston said this moment proved to be a turning point and felt like “the first time sanity seeped through” in a long while.

The actress — who currently stars on the CBS sitcom Mom, which revolves around addicts and the challenges they face on their sobriety journeys — recently lost her sister, Julie Herschede, to addiction in August.

Johnston reflected on the loss, which she said was “very painful” for her family, and explained that she will often speak with and try to help those who reach out for advice or support.

“I connect to people who communicate with me, the loved ones of addicts and the addicts, because I’ve been both,” she shared.