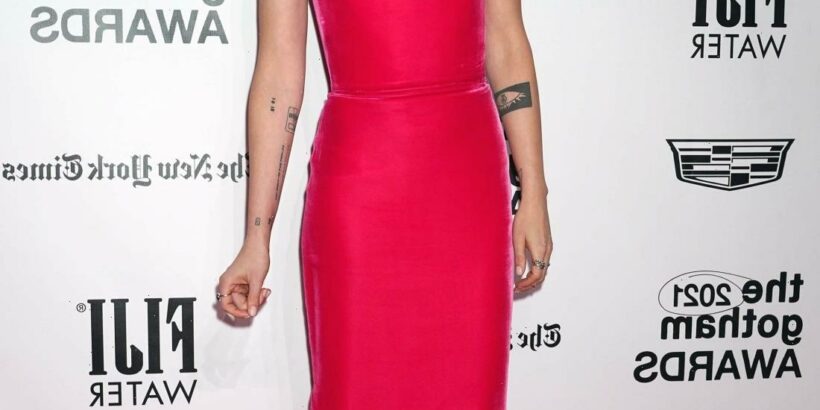 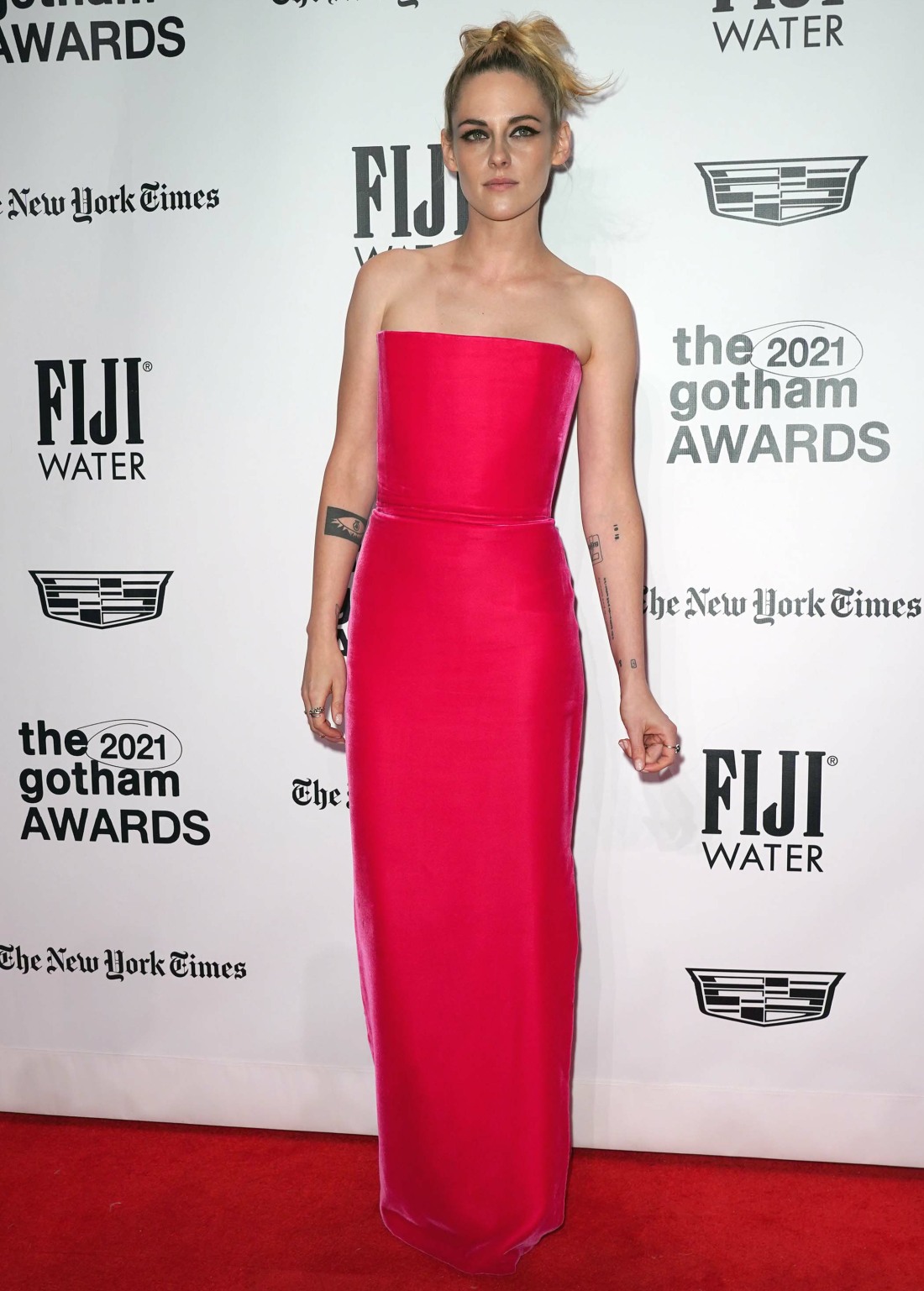 One of the reasons why I’m pretty jazzed about this year’s awards season is because there are some very stylish “fashion girls” in the mix for many awards. Kristen Stewart is one of those fashion girls! Kristen will likely get nominated across the board for Spencer, and while I hope she doesn’t win anything major for it, I’m fine with her getting nominated. I’m also looking forward to her awards-season fashion. Kristen attended last night’s Gotham Awards and look! She didn’t wear some God-awful Chanel. She wore this hot pink August Getty dress which looks amazing on her. This is the cutest she’s looked during the entire Spencer promotion! 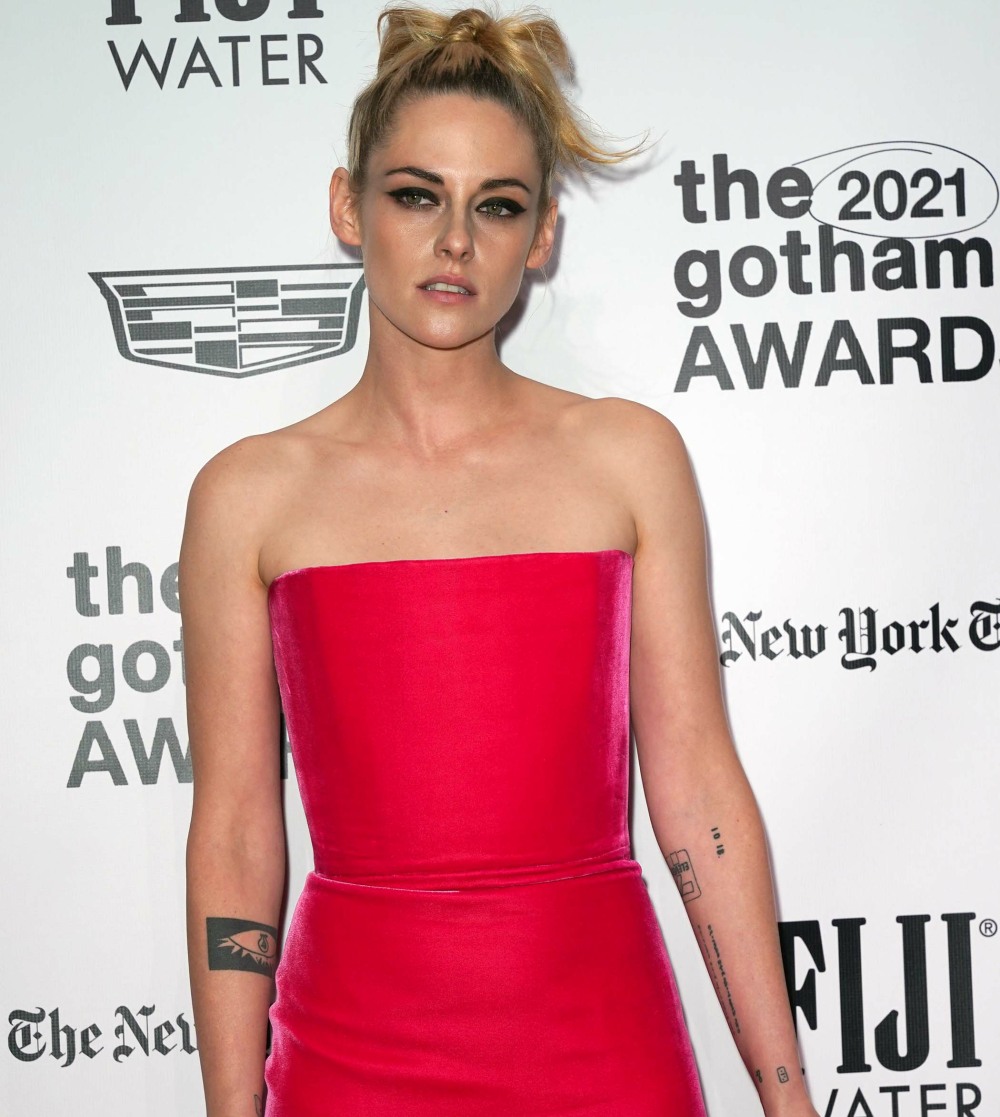 Dakota Johnson and Maggie Gyllenhaal will likely be in the awards mix too, for The Lost Daughter, which is Maggie’s directorial debut. Maggie wore Rodarte to the Gotham Awards, and Dakota wore Schiaparelli. It’s amazing to see Dakota NOT wear Gucci for a change as well. 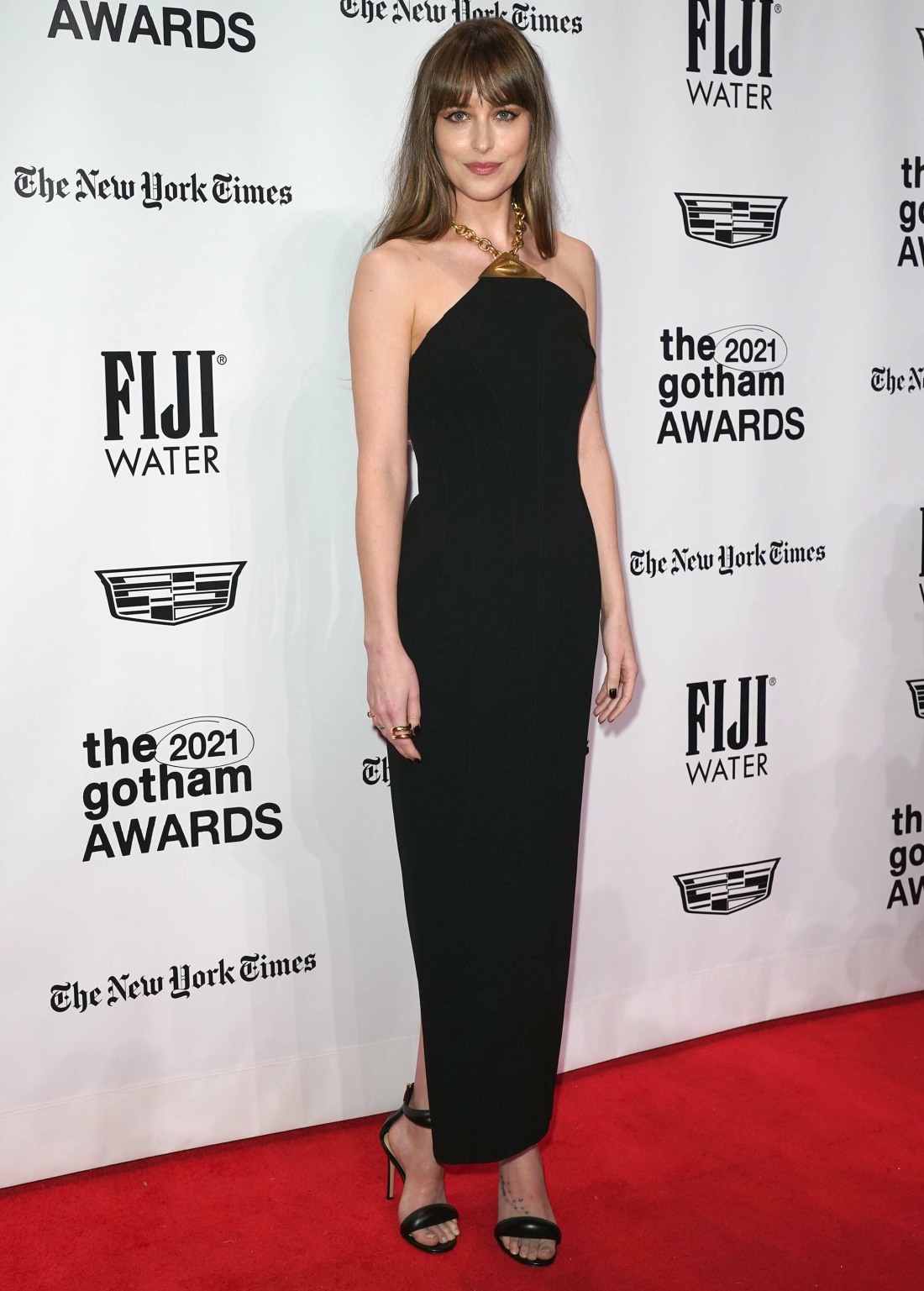 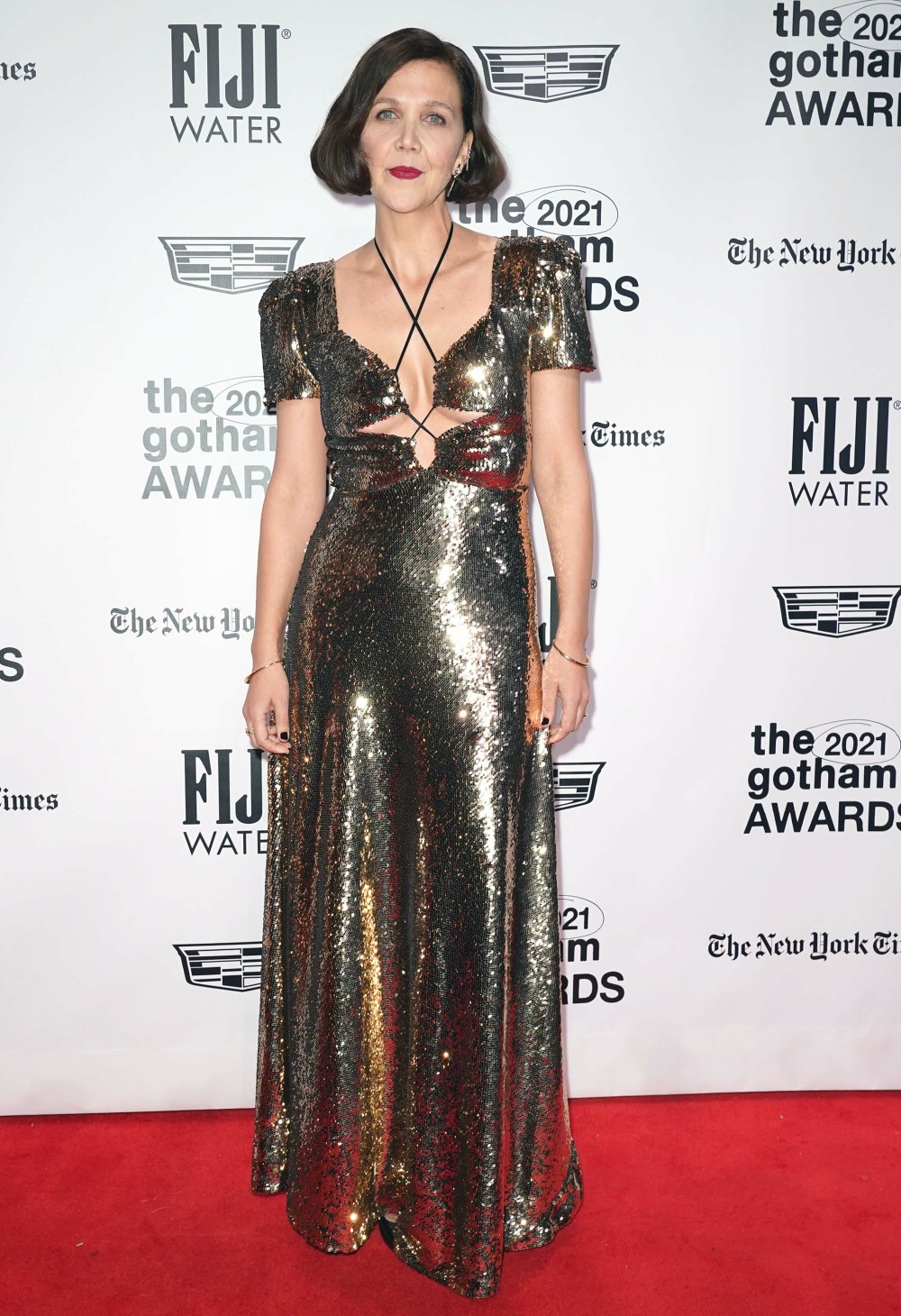 Also in attendance at the Gothams: Passing’s Tessa Thompson and Ruth Negga. Both women were great in Passing but I’m not sure if either of them will be a huge awards-season factor. Tessa kind of deserves a nomination? Maybe Ruth does too. I consider both women “fashion girls,” although both of them looked tragic at the Gothams. Tessa’s dress is Bach Mai. Awful. 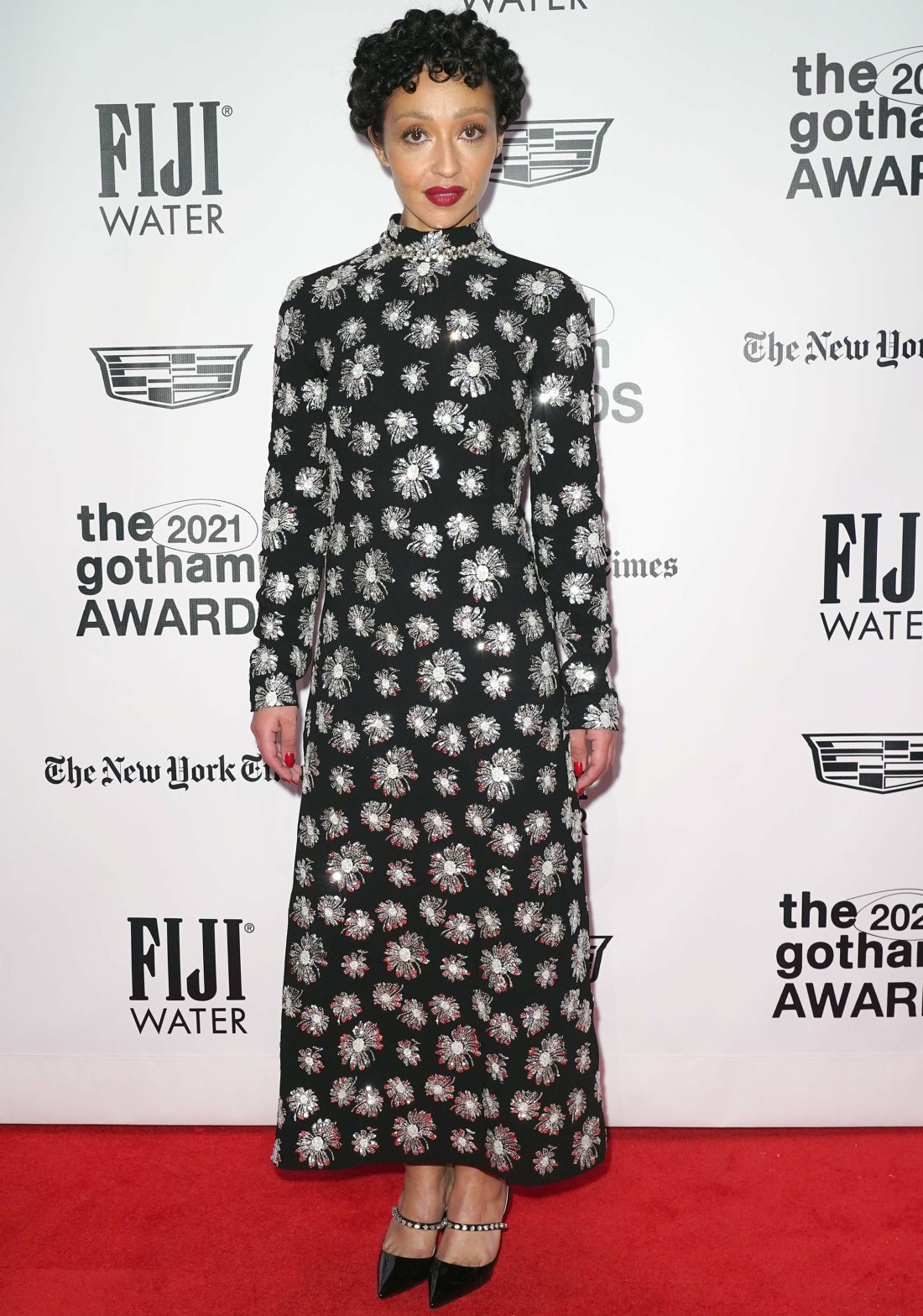 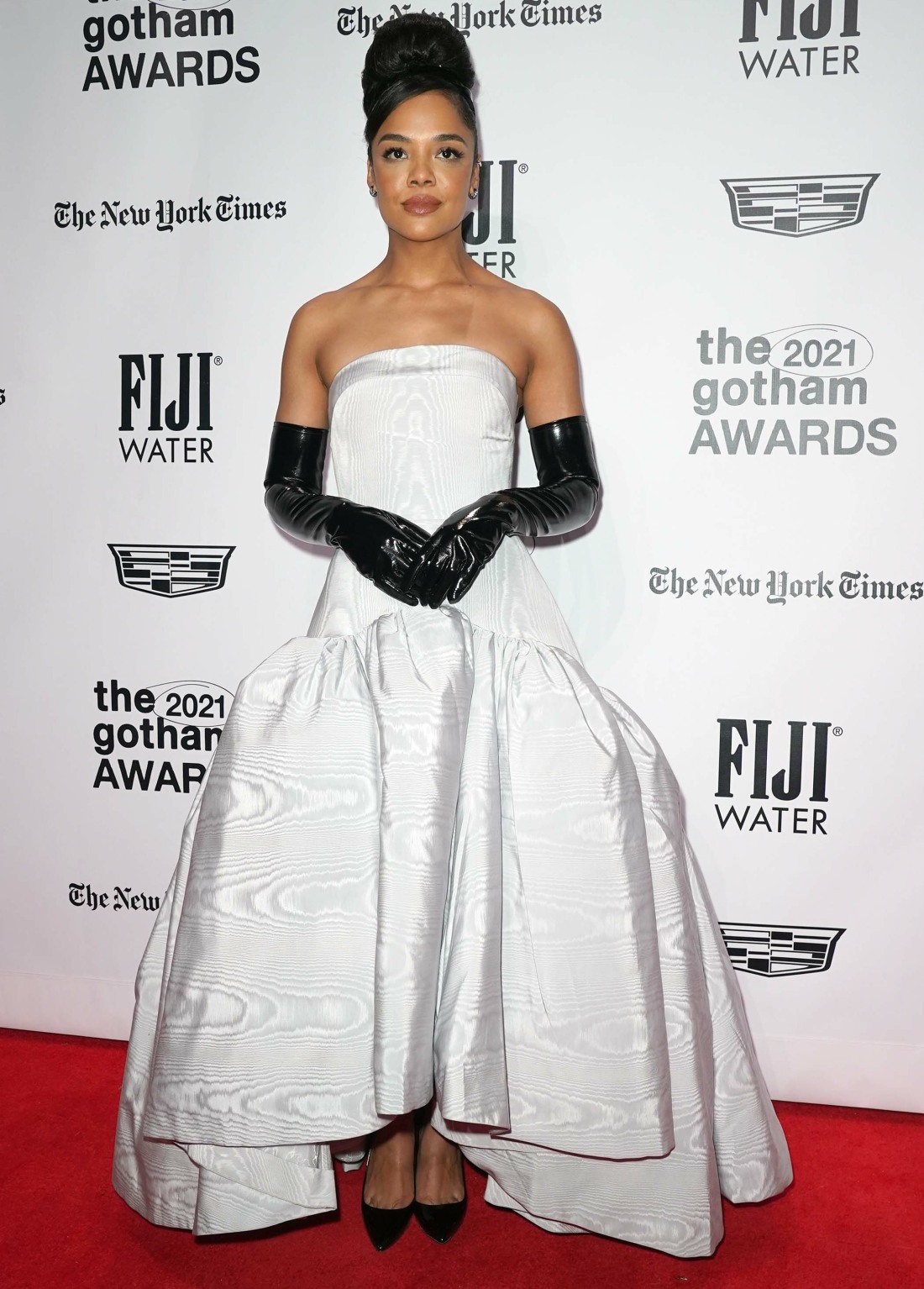 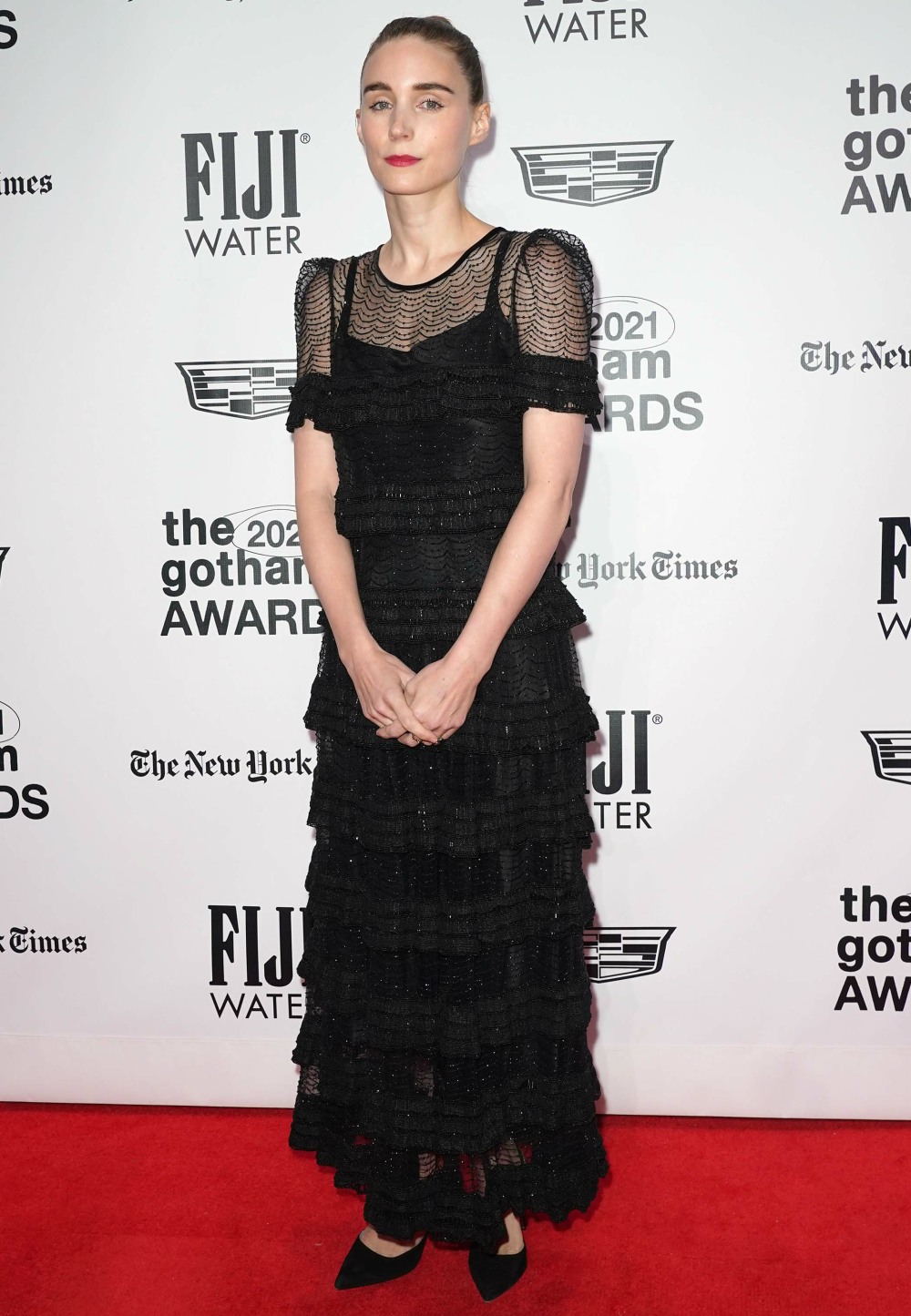