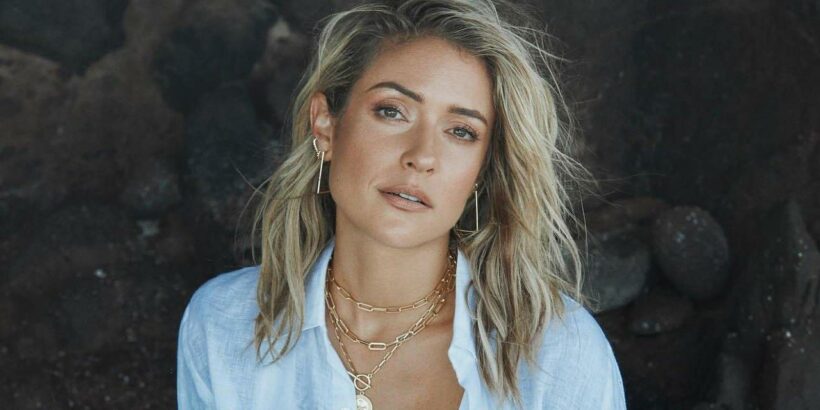 Having been accused of stealing Rachel Beth Katz’s jewelry designs, the former star of ‘The Hills’ insists that her Uncommon James pieces were made independently.

AceShowbiz –Kristin Cavallari has fired back at a copyright infringement lawsuit over her Uncommon James’ jewelry design. It was unveiled that the former star of “The Hills” filed a countersuit against Rachel Beth Katz, who accused her of stealing designs created by the jewelry maker.

For the record, Katz filed the copyright infringement lawsuit more than one month ago. It stated, “[Katz] designed and offered for sale two distinctive jewelry pieces, which are her ‘Diamond Dagger Ring’ and her ‘Diamond Dagger Cuff’… Those pieces use her ‘Dagger Style’ of jewelry design, which constitute the Designs protected by [Katz’s] registered trademarks and copyrights.”

In the court documents, Katz described Cavallari as a “reality television personality who uses her celebrity image” to sell her merchandise, including jewelry. Katz argued that Cavallari’s pieces are “so poorly made, that they have earned an unenviable overall ‘Two-Star’ ranking on Yelp.com from its customers complaining of the unacceptable quality of their jewelry and customer service provided at their Los Angeles location.”

Katz claimed she visited an Uncommon James store in Chicago on January 24, 2021, where she noticed pieces sold at the store were “identical or substantially similar to [her] protected and registered Designs.” She alleged that the former MTV star sells the “Paradise Bracelet” bracelet which is substantially similar to her Diamond Dagger Cuff, which was once worn by Scarlett Johansson and Amber Heard.

Now in her own filing, Cavallari shut down all of the allegations, insisting that her pieces were made independently. She said “the U.S. Patent and Trademark Office notified Katz in 2016 that her designs were not distinctive enough to qualify on the Principal Register,” so they were eventuallly pput onn a secondary list.

The ex-wife of Jay Cutler is asking the court to dismiss Katz’s lawsuit. She also wants a judge to order Katz’s designs are not copyrightable.