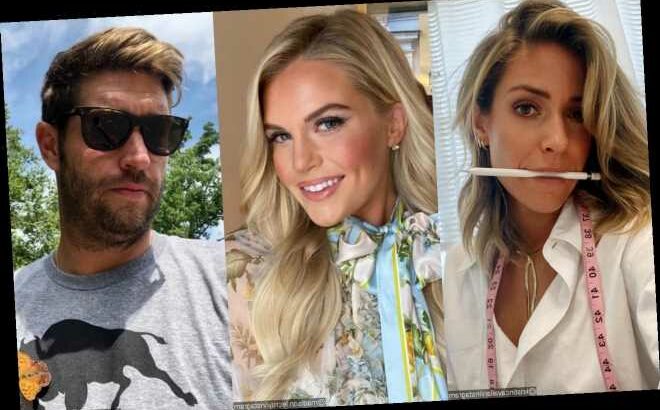 The ‘Southern Charm’ star made headlines after sharing a screenshot of the private conversation she had with the former NFL star who recently sparked reconciliation rumors with Kristin.

AceShowbiz -“Southern Charm” star Madison LeCroy has stirred the pot after she shared on social media some private messages allegedly between her and Jay Cutler after the former NFL star reunited with estranged wife Kristin Cavallari. While Kristin has yet to comment on it, it was her best friend who came at Madison.

On Saturday, January 24, hairstylist Justin Anderson took to his TikTok page to seemingly shade Madison over her claims. “It’s the ‘making something out of nothing for me,” so he captioned a video featuring him sipping an icy drink.

While Justin didn’t drop any names in his post, it’s almost clear that he referred to Madison. In the caption, he wrote, “ba ba doo, ba ba dee ee,” which seemingly was a nod to Mia Sable‘s song “It’s Easy” that serves as the “Southern Charm” theme song.

He then confirmed to a fan that the post was indeed about Madison. “I’m talking about Madison using Kristin and Jay to try and get people’s attention. It was never gonna work,” he shared, adding that Madison “fooled everyone with the victim stuff” on the Bravo show. In a separate comment, he wrote, “If everyone stops saying Madison’s name … she’ll stop making stuff up for attention.” He also called her comments “cheap.”

Madison made headlines after sharing a screenshot of the private conversation she had with Jay. In the texts, she wrote, “What were you coming here for? Cause you didn’t tell me anything.” To that, the retired professional football player replied, “To hang out with u… Do you want to hang out next weekend?”

Madison continued explaining, “I’ve never said anything about Kristin nor would I. I came into this honestly with good intentions. I want no part of being involved in a payback or drama. But you initiated and pursued.” She also explained that she intended to keep “my mouth shut until I get called a liar.”

Her bombshell revelation came two days after Jay and Kristin sparked reconciliation rumors last week. The exes posted on their respective Instagram accounts similar pictures with cryptic captions. “The Hills” alum posed alongside her estranged husband with her leaning over his shoulder. Captioning the picture, they wrote, “The world is full of users. 10 years. Can’t break that.”