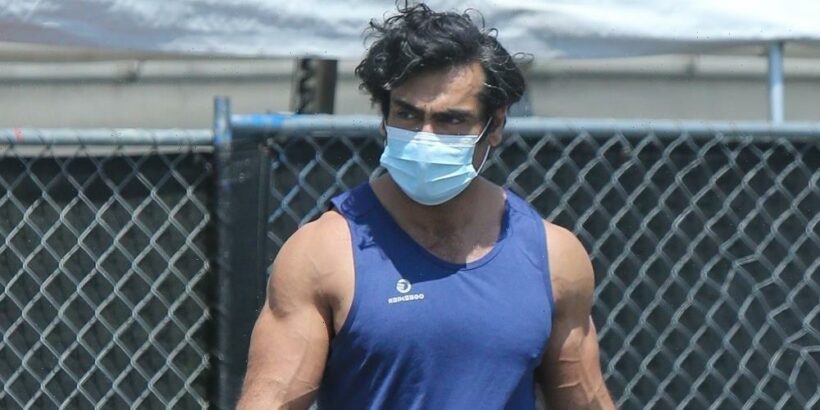 Kumail Nanjiani puts his buff arms on display in a muscle tank top as he leaves a workout in Los Angeles on Friday (April 16).

The 43-year-old actor carried a water bottle and wore his face mask while heading back to his car following his fitness regime.

Kumail first unveiled his ripped body in 2020 and earlier this year, opened up about the beauty standards and misconceptions in Hollywood he was subject to afterwards.

PHOTOS: Check out the latest pics of Kumail Nanjiani

Kumail‘s workout follows the news that he’ll be part of the Disney+’s upcoming Obi-Wan series with Ewan McGregor and Hayden Christensen.

While there are no details about his character just yet, you can still see the full cast on JustJared here!

The series is expected to start filming this month.