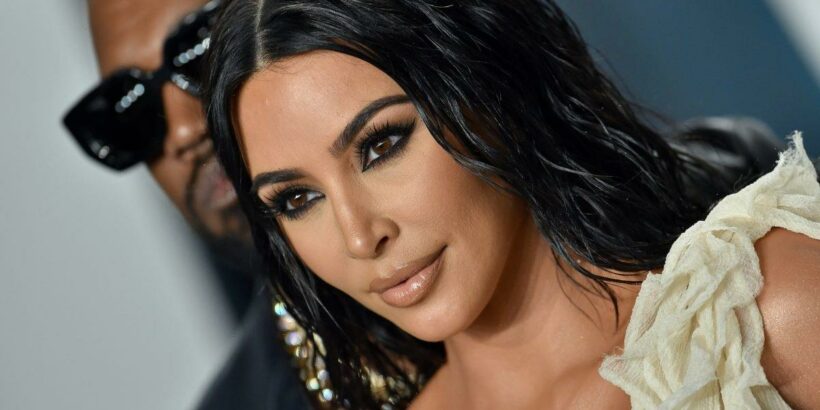 The documentary Framing Britney Spears brought the horrors of fame to light. Britney Spears was a young girl when her career blew up, but the downsides of fame were detrimental to Spears’ mental health. She seems to still suffer from the ill effects of constant public criticism. Spears was basically stalked by the paparazzi, which is something a lot of famous people can relate to. After the documentary came out, celebs took to social media to commiserate with Spears’ plight.

Kim Kardashian was one of them. But fans aren’t sure she really has the right to complain about paparazzi, especially since she seemingly seeks them out.

After watching Framing Britney Spears, Kim took to Insta to share her own stories of public criticism. Specifically, Kim claimed that she was constantly fat shamed, to the point that she couldn’t even leave the house. This was during Kim’s first pregnancy with her daughter North West. Part of the reason the paparazzi may have been so interested in a pregnant Kim has a lot to do with her soon-to-be-ex. Kim was having Kanye West’s baby, and their relationship elevated her fame level from reality TV star to certified A-lister.

With that new fame level came a new level of scrutiny, and Kim may not have been prepared. However, Kim’s fans slammed her response to Framing Britney Spears, claiming that her close relationship with the paparazzi makes it hypocritical for her to complain about the attention.

Fans have been sure for a while that Kim sets up her paparazzi shoots. Kim and the KarJens have alluded to this practice in the past. Reddit recently discussed this issue, and Kim’s most recent ‘candid’ paparazzi pics. One fan pointed out how different the KarJen paparazzi pics look from other celebs’. “You can see the difference between their pap pics and the pap pics of the A- listers, theirs looks staged but a A-list actor/actress or singer they look like normal people out shopping wearing normal clothes, not full glam and or was styled by a stylist.”

Kim and her family have become well known for paparazzi pics in their driveway or near their home. Recently Kim was even photographed getting out of her car and going to McDonald’s. But fans aren’t buying that these are truly candid shots.

The family always looks dressed to the nines. Not many people stop for a hamburger with a full face of makeup. At this point it’s getting to be too much for fans. One wrote “Yes, it’s so embarrassing and I hate that dumb shocked face she pulls while stepping out of the car. Like we get it Kim, we all know this is a set up. “

RELATED: Kim Kardashian West Once Faked Hanging Out With Britney Spears To Manipulate the Paparazzi

Fans have a lot of evidence that the KarJen clan pays paparazzi to edit their photos. It seems that not only do they call the paparazzi to come and photograph them, they also pay them to make sure the pics are up to their standards. The Kardashians aren’t the first celebs to seek out paparazzi attention. Paris Hilton admitted that her path to fame included getting photographed as often as possible.

Kim was once Hilton’s assistant so it makes sense that she took a page from her book. But then the KarJens, possibly at the behest of momager Kris Jenner, took things to the next level. Not only are they photographed as often as possible, but they make sure that all photos are up to their beauty standards.