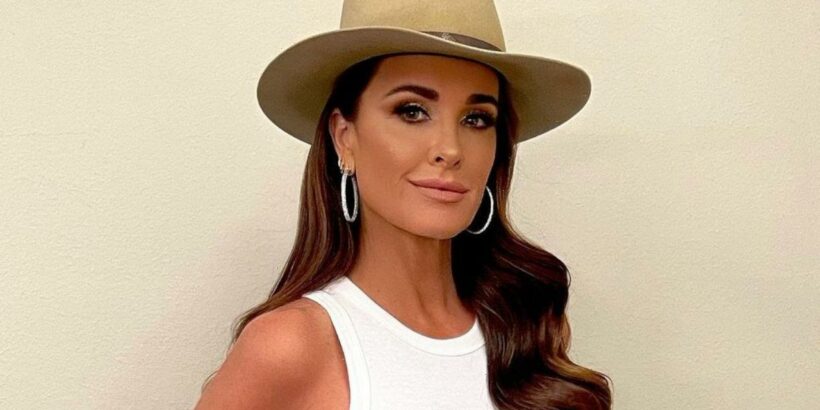 After getting stung multiple times, the former star of ‘The Real Housewives of Beverly Hills’ admits that she struggles with ‘panic attack’ as she is ‘allergic’ and ‘terrified’ of bees.

AceShowbiz –Kyle Richards had offered an update on her health condition after being rushed to hospital for bee stings. In a new social media post, the former star of “The Real Housewives of Beverly Hills” shared a photo of her still “looking like a hot mess.”

On Sunday, July 25, the 52-year-old star, who is allergic to bees, took to her Instagram Story to share a selfie a day after the incident happened. Posing with a group of firefighters, she wrote, “Still looking like a hot mess with my pool hair and sting marks.” The reality star thanked her local Los Angeles Fire Department, saying, “@lafdfirestation83 just came to check on me the day after [love],” adding a hashtag that read, “#supportyourlocalfiredepartment.” 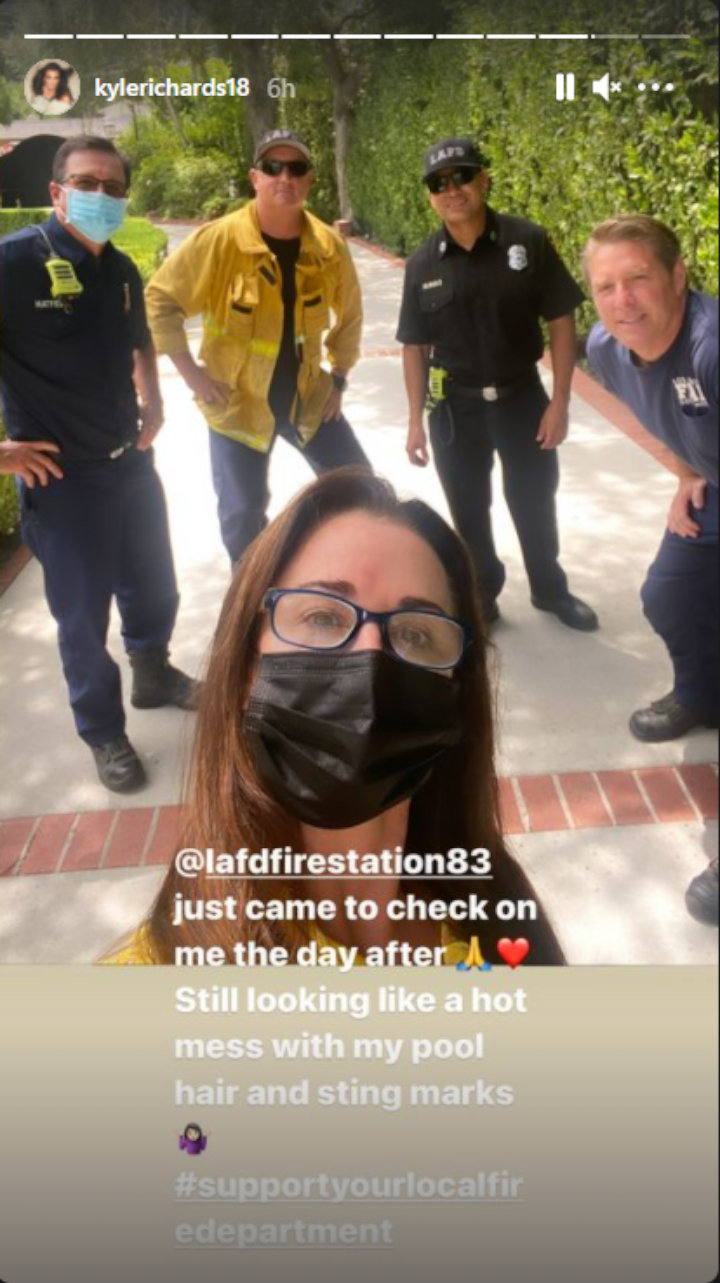 Kyle Richards shared an update on her health condition after being hospitalized for bee stings.

An hour earlier, Kyle revealed that she had been hospitalized after accidentally walking into a hive of bees. “So this happened yesterday,” the former Bravo star opened up. “I walked into a hive of bees and was stung multiple times. If you know me at all, you know I am allergic to bees and am terrified of them.”

“I can laugh at this video now,” Kyle added of the bee attack. She went on to say, “But what you can’t see is that they were in my hair and were literally chasing me. My family wasn’t home and for whatever reason the people that work for me couldn’t hear me screaming for help. My landline wouldn’t dial 911 and my epi pen was defective and wouldn’t open.” 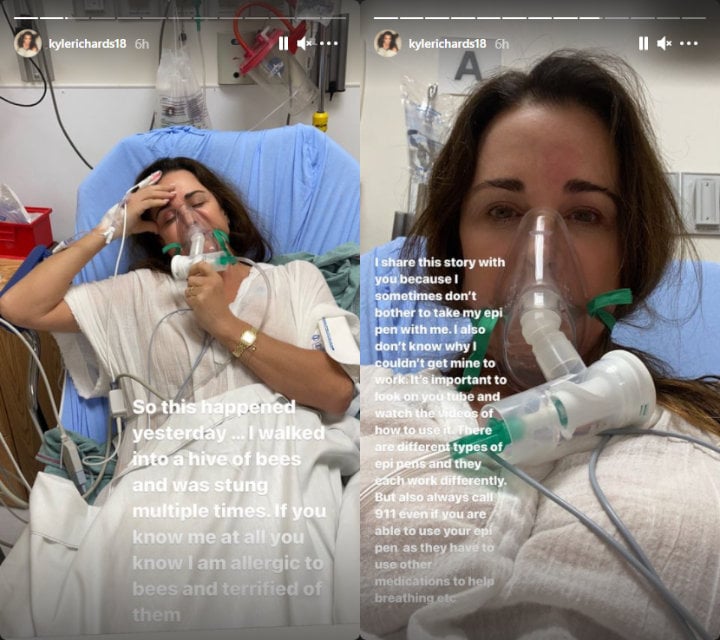 Kyle Richards revealed that she has been rushed to hospital after accidentally walking into beehive.

In a separate pic of herself wearing an oxygen mask while lying in a hospital bed, Kyle penned, “I share this story with you because I sometimes don’t bother to take my epi pen with me. I also don’t know why I couldn’t get mine to work. It’s important to look on youtube and watch the videos of how to use it.” She continued, “There are different types of epi pens and they each work differently. But also always call 911 even if you are able to use your epi pen as they have to use other medications to help breathing etc.” 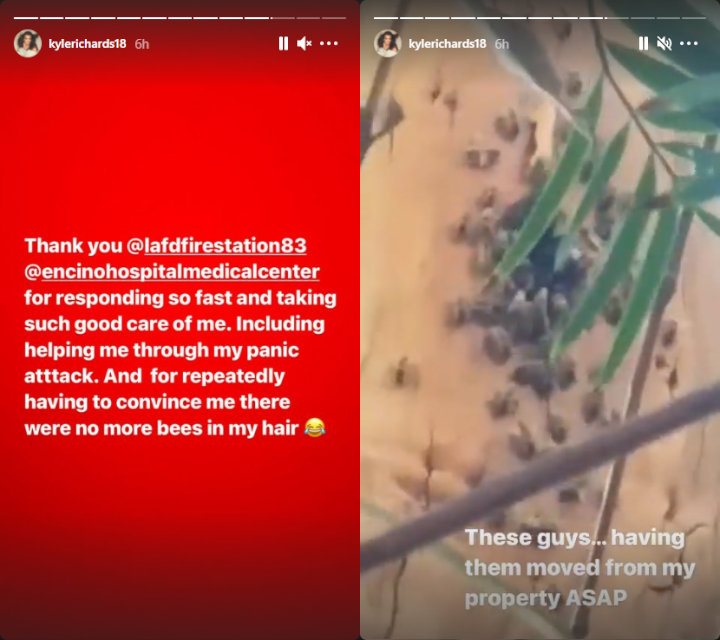 Kyle Richards thanked the hospital for treating and helping her.

Kyle also thanked the Encino Hospital Medical Center for treating her and helping her through her “panic attack” and “for repeatedly convincing [her] there were no more bees in [her] hair.” In a separate Story, the TV personality shared that she planned on having the bees removed from her property “ASAP.”