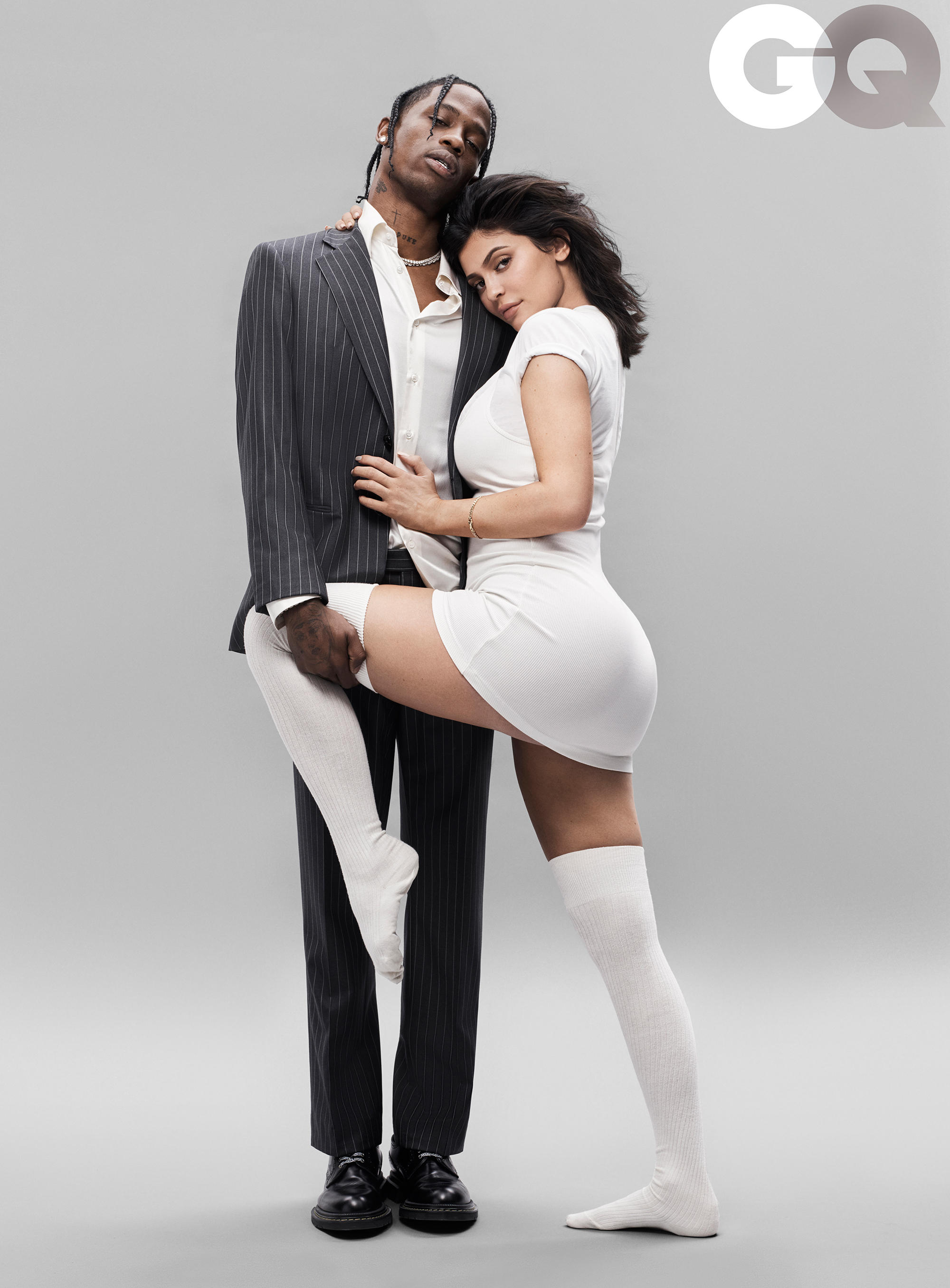 Kylie Jenner and Travis Scott are opening up about their love story. The couple sat down for their first joint interview for the August 2018 cover of GQ.

The Kylie Cosmetics founder, 20, revealed to the magazine that she and the “Goosebumps” rapper 26, never had an official first date. Instead, they hung out at the Coachella Valley Music and Arts Festival in April 2017 before she followed him on tour.

“Coachella was one of the stops on his tour,” Jenner explained. “So he said, ‘I’m going back on tour — what do we want to do about this?’ Because we obviously liked each other. And I was like, ‘I guess I’m going with you.’ … I really jumped on the bus. And then we rode off into the sunset. I did the whole tour with him.” 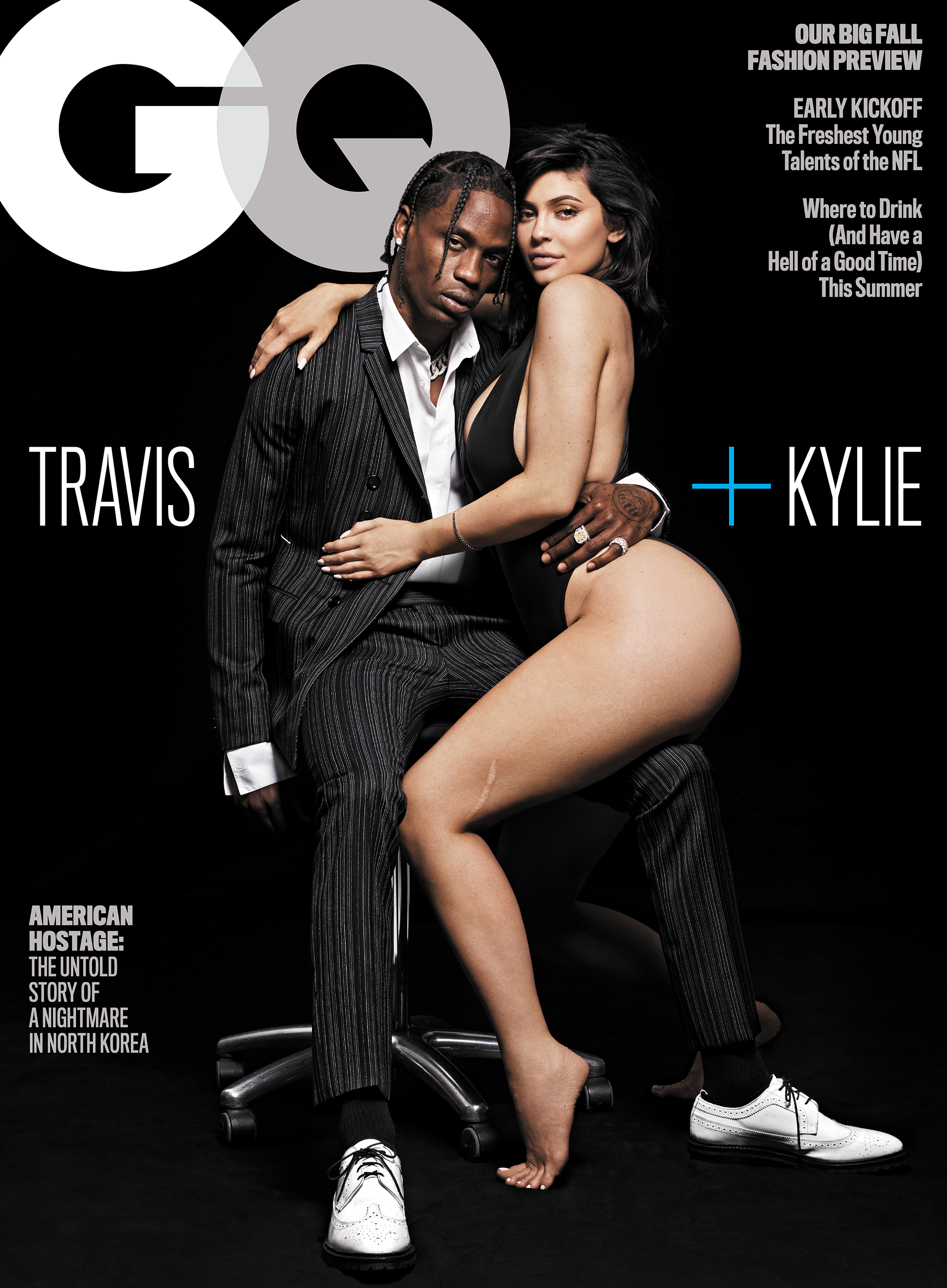 The Keeping Up With the Kardashians star said her mother, Kris Jenner, didn’t mind: “She knows I beat to my own drum. My whole family knows that I do whatever I’m going to do. I’ve been that way my whole life. I don’t really answer to anybody.”

Kylie told the publication that she and Scott “had a lot of downtime” on tour, and described the beginning of their relationship was “organic.”

“We would just go to these random cities,” she recalled. “We got to not be who we really were. Like, if we were in L.A., I feel like it would’ve been way different. Everything happened for a reason. We weren’t going out as ‘Kylie and Trav.’ We would just be in Cleveland, walking the street for hours. We would go on walks, and no one would bother us.”

Not long after, the reality star became pregnant. She stayed out of the spotlight and didn’t announce the news until this February, days after she gave birth to the couple’s first child, Stormi. The musician told GQ that the last time he cried was “when my daughter was born.” He recounted, “It was crazy. I was there through the hell … the epidural and s–t. Crazy.”

Like every couple, Kylie and Scott have their ups and downs. She admitted to the mag that it’s “normal” for them to get “in a little fight” here and there, including the day before their interview. “When we fight, it’s usually just because we’ve been away from each other for too long and we didn’t see each other for, like, two weeks,” she said. “And we have Stormi now, and I can’t travel with her. She’s too young. So it’s harder to see each other.”

But through it all, one thing Scott isn’t worried about is falling victim to the so-called “Kardashian Curse,” a longstanding conspiracy theory that every man who dates a member of the famous family “goes downhill after that,” as momager Kris, 62, put it in a 2016 episode of KUWTK.

“Kylie actually likes me for me,” Scott said. “Man, hell nah. Nervous for what? I’m on my own island. So hey, come over there to Astroworld. I’m not into all the other s–t. I don’t get involved. I’m over here. Kylie is different.”

The new mom added that her beau “doesn’t like the attention,” but they deal with it anyway. “That’s why we just go the extra mile to keep our relationship super private or, like, if he has events or something, I won’t come. Because I want him to do his own thing. I want him to be him. … If people don’t ever see us together, that’s OK with me, because we just do our thing.”

For the latest beauty and style trends subscribe to our new podcast ‘Get Tressed With Us’ below!