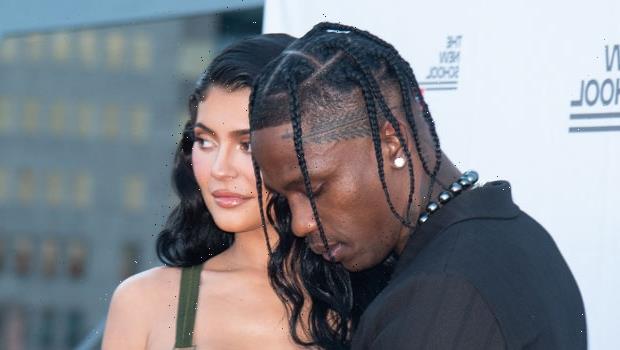 Kylie Jenner and Travis Scott cuddled on and off the red carpet of the Parsons Benefit, where the rapper was honored with an award, and he also called her his ‘wifey’ in his acceptance speech.

Are Kylie Jenner and Travis Scott back together? That’s what many fans are asking after the makeup mogul, 23, and the rapper, 29, cuddled while posing at the Parsons Benefit in New York City on June 15. Travis was honored with an award at the event and his former lady love flew out to support him with their three-year-old daughter Stormi. 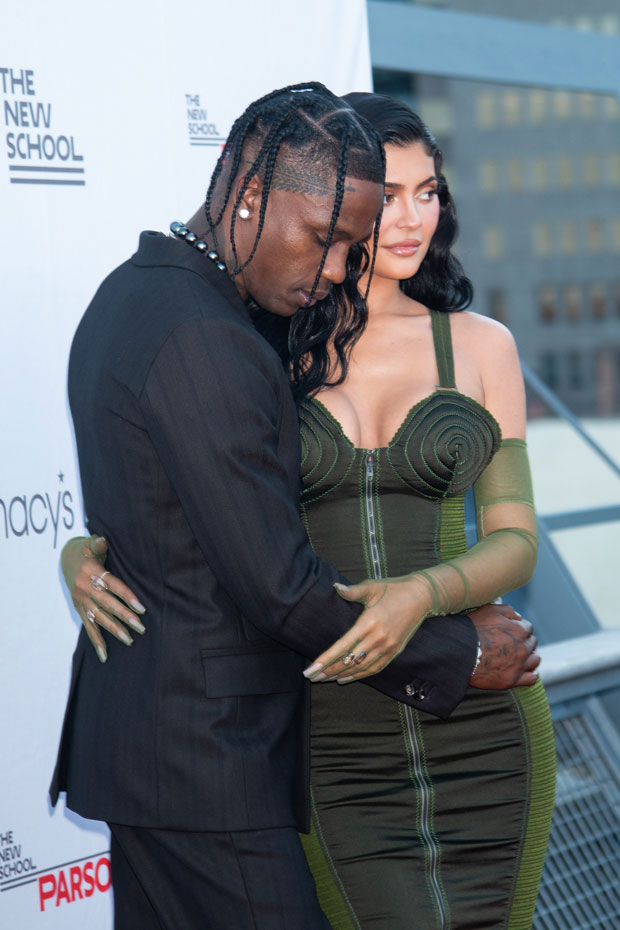 Kylie, who wore a stunning fitted green dress to the benefit, took to Instagram to share one behind-the-scenes photo that showed her standing in front of the father of her child, who wore a black blazer and pants, as he wrapped his arms around her waist and she placed her hands on his. “24 hours in NYC,” she captioned it.

She also shared a TikTok video that documented the day, including the moment she was getting glammed up as well as the moment Travis was making his acceptance speech. Their adorable tot, who wore a cute black mini dress, could also be seen in the clips and she even cheekily posed on the red carpet with her proud parents.

The PDA-filled moments between Kylie and Travis aren’t the only moments that got attention at the event. Travis’ acceptance speech also had people talking after he reportedly called Kylie his “wifey” while thanking her and Stormi. “Stormi, I love you and wifey, I love you,” he said, according to E! News.

Kylie and Travis’ latest appearance together comes after they’ve been spotted on numerous outings over the past couple of months. The ex-lovebirds, who were first romantically linked in 2017, are healthily co-parenting Stormi after splitting up in Sept. 2019 and appear to be as friendly as can be at places like playgrounds, department stores, and more. A source recently told us that they hang out on a regular basis but their relationship is not yet official because of how busy Travis is.

“Kylie knows a relationship with Travis won’t work with his busy schedule and music lifestyle,” the insider EXCLUSIVELY told HollywoodLife. “He doesn’t want to settle down, but she’s actually OK with that. She knows she’s young and doesn’t need that right now. She knows that’s who he is. She’s not looking to be with anyone else or date, but he can’t give her what she needs right now. Maybe in the future that will change, but for now they’re happy with the way their relationship functions. It may be unconventional, but they don’t care. It works for them.”