Kylie Jenner: makeup mogul, mom . . . rule breaker! The 20-year-old was looking forward to “taking another epic bathroom selfie” at the Met Gala 2018 in NYC on Monday, May 7– despite Anna Wintour’s strict “no selfie” policy. 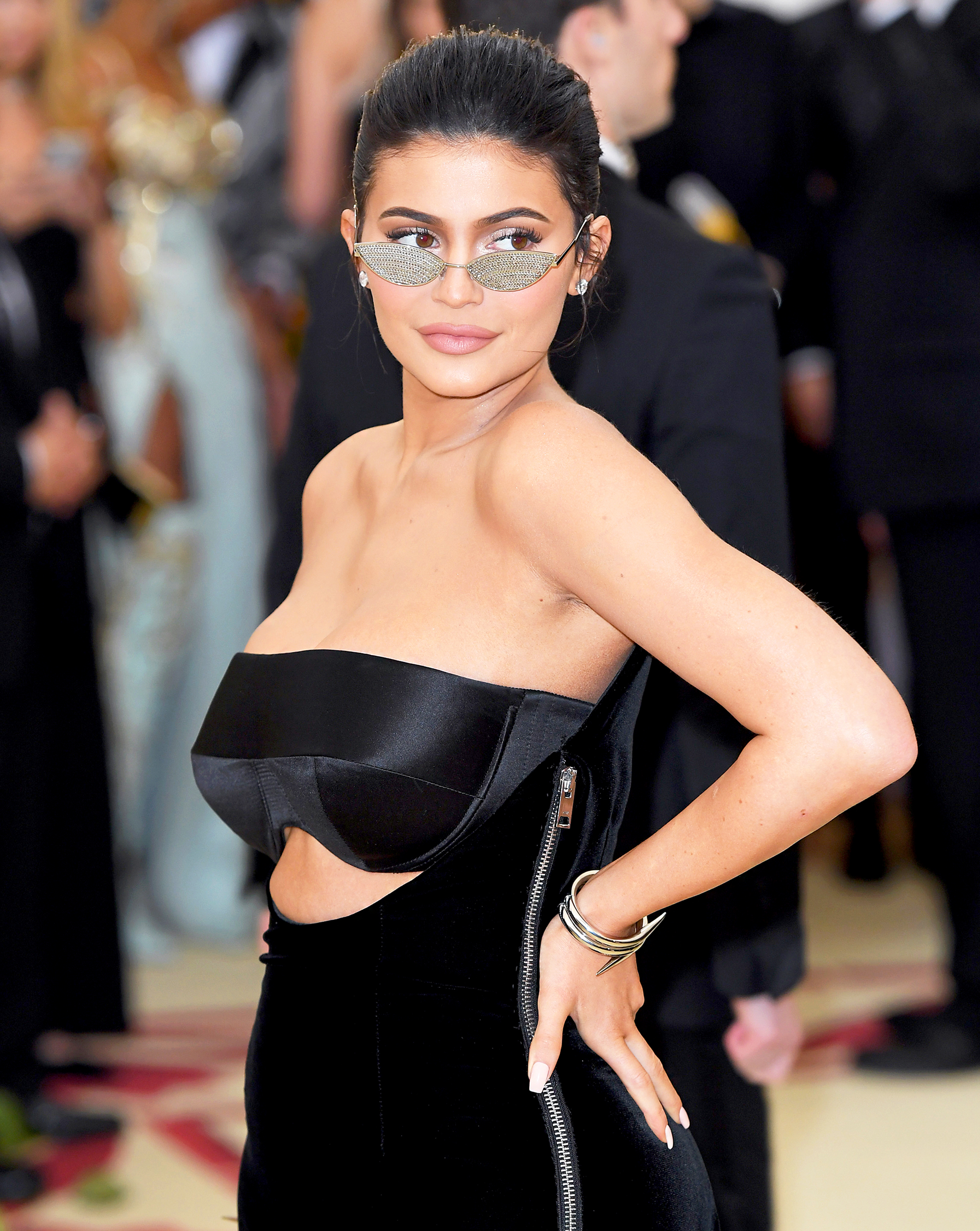 Jenner opened about about her powder room plan during a joint interview with rapper boyfriend Travis Scott. It marked the first time the parents of 3-month-old daughter Stormi have ever appeared together on a red carpet. They didn’t hold back on the PDA, at one point even locking lips as cameras clicked away.

“Parents’ night out for sure,” Jenner told Vogue. “First real party for sure.”

For their big evening on the town, the couple, who have been dating since April 2017, wore matching Alexander Wang black ensembles. Jenner posed in futuristic velvet gown and diamond-encrusted glasses, while Scott looked slick in a military-style suit.

“We wanted to go with something more simple, edgy, young,” Jenner revealed of her design. “That’s exactly what we did.” Scott described his look as “intensity.”

Jenner did snag selfies — but some weren’t in the bathroom. She took lots of them with everyone from sister Kim Kardashian to Jennifer Lopez and Alex Rodriguez. Kardashian, meanwhile, may get a stern call from Wintour as she documented the entire night on her social media!