Kylie Minogue has paid a visit to Melbourne institution Pellegrini's to pay tribute to its late co-owner Sisto Malaspina.

Malaspina, who had run the popular city cafe with his business partner Nino Pangrazio since 1974, was killed in a terror attack in the heart of Melbourne’s CBD in November last year when Hassan Khalif Shire Ali went on a stabbing rampage. 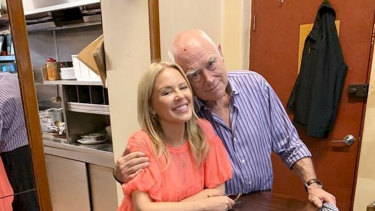 On Wednesday, Minogue, who was born and raised in Melbourne, took time out of her busy Golden Tour schedule – she was set to perform at the Sidney Myer Music Bowl on Wednesday evening – to honour Malaspina. 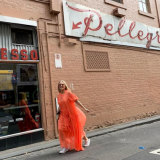 Minogue's respectful nod to the hugely popular restaurateur, who was 74 when he died, did not go unappreciated by fans, with many taking to the comments to praise the singer.

"Beautiful to see the '2 Hearts' of Melbourne beating as one!" said another, referencing one of the pop star's songs. "Welcome home, Kylie! Respect and RIP, Sisto."

Minogue, 50, is nearing the end of her world tour, which kicked off in England in September last year and has taken her to France, Italy, Germany, Denmark and Ireland, among other countries.

Starting the Australian leg of the tour in Sydney on March 5, Minogue has since performed to rave reviews in Perth, Adelaide and Melbourne, with the NSW Hunter Valley and Queensland's Mount Cotton due for their turns on March 16 and 17, respectively.