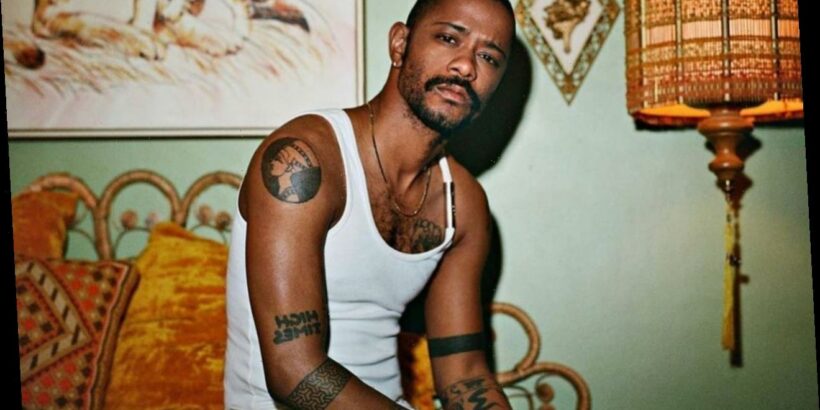 The ‘Judas and the Black Messiah’ actor, who previously admitted he ‘wasn’t very happy’ when posting troubling posts on Instagram last year, confuses his fans after sharing a bizarre new video.

AceShowbiz –LaKeith Stanfield has confused fans with his latest antics. The actor sparked concern anew after he jumped on TikTok to share a bizarre video that featured him brandishing a gun in addition to doing some other random things.

In the now-deleted clip that surfaced online on Sunday, February 21, the “Knives Out” star is seen filming himself in the mirror before whipping a gun which he takes out from the pocket of his pants and points it to his reflection in the mirror. He appears to be hyped up while lip-syncing to a hip-hop song.

The scene then cuts to show him giving a middle finger to FBI informant William O’Neal, whose picture is displayed on the screen of his laptop. He once again shows his gun, which this time is pointed to a picture of another man on his laptop screen. At one other point in the clip, he’s seen holding a mannequin while mouthing the rap lyrics.

As LaKeith gave no clear context as to why he made and posted the video, fans started speculating that his mental health was compromised again. “Wow .. i hope bro good man,” one person reacted after seeing the video.

“Somebody call that therapist,” another wrote, while a third person asked, “Somebody check on him please.” A fourth one commented on the video “This…is…CREEPY!!!! ” Someone else, meanwhile, suggested that the actor might be high on drug as asking, “Is it crack ?”

This isn’t the first time for LaKeith to share an eyebrow-raising post on his social media account. Back in August 2020, he sparked concerns after uploading on Instagram some videos of him pouring liquor into a blood pressure pill bottle before drinking it.

Underneath a video of him pouring the alcohol into the bottle, Lakeith wrote, “I like to be by myself because I can hurt myself and no one tells me to stop or fakes like they care.” In a separate post, the actor added, “Reality is boring and moves too slow and no one is trustworthy.” He also stated that he’d like to be inside because “outside is crazy.”

He deleted the posts shortly afterward, as some of his friends quickly reached out to him. One of them was “The Real” host Loni Love, who later informed his fans, “I had someone contact LaKeith .. he’s ok … I trust the person and can say to stay tuned…” Meanwhile, journalist Britnie Danielle said, “Heard from my boy who knows LaKeith. He said they spoke and he’s fine. Those pill bottles are old, according to him. Told him to tell Lakeith to stop posting cryptic ish and freaking people out.”

In an interview with The Hollywood Reporter published in November 2020, LaKeith explained why he posted the videos, “That was just a way to show what I was feeling in visual form.” He went on sharing, “But the truth is, I wasn’t very happy. I was keeping sad-boy hours. I was going through things. I’m learning maybe Instagram’s not the best way to channel some of that stuff.”

According to the publication, the “Judas and the Black Messiah” star at the time just lost someone close to him, and to improve his moods he has been seeing therapists, doing yoga, and working on music as well as trying not to let anything get to him.