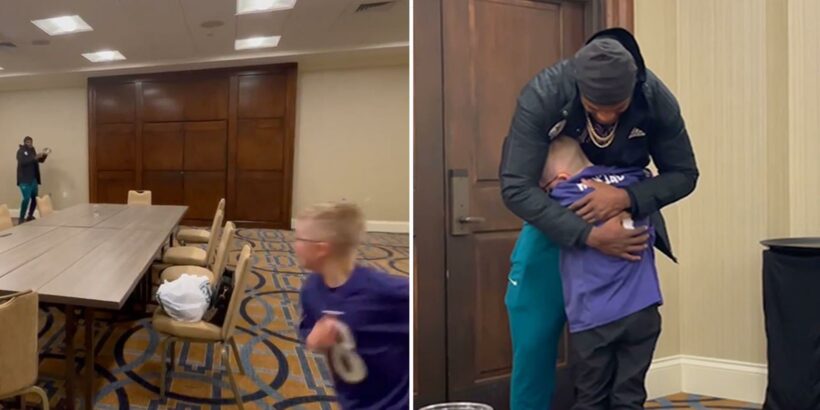 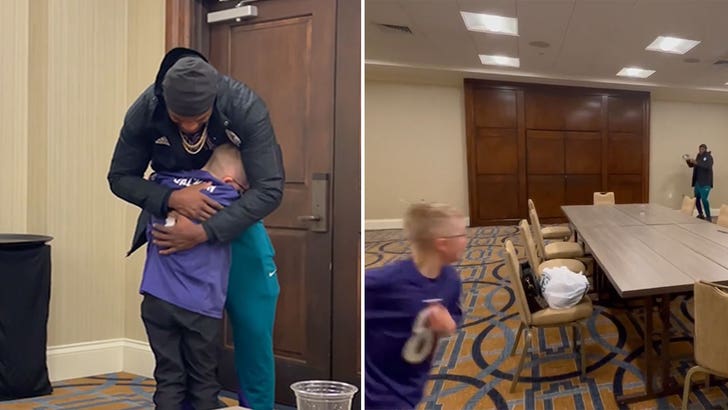 Lamar Jackson paid a surprise visit to a young fan before the Ravens’ big game on Monday — and the little boy was so moved by seeing the QB in person, he cried tears of joy!!

The heartwarming moment happened just before Lamar beat the New Orleans Saints on “Monday Night Football” — when the Ravens star snuck into a room to say hello to Landon, one of his biggest fans.

You can see in video of their interaction, filmed by Landon’s father, the boy was so shocked to see the former MVP in the flesh — he ran over to hug him, and wouldn’t let go!!

At one point during their embrace, the kid even began crying hysterically.

“He’s making my day,” Jackson said with a smile. “Wipe your tears, man.” 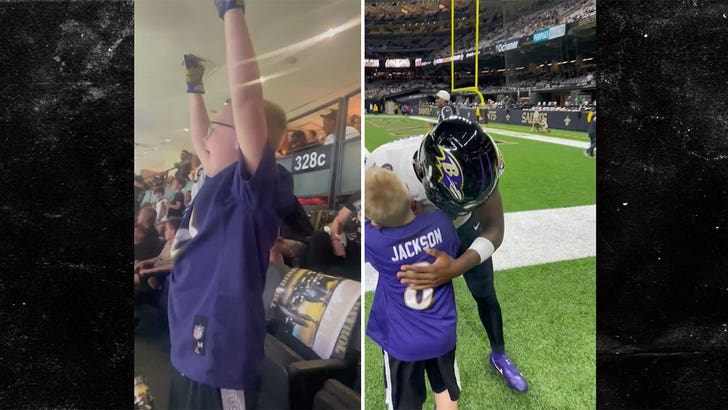 Landon — who’s battling a heart condition — eventually got to go down to the field with Jackson … taking a pic with the signal-caller and enjoying the quarterback’s talents up close.

He also met several Ravens players on the field … and even got hooked up with autographs. 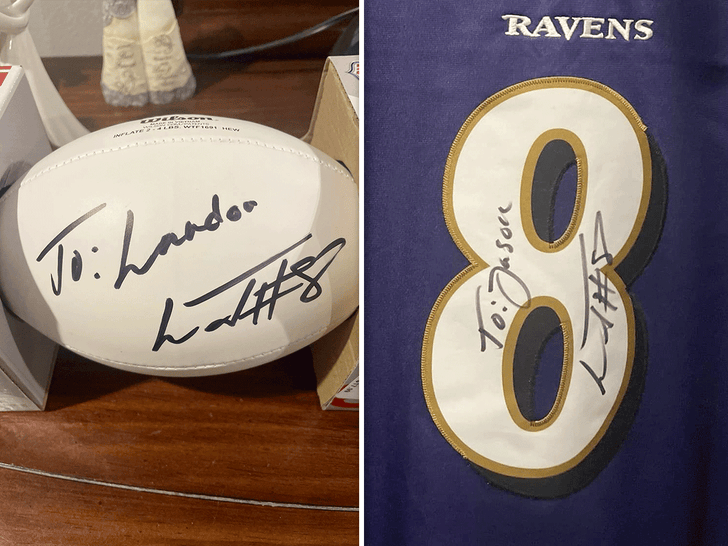 Landon’s father, Jason Berry, said all of it was made possible after he realized the Ravens would be playing the Saints in New Orleans this year. While residing in Mississippi, he emailed multiple people at the Ravens’ and Saints’ organizations asking if Landon could meet LJ … and someone eventually replied.

“My heart melted because I knew I was going to be able to fulfill my son’s dream,” Berry said in a post about the experience on his social media page, “What an unbelievable experience for Landon (one we know he will NEVER forget).”

Berry added, “What an amazing two days. I can’t even put it into words how amazing.”