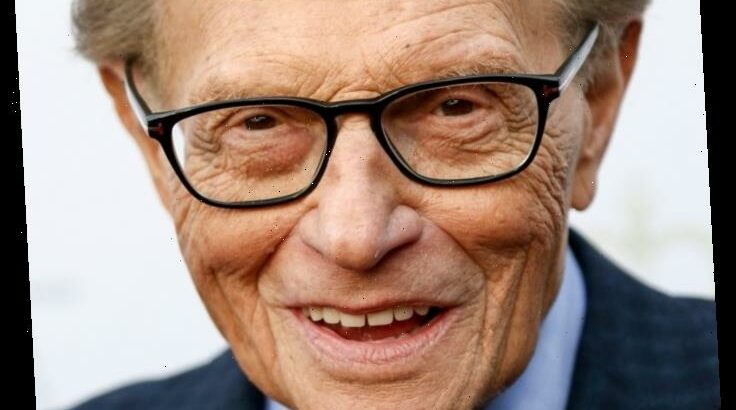 Legendary television and radio host Larry King was adored by many who watched his show countless nights. Viewers watched for years as interviewed the biggest celebrities in Hollywood and others who gained public attention. As news broke about his death, many reflected on the person he was and shared the memorable moments from his television show on social media.

King, who was age 87, was diagnosed with COVID-19 in the weeks before his death and was hospitalized due to his symptoms.

In earlier interviews, King spoke about his perception of death and the actions he wanted his loved ones to take following his passing, among these wishes which included freezing his remains.

“I used to be afraid of death and now I’m not afraid of death,” King said in an interview with KTLA in January 2020. “I don’t know what changed.” King further talked about his newfound perspective, sharing, “I still read the obits and I also looked into the idea of being frozen because then, I’d wake up in 100 years and they cured whatever I died of, and I’m alive again.”

“Someone said to me, ‘But, you won’t know anybody?’ and I said, ‘I’ll make new friends,’” King added. “I’m not afraid of it now because it’s the one thing all of us are going to face. And when you face all these illnesses and you can come through and buy some time — I’m 86. What’s the average age of the American male? 76? 77? I beat it by 10 years.”

Why Larry King desired to be frozen after death

King also previously shared that his desire to be frozen after death was rooted in his disbelief of an afterlife. “I don’t believe in an afterlife. I can’t, I just never accepted it,” he said in an interview on Conan in 2014. “I never made that leap of faith. So, that means when you die, it’s bye-bye baby. So the only hope, the only fragment of hope, is to be frozen and then someday, they cure whatever you died of, and you’re back.”

King also believed being frozen is the only option he had for possibly coming back later in life. He shared this sentiment with Dr. Oz in 2014, saying, “I think when you die, that’s it, I don’t want that to be it. I want to be around. So I figured the only chance I have is to be frozen, and then, if they cure whatever I died of, I come back….is it a better thought than being in the ground? Being cremated?”

Though the initial release informing the public of King’s passing does not specifically mention if King’s remains were expected to be frozen, many wonder if this concept is something that is in the works.