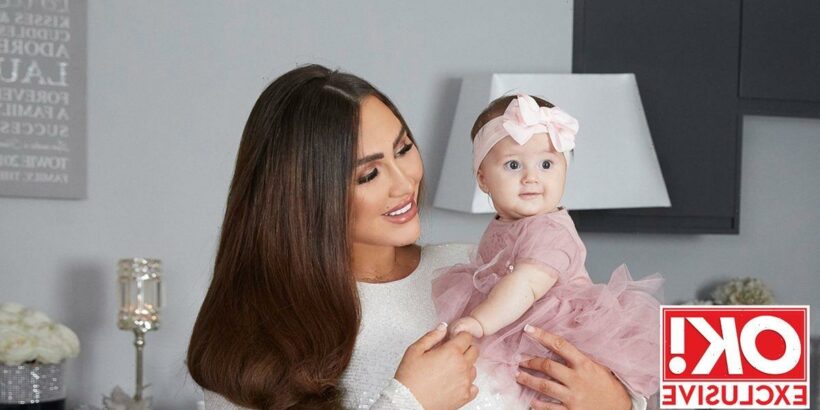 Lauren Goodger has detailed how she endured a terrifying hospital dash with her baby daughter Larose after the five month old became “lifeless”.

Larose caught bronchiolitis last month and the former TOWIE star has described how things with the tot took a turn for the worse two weeks later.

Opening up about the ordeal, Lauren told new!: “Two weeks later, through the night, she woke up and was boiling – she was 39ºC. I started panicking; she just wasn’t herself.

“I was on the phone to 111 all day and they said: ‘We’ll call you back.’ I waited until early evening and no one called me back. I must have rung them four times.

“I booked an appointment at a private hospital, started making my way there and then they rang me and said the doctor had gone home sick.

“Then 111 rang me and I spoke to a doctor who said the best thing was to take her to A&E.”

Lauren, who shares Larose with boyfriend Charles Drury, went on to explain she was “really scared” when her little one seemed “lifeless” after speaking to 111.

“Me and Charlie weren’t together at this point, so I had to ring him and let him know what was going on,” she added.

“Her skin went all mottled, she was lifeless. It really, really scared me! When I got in there I said: ‘What’s wrong with her?’

“She was so hot and not herself and you could see it in her eyes – she didn’t look right.

“She was white as a ghost and she hadn’t had a wee all day, so she was really dehydrated. She was sucking on the boob, but not actually drinking.”

The mum-of-one was initially told her baby girl had sepsis, but thankfully after some tests the doctors confirmed she had a fever from the infection and she was put on antibiotics and a drip.

But that did make the incident any less horrifying for the star and Larose, who both recently came down with Covid.

Lauren continued: “I was all emotional and then I went to see a doctor. They tried to hold her down and bend her arm back to get a cannula in.

“My baby was looking at me and I’d never seen a look on her face like it. I was crying going: ‘Please, what is wrong with her?’

“They said: ‘She’s got sepsis. We’re going to keep her in for a couple of days and do some tests.’ They took her bloods and I was there with Charlie.

“Because I’d been up the night before with her, I didn’t sleep for 24 hours. They finally gave me a room and gave me a chair and only one of us could stay. It was just awful.

“The tests came back and they said: ‘She hasn’t got sepsis, she’s got a fever from an infection.’ I was like: ‘Phew!’ She was on antibiotics and a drip. By the second and third day, she was more herself.”

Lauren concluded of the ordeal: “It scared the life out of me. It was really worrying. I was crying all the time and I couldn’t have Charlie there. I couldn’t wait to get her home.”

Interview by Gemma McCartney. Read Lauren's full interview – and see all the pictures from her stunning shoot with Larose – here. For the latest on all your favourite celebrities, sign up for OK!'s daily newsletter here.