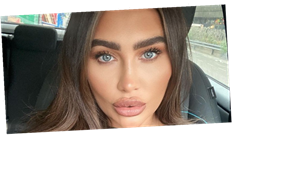 She made a name for herself on The Only Way Is Essex when it originally aired in 2010, and despite bidding farewell to the reality series, Lauren Goodger has insisted the original cast were more 'real' than the newer stars.

The mum-to-be, who showcased her incredible blonde hair transformation, said there's "too many" reality stars now and the new batch have "had so much work done".

Speaking on Robert Hisee's The MindKite podcast, the 34 year old expressed: "It was so much more innocent and genuine.

"They've got hair and make up, stylists, extensions… we were real, no extensions no nothing. It was what it was.

"Instagram wasn't about when I first started. I used to hate it. Two or three [a night]. It was always me and Arg.

"He never drove and I used to drive. I remember driving to Hull or somewhere mad, but I would never stay in a hotel and I didn't drink," she recalled.

"I used to stand there and you just had queues of people, 'Can I have a photo?'

"We won a bafta for the first series – it was such a hit. Now, there's so many reality stars – Jesus, I don't even know half of 'em."

Since leaving TOWIE in 2012, Lauren has gone on to make plenty of other television appearances in shows such as Dancing On Ice, Celebrity Big Brother and Celebs Go Dating.

As well as her professional life, the reality star's personal life is also in a great space as she is currently expecting her first child with boyfriend Charles Drury.

The television personality, who said she 'plans to ditch her old style', announced she was pregnant with Charles on 18 January 2021.

Speaking about her relationship with her beau to new magazine, Lauren gushed: "We're very comfortable with each other and we've been through a lot.